Review: A Tale of Three Sisters

Cemre Ebüzziya in A Tale of Three Sisters

After Frenzy [+see also:
film review
trailer
interview: Emin Alper
film profile], which earned him a Special Jury Prize at Venice, Turkish director Emin Alper returns with something completely different: presented in the 69th Berlinale’s main competition, A Tale of Three Sisters [+see also:
trailer
interview: Emin Alper
interview: Emin Alper
film profile] is an oddly theatrical, sombre fairy tale for adults. The kind to tell by the fireplace on a cold night, which is precisely what the characters actually do at one point, making one anticipate the imminent sound of pages turning and some soft-voiced narration. But Alper likes to hide in the dark, and for every moment of wonder, he digs out another that’s full of longing and pain, as the three sisters Reyhan, Nurhan and Havva (Cemre Ebüzziya, Ece Yüksel and Helin Kandemir) gather again in their village in the middle of nowhere.

They are all waiting, mostly for the same thing, but instead of Prince Charming, all they get is one chance to escape to the city – a bit like Chekhov’s Irina, “dreaming of Moscow every night”. But here, it arrives in the unremarkable shape of a prosperous doctor, looking for a live-in babysitter for his spoilt offspring and introduced already driving the second sister back home, after she unwisely dared to discipline them. This means the much sought-after slot is open again, paving the way for petty rivalries to run wild.

A Tale of Three Sisters, although most certainly overlong, is all about that longing for something – anything, really – when you don’t have many options left, save for the doctor’s house or some fleeting mention of an aunt in Ankara. But instead of pining, these girls still try to fight – mostly with their hot tempers and caustic tongues, as hardly any exchange is made without some kind of confrontation being ignited. Stuck in a stuffy home with their father or, in Reyhan’s case, tied down in a ridiculous marriage with a local halfwit, orchestrated to avoid a scandal after her city adventure ends in more than just a new experience, they air their frustrations along with the sheets, washed every two months and not a day sooner.

In such a setting, one would expect to see at least one of them sew six magical shirts for her swan brothers, rather than discuss sexual pleasure and male genitalia, but that’s precisely what you get – Alper may be in a mood for a tale, but first he makes sure all the kids are safely tucked up in bed and fast asleep. His little village seems realistic enough, with rampant chauvinism and not-too-subtle ways of claiming “marital privileges”, and yet its complete isolation turns it into some imaginary land, brimming with desperately unhappy people and a cheerful madwoman with a penchant for somersaults, keeping watch over it as best she can. She can’t keep all the evil away, that much is clear; but she can stand and stare, sometimes petrified or confused by her own discoveries, and sometimes just smiling with wonder. So can we.

A Tale of Three Sisters was written by Emin Alper, and was produced by Nadir Öperli and Muzaffer Yıldırım, of Turkey’s Liman Film and NuLook Production. It was co-produced by Jonas Dornbach, Janine Jackowski, Maren Ade, Stinette Bosklopper, Yorgos Tsourgiannis, Lisette Kelder and Enis Köstepen, of Komplizen Film (Germany), Circe Films (Netherlands) and Horsefly Productions (Greece). Its world sales are handled by The Match Factory.

more about: A Tale of Three Sisters

Interview: Emin Alper • Director of A Tale of Three Sisters

“This time, I was more interested in the human condition”

BERLIN 2019: We met with celebrated Turkish director Emin Alper after the screening of his dark fable, A Tale of Three Sisters

Interview: Emin Alper • Director of A Tale of Three Sisters

“This time, I was more interested in the human condition”

BERLIN 2019: We met with celebrated Turkish director Emin Alper after the screening of his dark fable, A Tale of Three Sisters 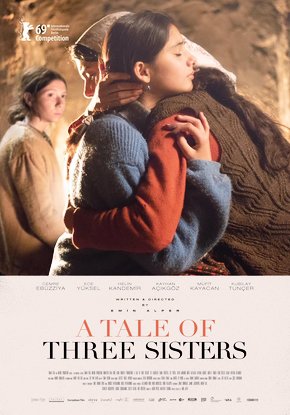 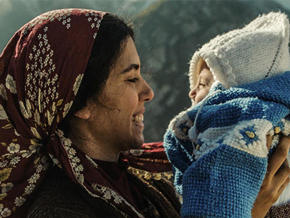 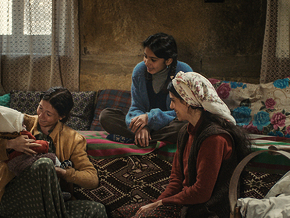