BERLINALE 2019 Out of Competition

13/02/2019 - BERLIN 2019: André Téchiné directs a film about a grandmother played by Catherine Deneuve, who finds herself in a very stressful situation when her grandson announces he’s going to Syria

Catherine Deneuve and Kacey Mottet Klein in Farewell to the Night

André Téchiné's latest film, Farewell to the Night [+see also:
trailer
interview: André Téchiné
film profile] screened out of competition at the 69th Berlin Film Festival, opens on a shot of the sunny countryside followed by a sudden eclipse. With this incipit, the film compares two opposing worlds. The first one, which is radiant and bursting with life, sheds light on an equestrian centre and cherry orchard run by Muriel (Catherine Deneuve) and her partner, Youssef. Muriel is rather perky on the first day of spring in 2015 given that her grandson Alex (Kacey Mottet Klein, also in Téchiné's previous film at Berlin, Being 17 [+see also:
film review
trailer
Q&A: André Téchiné
interview: Kacey Mottet Klein
film profile], in competition at 2016) is stopping by to say farewell before he heads off to Canada. She has no idea that her world, consisting of simple work among nature and animals, in a close-knit community she has belonged to for a long time, will soon come crashing down with her grandson’s journey to an unknown, impossibly dark and unimaginable world.

We very quickly realise that something is up – Alex's childhood sweetheart, Lila (Oulaya Amamra) seems a little too moderately impatient and when Alex sees her again, he doesn’t even give her a kiss... – and the film soon reveals what it's all about, almost aimlessly: Alex and Lila are preparing to go to Syria to go fight alongside the Jihad, a trip that so many lost children have embarked on.

It seems almost unthinkable for Muriel, and we too are stunned and distraught when she finds out about their "decision,” which is impossible to apprehend because it makes, basically, no sense – no more so than a sentence uttered by a jihadist at the beginning of a meeting: “there is cheese, honey and video games," or the somewhat shaky reasoning that suddenly turns this loving grandmother into a "unbeliever,” illustrating just how brainwashed the young couple really is. We are fully immersed into the world of the absurd. The inflexibility of these aspiring jihadists is meaningless given the contradictions and nuances of their own humanity. The satisfaction of being "a handsome kid" in Syria seems to belie the couple’s decision to go, and their inevitable death seems irreconcilable with Lila's emotional statement that she wants children one day, her and Alex's gentleness in striking contrast with their plans.

Indeed, their choice to go to Syria is also not in keeping with their romantic idealism, which is nevertheless suggested as a possible "explanation," as is Alex's complicated relationship with masculinity and, in fact, the construction of his own identity, but even the story of a repentant, Fouad – which is strangely reassuring given that it exists in a past that has since been remedied – only serves to accentuate Muriel's helplessness – which is accompanied by an occasionally affectionate, mobile, worried and inquisitive camera – because it's the reaction of a woman who grew up in a multicultural and open world that we relate to the most. And despite having a window into everything happening on online and on social networks, we have no better a hold on its perverse, diffuse and incomprehensible effects.

And so, Téchiné's film, which leaves us in as much doubt about the past as it does about future of this young couple, provides no answers and is all the more disturbing for doing so. It simply confronts us, over the course of a few spring days, with an eclipse that can’t be seen with the naked eye, resulting in total extinction.

Farewell to the Night is a Franco-German co-production in collaboration with Curiosa Films, Bellini Films, Arte France Cinemas, ZDF/Arte, Legato Films and Films Boutique. The film's international sales are being handled by France Télévisions Distribution.

more about: Farewell to the Night 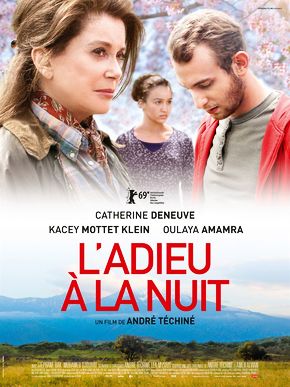 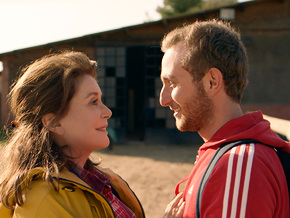 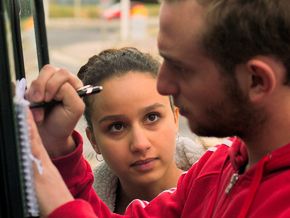 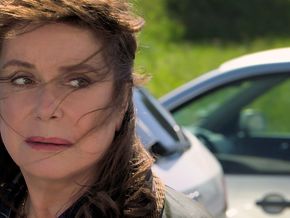 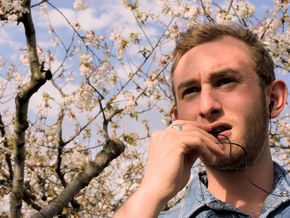 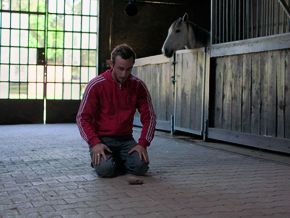