Review: Symphony of the Ursus Factory

Polish visual artist and social activist Jaśmina Wójcik has been awarded countless times for her work, which ranges from video creations and paintings to public walk-in projects and interactive installations. Based on the stories of individuals, Wójcik’s art aims to rekindle and reconstruct a long-lost communal memory that links Poland’s socialist past with the ethical layers and social consciousness of the present. Her debut feature-length documentary, Symphony of the Ursus Factory [+see also:
trailer
film profile], is a time-travelling sonic and visual experience that was developed at the 2018 edition of ZagrebDox Pro, and is now competing in the International Competition of the 15th ZagrebDox.

Built on the outskirts of Warsaw, the Ursus Factory was one of the largest producers of agricultural machinery in Europe. Once a landmark representing Polish industrial strength, the factory covered 170 hectares, produced 100 tractors per day and employed 20,000 workers. After the collapse of communism, production levels declined dramatically, the factory site went to ruin, and the workers were laid off.

Wójcik visited the former Ursus Factory some years ago, curious to find out where these people had gone. After creating an acoustic walk-in installation on the abandoned site, using pre-recorded interviews of former employees, she decided to take a more active approach. Along with co-writer Igor Stokfiszewski, she worked on an Ursus Factory “spoken essay”, in the form of a diary based on the stories they had collected. These interviews with the erstwhile workers offer glimpses of a glorious, or simply efficient, past, when there used to be a lively community in a highly active factory. Through that process, the artists realised that, in the case of most of their interviewees, their daily routine had been subconsciously “recorded” and somehow enshrined in their lives.

This is the turning point for Symphony of the Ursus Factory, as instead of delivering another talking-heads documentary, Wójcik decides to re-enact a day at work at the Ursus Factory. Divided into three parts, the film starts with the workers narrating their stories while they are getting ready for their commute, with some of them still living in accommodation in the Ursus district of Warsaw. The innovative participatory part begins as soon as they arrive at the ruins of the plant. There, in a post-apocalyptic environment, lensed by Kacper Czubak, and using sounds and body memory, thanks to Rafał Urbacki’s choreography and Dominik Strycharski’s experimental music, the former workers physically re-enact a full shift in their now-inexistent workspace. Blending live performance with sound installation, they physically relive every gesture and sound that brought this community to life, blurring the boundaries between actual and fictional reality. The visual story, conceived by Jakub Wróblewski, transcends the limits of factuality when, symbolically, over 20 tractors return to the factory where they were built to perform a pre-arranged “dance” sequence.

Impressive as a concept and making use of a highly appealing visual language, Symphony of the Ursus Factory is a true commemoration of a forever-bygone era and, most importantly, is dedicated to the people who toiled long and hard to build Poland’s modern-day status. Some elements of nostalgia are still present and sugar-coat some of the facts, but this is acceptable for a hybrid, creative documentary verging on socialist realism. Imbued with a social and communal essence that is all but lost nowadays, the documentary stays faithful to these values, paying tribute to the workers’ culture and an industrial past that should still be remembered today, without ever neglecting its artistic side.

Symphony of the Ursus Factory was co-produced by Wojciech Marczewski and Zuzanna Król for Wajda Studio, with the Mazovia Warsaw Film Commission, MX35, the Warsaw Documentary Film Studio and Kronika Film Studio. Berlin-based Monoduo Films is handling the world sales.

more about: Symphony of the Ursus Factory

Review: Symphony of the Ursus Factory

The 15th iteration of the industry training programme will welcome 12 documentary projects to its Pitching Forum, and organise master classes with Želimir Žilnik and Sergei Loznitsa

The ZagrebDox Pro awards go to projects from Croatia, Bosnia and Poland

The Croatian project One of Us has taken home the HBO Europe Award, Bosnia's The Infidel won the Online Mentor Award, and Poland's Symphony of the Ursus Factory bagged the DCP Award

ZagrebDox Pro kicks off with 12 projects

In addition to the Pitching Forum, the event will present a panel on the success of Serbian documentaries, and lectures by Talal Derki, Anna Zamecka and Eva Mulvad 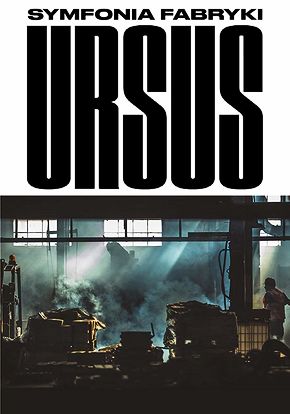 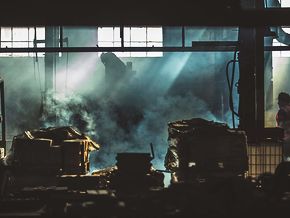