08/03/2019 - The characters in Koldo Serra’s zesty, tense and rhythmic film about a robbery have fun, surprise us and make us laugh in some rather extreme situations

Nathalie Poza and Hugo Silva in 70 Big Ones

After a rather splendid debut with Backwoods [+see also:
trailer
film profile] – in which the director displayed his passion for action films, drama and 1970s American violence, such as Sam Peckinpah's Straw Dogs or John Boorman's Deliverance – and the somewhat flawed yet ambitious historical war film Gernika [+see also:
trailer
film profile], it’s a joy to see Koldo Serra rediscover his energy and capacity for impact in his third feature, 70 Big Ones [+see also:
trailer
interview: Koldo Serra
film profile], without neglecting the rhythm and entertainment of his first film. To clarify, the film's Spanish title (70 binladens) refers to those somewhat sporadic €500 notes that no one ever seems to be able to get their hands on, and comes from a screenplay written by Asier Guerricaechevarría, Javier Echániz and Juan Gil Bengoa, which the Basque director successfully adapted into one of the most admired and celebrated films to be screened at Sitges Film Festival in 2018.

Revealing that the film is about a bank robbery is hardly a spoiler, as the crime takes place in the first few minutes. What happens next in 70 Big Ones, however, with its numerous, well-executed twists and turns that keep the adrenaline running high, leaves the audience gasping (and smiling) as the action unfolds at a bank branch and in an adjacent square in Bilbao, with its tall grey tower blocks.

As Serra stated in his interview with Cineuropa, he was inspired by 1970s American thrillers in the making of his new film, to which he gives a decidedly Spanish feel, a certain amount of humanity and some (absurdist) humour, which serves to lighten the film's dramatic load and acts as a commentary on Spain's "every man for himself!" attitude, something that’s etched into the film's very core. But above all, 70 Big Ones is a funny film that dominates its setting – taking place largely indoors – thus maintaining its energy and capacity for surprise.

But it wouldn’t be appropriate to conclude this review without mentioning this pleasurable film’s splendid cast, which brings to life a group of characters who we can’t help but love, despite their abundant misery. The film stars Emma Suárez, who isready for anything, Dani Pérez Prada as a policeman with whom the audience identifies wholeheartedly and, above all, Nathalie Poza (winner of the Goya Award for Best Actress two years ago for Can't Say Goodbye [+see also:
film review
trailer
interview: Lino Escalera
film profile]), who delivers a brilliant performance as a hardened woman with the appearance of a poor wounded animal.

Unax Mendia (Grand Piano [+see also:
film review
trailer
interview: Eugenio Mira
film profile]) worked on 70 Big Ones as the director of photography, while its soundtrack was composed by Fernando Velázquez (The Invisible Guest [+see also:
trailer
film profile]). The film was produced by Sayaka Producciones, Pokeepsie Films and La Panda, which relied on the support of the ICAA and the participation of RTVE, ETB and Movistar+. The film is due to be released in Spain on 8 March thanks to Filmax.

"I wanted to bring the 1970s thriller to Spain"

Koldo Serra releases 70 Big Ones in Spanish cinemas, a vibrant film about a bank robbery that was very well received at Sitges Film Festival and stars Emma Suárez and Nathalie Poza

Starring in this horror film, which is entirely set inside a minivan, are Cristina Alcázar, Ramiro Blas, Beatriz Olivares, Yao Yao and Cecilia Suárez

Tributes are set to be paid to these two famed European filmmakers during this enticing 11th edition of the thriller-focused festival, running 3 to 7 April

Inés de León’s debut feature is a frenetic affair, packed with quick-fire dialogue and goofy scenarios, which sets itself up as a satire on the romantic comedy

After directing the feature Elisa & Marcela, world-premiered at the most recent Berlinale, for Netflix, the Catalan filmmaker is preparing a TV series centring on food and romantic relationships

The characters in Koldo Serra’s zesty, tense and rhythmic film about a robbery have fun, surprise us and make us laugh in some rather extreme situations 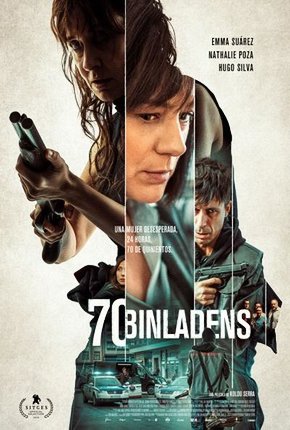 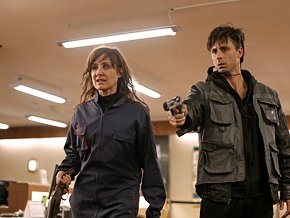 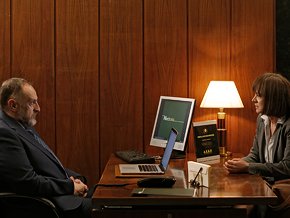 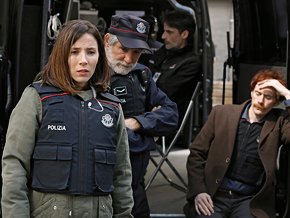