The latest effort by British filmmaker Alex Holmes (Paula, House of Saddam), Maiden [+see also:
trailer
film profile], which world-premiered at Toronto and has just closed the Thessaloniki Documentary Festival and gone on general release in the helmer’s home country, is the epic and almost incredibly inspirational story of Tracy Edwards, the first-ever skipper of an all-female yacht crew to enter the famous Whitbread Round the World Race in 1989.

The film opens in dramatic fashion, with images of stormy seas accompanied by Edwards' voice-over saying, “The ocean was just trying to kill you.” This is followed by an exposition on her background – her mother was a dancer and rally driver, and her father a loudspeaker designer – giving the audience an idea of just where this fearless woman has come from.

In 1985, she took part in the race with a British team that won it, but she was only serving as a cook. Of course, back then, even having a woman on a boat was, to put it mildly, out of the ordinary. “I was treated like a servant, and I never wanted anything more than to belong to this crew,” Edwards, now 57, says in one of the film's many interviews. This inspired her to prove that women can be just as good at sailing as men, and she started assembling the first all-female crew to attempt the gruelling, eight-month-long race around the world.

The first half of the film details the numerous obstacles they had to overcome: this is an expensive sport, and they had to raise £1 million to even be accepted into the race. But more importantly, the women were up against a completely male-dominated community during a very chauvinistic era. They were laughed at in public and mocked in the press, with The Guardian journalist Bob Fisher (also interviewed in the film) calling them and their boat “a tinful of tarts”.

Under sponsorship by Edwards' unlikely friend King Hussein of Jordan, the skipper and her 12-member crew managed to acquire funding and a boat which they named Maiden, and embarked on the epic race. Not only did they manage to finish, against all expectations, but they also achieved an impressive result.

Consisting entirely of interviews with Edwards, her crew, their competitors and contemporaries, and ample archive footage, Maiden is quite a standard, but an immensely engaging, documentary. The orchestral music by Rob Manning and Samuel Sim always (yet perhaps overly) directly sets the mood as the film progresses, from gentle to suspenseful to dramatic to outright epic. The dynamic visual contrast between the old, grainy and blurry video materials, and the crisp, colourful format of the new interviews underlines the resonance this story has today in relation to its wider social implications.

Maiden is a production by the UK's New Black Films, and London-based Dogwoof has the international rights. Dogwoof is also handling the UK theatrical release. 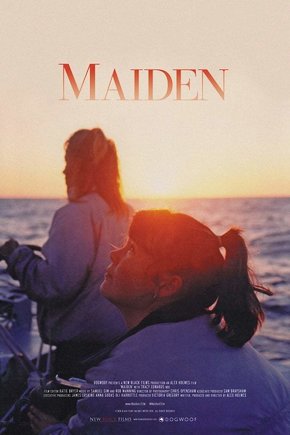 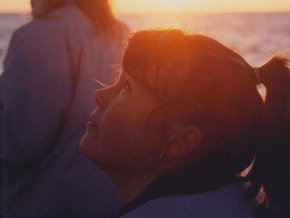 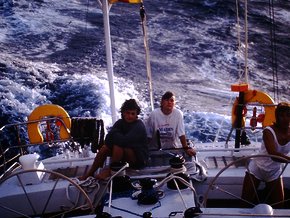 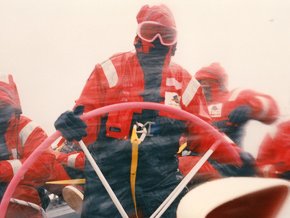