14/03/2019 - Daniele Luchetti loosely adapts a couple of short stories by Francesco Piccolo, turning them into a metaphysical comedy, somewhere between heaven and earth, that doesn't quite work

You either love or hate Pif, aka Pierfrancesco Diliberto,the actor, director and presenter, just like Paolo, the character played by the popular television star in Daniele Luchetti’s new film, Ordinary Happiness [+see also:
trailer
film profile]. Paolo is a decidedly mediocre, average man, who finds himself grappling with his past and discovering that it’s the little things that really shape our daily lives, who we are and our relationships with others. The screenplay, which was freely adapted from a couple of short stories by Francesco Piccolo (one that gives the film its name, published in 2010, and the sequel to Ordinary Happiness) and was written by the director-cum-writer, frames these two collections of everyday scattered thoughts, maxims and paradoxical fragments into a metaphysical plot, in a similar vein to Il paradiso può attendere, in a story in which the protagonist dies in a car accident, but due to an administrative error in the afterlife, is granted another 92 minutes of life on earth, during which he looks back on some of the more profound moments in his life, but also those that originally seemed less significant to his existence.

Pif’s unmistakable, incessant, narrative voice (the award-winning director of The Mafia Only Kills in Summer [+see also:
film review
trailer
interview: Pierfrancesco Diliberto
film profile]) accompanies us from the very first scene. For years, Paolo has driven through an intersection on his scooter at the precise moment when all the traffic lights turn red, but one day, he messes up his timings and a car hits him full on. Catapulted into a paradise that resembles a crowded post office, he receives good news of his imminent return to earth from a clerk played by Renato Carpentieri, albeit for a very short time. This fantastic scene, which sees a number of people in nightgowns who have passed away protesting against divine justice ("if I were to tell people what goes on in here... the shame of it all!) is both amusing and intriguing. What follows is the bonus hour and a half life that Paolo must to make the most of, starting with his return home to find his wife Agata (actress-songwriter Thony), who is still unaware of what’s gone on. A series of flashbacks ensue, some of which are lightning-fast and others very long, as well as various episodes and pictures from everyday life, in a kind of endless stream of consciousness. Along the way, we witness Paolo’s many betrayals, the broken rules, the vices, the indolence, the unanswered questions (why is the first taxi never actually the first in line? Why does the petrol station always tell you to move up a little further, right when you’ve turned off the engine? Why are breaker hammers always enclosed in those glass boxes?), and his inadequacy as a father.

All this results in an accumulation of deliberately insignificant snippets of his life, without any semblance of order, which were perhaps hilarious on paper (for those who read the books), but when inserted one after the other on screen, cause you to glance at the clock and wish that the next 92 minutes of existentialism pass by pretty quickly. Luchetti has since called the film ‘a Cubist portrait of an average man’ – having directed the feature in a very short space of time (not even a year has passed since Io sono Tempesta [+see also:
film review
trailer
film profile] was released) – and revealing that he wrote Paolo’s character specifically for Pif. The latter, who stars as a protagonist in a film directed by someone else for the very first time, has quite a particular tone, and as always, a certain zaniness and somewhat nasal voice, which you will either love or hate. And your enjoyment of the film will rest entirely on that fact.

Ordinary Happiness was produced by Beppe Caschetto for IBC Movie with RAI Cinema. 01 Distribution released the film in 350 Italian cinemas on 14 March.

Available from 29 April, this new, Italian Netflix Original series, produced by Cattleya and revolving around a teenager’s summer love, has a slightly vintage flavour

“International players, both in the fields of production and distribution, are looking to Italy with great interest”

We spoke with David Bogi, Head of International Distribution and Business at Rai Com, on the eve of his departure for MIPCOM

From 6 April, the distributor and exhibitor will give the public – and other companies that want it – access to its “virtual theatre”, an online cinema where they can enjoy national premieres

The star attraction to be touted by RAI’s commercial arm at Berlin’s European Film Market is the Giorgio Diritti biopic on Ligabue, starring Elio Germano

Besides the trailer for Gabriele Mainetti’s next film, the public broadcaster’s international sales arm is pinning its hopes on the new Gabriele Salvatores movie and the thriller I’m Not a Murderer

Daniele Luchetti loosely adapts a couple of short stories by Francesco Piccolo, turning them into a metaphysical comedy, somewhere between heaven and earth, that doesn't quite work 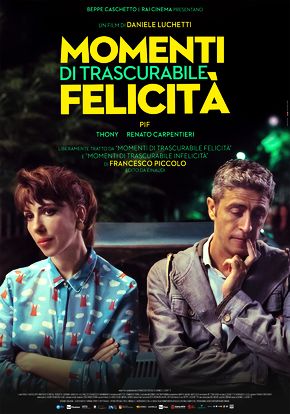 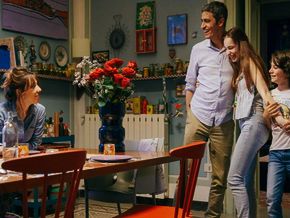 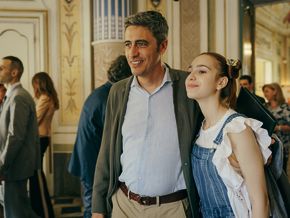 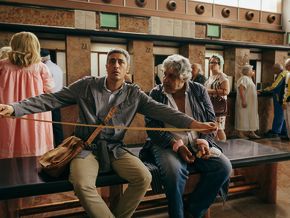