The #ZeroImpunity movement has gone from strength to strength in recent months. The ‘socially impacting’ Franco-Luxembourg transmedia project denounces the impunity of perpetrators of sexual abuse in armed conflict in any way it can, via public actions, the publication of an investigative book, and finally, a documentary.

Zero Impunity [+see also:
trailer
film profile], directed by Nicolas Blies, Stéphane Hueber-Blies and Denis Lambert and screened at the 9th Luxembourg City Film Festival, where it was also the subject of a conference on political activism, summarises months of research by twelve investigative journalists and the testimonies of victims of sexual abuse, as well as those of social and humanitarian workers. This 90-minute summary strives to deconstruct ideas while avoiding any sort of didactic or moralistic tone. From the outset, we focus on cleaning up certain definitions: rape is a weapon of war. In the words of the psychologist Omar Guerrero, its strength is ‘radioactive.’ This reality must be addressed, not as collateral damage, inevitable in any armed conflict, but rather as part of an organised system.

Zero Impunity seeks to unearth the individual strata contributing to the system and to explain every related issue. Widespread violence among prisoners in order to humiliate, punish and intimidate are tactics well practiced on both sides of the Ukrainian front, as well as in the American detention centres of Abu Ghraib, whose clichés have been circumnavigating the world since 2003. The film also broaches how various peacekeeping contingents respond to sexual violence, revealing that the UN often avoids the problem and conducts shallow investigations, leaving the crimes unpunished, while various accusations of the rape of children by French soldiers in the Central African Republic recently ended in dismissal, pushing the movement to organise night-time actions denouncing the fact via silent screenings of testimonies projects onto the Ministry of Defence in Paris.

The documentary makes this approach its symbol: captured in Syria, Ukraine and Africa, testimonies are projected onto buildings in Paris, Deraa, Kivu, Baltimore and Kiev, as well as on bridge pillars and storefronts. These performances, created in collaboration with the talented Olivier Crouzel, blend into the urban furniture whatever the context. The speakers are never directly questioned facing the camera, but rather superimposed onto a number of backgrounds, thus turning the subject a universal scourge that we should all be aware of.

But the genius of Zero Impunity lies in its waltz between real-life shots and animation. A number of speakers are recreated as animated images, having the effect – much to the viewer’s surprise – of humanising the subject even further. Their expressions are carefully rendered. And the animation cuts a clear picture of the abuse that had been fairly hazy up until that point, leaving images of the victims in our heads and turning them into tangible proof. Viewers watch on as Colin Powell and Condoleezza Rice continue to deny their secret meetings with the CIA concerning sexual abuse perpetrated by the US military on Iraqi prisoners.

And so, the acts become tangible. Victims and their loved ones are given faces. And everyone calls for an end to impunity. Zero Impunity not only responds to an international emergency, it also frees up the spoken word with power and originality.

Produced by a_BAHN in association with WebSpider Productions and Melusine Productions, the feature also received support from the Film Fund Luxembourg and the CNC.

The fund’s Selection Committee came together on the occasion of this year’s first funding session, deciding to support 12 projects out of the 30 submitted

The event, set to take place from 5-10 May, will be a fully digital gathering owing to the spread of the coronavirus

Annecy, the animation capital of the world

214 films will be showcased at the 43rd edition of the festival running 10 to 15 June, while 3,800 professionals are expected at the International Animation Film Market

Just one day to go until Indie Sales hits Cannes

In addition to two films showcasing in the Un Certain Regard and Directors’ Fortnight segments, the French firm will also launch pre-sales for Rémi Chayé’s new animated feature

With a 9th edition which proved both eclectic and resolutely forward-thinking, the festival has successfully showcased its many attractions 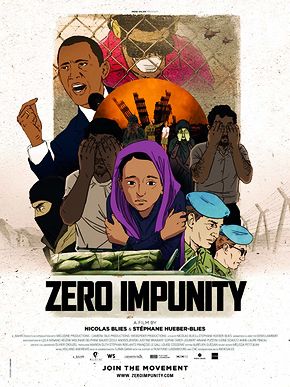 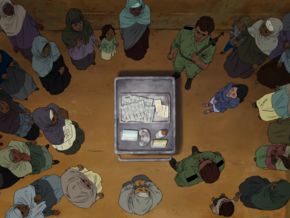 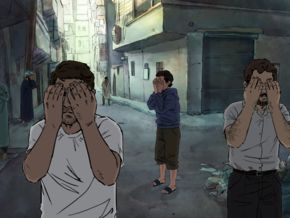