Review: 7 Reasons to Run Away (from Society)

18/03/2019 - Seven short, wild stories, infused with a humour which is by turns black, terrifying and absurd, are gathered together in this film directed by the trio Esteve Soler, Gerard Quinto and David Torras

Manolo Solo, Emma Suárez and Sergi López in 7 Reasons to Run Away (from Society)

Following on from its world premiere at the recent SXSW festival in Austin (Texas), the anthology film 7 Reasons to Run Away (from Society) [+see also:
trailer
film profile] is now battling it out in the official competition section of the 22nd Malaga Film Festival, a champion of Spanish-language works. Despite featuring different casts and exploring a variety of topics, the various stories within the film all serve the same purpose: to lay bare without fear or self-censorship the current world which each of our daily acts feed into, and which is soaring endlessly and unstoppably to reach the peaks of stupidity, nonsense and cruelty. This is the second team effort by Gerard Quinto, David Torras and Esteve Soler, who directed the film based on the scripts written by the latter, having already combined forces back in 2014 to shoot the short film Interior. Familia.

In the planning phases, this movie was initially intitled 7 Reasons to Run Away (from Society), or rather 7 Reasons to Escape (from Society); during the commercialisation of the original Spanish-language version of the comedy horror, it detached itself from the parenthesised text, though the latter can still be deduced from the subject-matter of the film. It is the current state of society, governed by confusion, absurdity and egotism, which is exposed in all its ugliness in this portrait painted by the filmmaking trio, who are helped in their work by a cast featuring some of the best actors in Spanish cinema today  – Emma Suárez, Lola Dueñas, Sergi López and Manolo Solo, among many others – and which very few beginners in the world of full-length films could boast.

In terms of the calibre of this cast packed full of national stars, 7 Reasons... is reminiscent of the Spanish-Argentine film Wild Tales [+see also:
film review
trailer
film profile] by Damián Szifron, even if the production budget was obviously far lower in the case of the latter. Here, the directors prioritise twilight interiors, dialogue takes precedence over action, and the staticity of the camera is favoured over dynamic movements. The two films are also comparable in terms of their division into episodes and their critique of modern-day society, which makes us want to run for the hills and jump ship to Mars; the writer, Esteve Soler, openly admitted that the terrifying tone of each episode was inspired by the 1959 TV series, The Twilight Zone.

In any case, even if it’s true that some of the stories contain more grit and charm than others (the first tale stands out, as does the story which centres on a neighbourhood), as a whole, 7 Reasons to Run Away (from Society) - which is somewhat irregular, just like any other anthology film - exudes bad intentions and political incorrectness and is vitally entertaining. These are admirable and bold qualities in times characterised by social hatred, a deficiency in social values and self-censorship in the guise of political correctness.

7 Reasons to Run Away (from Society) is a Producciones del Interior AIE film, produced in association with No Hay Banda and Compacto and financed by TV3 and Audiovisual Finanzas, S.G.R., with the support of the ICEC - Government of Catalunya, and in collaboration with Manresa City Hall, Sora Audiovisual and the Institut Ramon Llull. Filmax is handling international sales and Syldavia Cinema is managing the film’s national distribution.

more about: 7 Reasons to Run Away (from Society)

The new film by the veteran US director, starring Gina Gershon, Wallace Shawn, Elena Anaya, Louis Garrel, Sergi López and Christoph Waltz and set in Spain, will be released internationally in 2020

Competitions galore and a Nordic Focus at this year’s BIFFF

The bountiful 37th edition of the Brussels-based festival will boast nearly 100 films on its programme, including ten European movies duking it out for the Silver Méliès

Review: 7 Reasons to Run Away (from Society)

Seven short, wild stories, infused with a humour which is by turns black, terrifying and absurd, are gathered together in this film directed by the trio Esteve Soler, Gerard Quinto and David Torras

Kicking off tomorrow, the Austin-based festival is welcoming several films hailing from the Continent 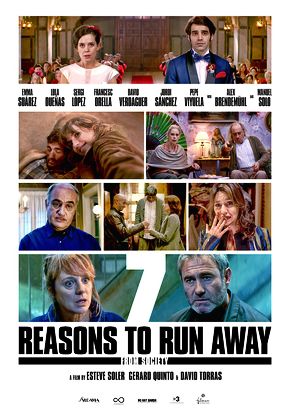 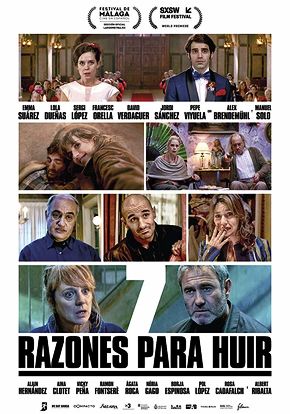 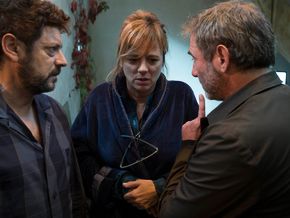