Review: Movements of a Nearby Mountain

A world somewhat unaffected by the passing of time and on the margins of the modern western society’s economic activities forms the setting of Sebastian Brameshuber’s 3rd feature-length documentary, Movements of a Nearby Mountain [+see also:
trailer
interview: Sebastian Brameshuber
film profile], which had its world premiere in Paris in the international competition section of the 41st Cinéma du Réel Festival. The director devotes this foray into the foothills of Mount Erzberg - a mountain in the Austrian Alps which is home to an iron ore deposit mined by men since Roman times - to the manual labour of a character who turns out to be as enigmatic and he is emblematic: Cliff, a 35 year-old Nigerian man who methodically strips down worn-out cars in a huge isolated depot, in a bid to make a living selling spare parts.

By gently blurring the seasons and the years (certain sequences date back to 2011, others are filmed some years later, although it’s not possible to differentiate between them), Sebastian Brameshuber looks to submerge the viewer into Cliff’s calm work rhythm as he diligently hammers, unscrews, separates and organises spare parts into bundles wrapped in plastic film, neither resting nor rushing, and regularly allowing himself meditative cigarette breaks. Cleaning the depot using buckets of water scooped from the small river running nearby, cooking his rice on a brazier, washing his clothes by hand, drying them on a section of ramshackle wire mesh and shaving while looking in a hand-held rear-view mirror, Cliff is a hieratic character; serene, charismatic and smiling. Often alone, he reigns peacefully over his patch of land which has been invaded by an impressive collection of mechanical bric-a-brac, from still-intact vehicles to piles of tyres, with mountains of scrap metal in each and every corner. Outside, a small area of wasteland leads to a road which can be seen behind the trees, while the rest of the landscape is taken up by the mountain. His isolation is almost complete, only interrupted by clients coming to buy something or the other, generally at very low cost ("40 euros is too much"), despite intensive negotiations. A couple of Hungarians pass by, among others ("if I wait for Romanians or Bulgarians, they’ll pay 10 euros "), but Cliff is also sometimes helped by his fellow countryman, Magnus, whose dream "would be to find ten Toyota Camrys, take them to Nigeria and start up a taxi business." Theirs is a companionship which sheds a touch of light on certain sides of Cliff’s work, which additionally involves him finding old cars to buy (with occasional disappointments thrown in: "in this country, the law says that verbal agreements are not binding, it’s not like in Nigeria "), which he also sells on in his home country (where the film takes a brief trip). He expresses a serene fatalism (“it’s all about money”; "things change, it’s not like it was five or ten years ago when we arrived in this country").

Without looking to explain everything - leaving any potential biographical elements in the shadows - and thanks to its play on subtle variations in patterns of repetition and its patient and observational filming approach, Movements of a Nearby Mountain enhances the timeless character of its protagonist and of the space surrounding him, and even manages to draw a parallel between this story and a tale which, ironically, speaks of the enslavement of men and the rush towards allegedly eternal riches. It’s an insistent philosophical direction which is almost superfluous for a documentary which is ascetic without being dry, simple yet profound and which knows how to impose its own rhythm on proceedings.

Movements of a Nearby Mountain is produced by Austria's Mischief Films and Panama Film with Le Fresnoy (France), while international sales are being handled by Filmgarten.

more about: Movements of a Nearby Mountain

Interview: Sebastian Brameshuber • Director of Movements of a Nearby Mountain

"My film is closer to poetry than to prose"

The director’s latest documentary, the German production Heimat Is a Space in Time, has scooped the Jury Prize after the jurors discussed their verdict in front of the audience attending the gathering

Between 22 and 30 November, audiences on the fascinating Canary island will be able to enjoy 25 cutting-edge films that redesign the usual cinematic templates, spread across five sections

The documentary by Austria’s Sebastian Brameshuber has come out on top in the international competition, while Michael Andrianaly’s Nofinofy also performed well

Chaos and The Remains – Nach der Odyssee prevail at the Diagonale

Review: Movements of a Nearby Mountain 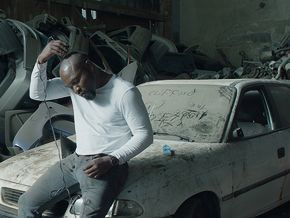 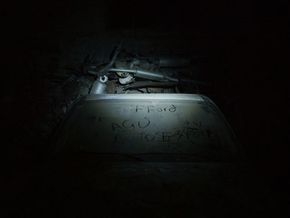 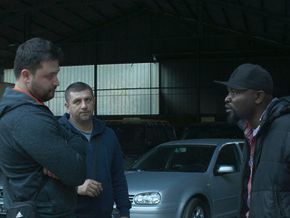 Netflix presents its new Italian headquarters and its upcoming projects

We take a closer look at the work carried out by the Roman sales agency, which has established itself as a crucial reference point in the Italian and European landscape since 2016