22/03/2019 - Mikel Rueda’s new film packs an emotional punch thanks mainly to the dialogue between two disorientated, wandering characters, played by the young Germán Alcarazu and the seasoned Maribel Verdú

Tie Me Up! Tie Me Down! by Pedro Almodóvar ended with a shot of Victoria Abril driving while, next to her, Antonio Banderas and, in the back seat, Loles León sang Resistiré by Dúo Dinámico: you could make out a whirlwind of emotions on the actress’s face, ranging from happiness and hopefulness to fear and giddiness. Something similar happened to Lesley Ann Warren, then on board a train, in the final scene of Alan Rudolph’s Choose Me (1984), as she was travelling alongside one Keith Carradine: without resorting to words, the actress’s face once again expressed diametrically opposite feelings. This time it’s Maribel Verdú who is at the wheel of a car and leaves behind the character played by Germán Alcarazu, thus bringing the film El doble más quince [+see also:
trailer
interview: Mikel Rueda
film profile], written and directed by Mikel Rueda, to a close. Rueda put his faith entirely in the Madrilenian thesp’s acting technique so that she could convey hints of satisfaction, transition and longing while the camera pored over every detail of her face. And the fact is that the director of Fronteras [+see also:
trailer
film profile] has entrusted the efficacy of his new movie, which is vying for the Golden Biznaga at the 22nd edition of the Málaga Spanish-language Film Festival, to the fantastic work by its duo of lead actors.

Before this, the viewer had been accompanying the main characters over the course of an entire day. Just a couple of time jumps serve to sketch out their stories, by way of introduction: he is an insecure, sensitive and hesitant young man, while she is a professional and a mother who appears to be neither happy nor satisfied. They initially make contact through an online sex chat room and decide to meet up face to face: what follows are the several hours they spend getting to know each other, becoming closer and even being reflected in one another with a degree of honesty that they were unable to find in their own respective surroundings.

Rueda describes his film as a “walking road movie”. As a matter of fact, Caminan (lit. “They Walk”) was the name of a previous short film in which the same actors played the same characters, and which served as a kind of rehearsal for this feature where the audience strolls through the streets, parks and estuary of Bilbao alongside two crisis-riddled human beings, who lay themselves bare, emotionally speaking, to a stranger as each feeds off the other, feeling alive and finally embracing the natural fear that always accompanies human beings during life’s transitions.

To convey his characters’ state of mind – not far off melancholy – Rueda has made use of a blue-tinged cinematography that makes the surroundings and the landscape rather cool, where the colourful clothes of the protagonists really leap out. Likewise, he uses soft-focus shots to blur the scenery they are roaming through, making it clear that they are out of place there. And the dialogue – which is not always sufficiently believable and is sometimes not a million miles away from the tenets of self-help manuals – puts the finishing touches to the basic skeleton of a film that is not able to fly high enough on an artistic and emotional level to make it anything particularly remarkable: we wouldn’t be giving too much away if we added that the formula it is based on is a certain famous Richard Linklater-helmed trilogy starring Julie Delpy and Ethan Hawke.

El doble más quince is a production by El doble más quince AIE, Baleuko SL, Sonora Estudios and Potenza Producciones. It saw the involvement of ETB, TVE and Movistar+, and was supported by the Basque Government. Filmax is in charge of its Spanish distribution and its international sales.

“There’s more than one way to love”

Mikel Rueda’s new film packs an emotional punch thanks mainly to the dialogue between two disorientated, wandering characters, played by the young Germán Alcarazu and the seasoned Maribel Verdú

The event will coincide with Films in Progress 32 and Glocal in Progress, the festival's new industry activity, which selected 3 films in post-production 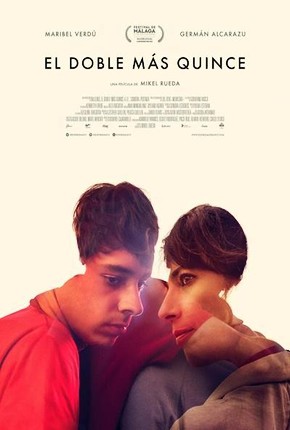 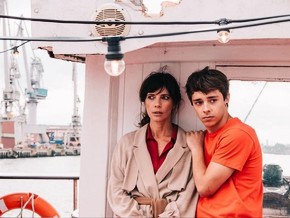