26/03/2019 - The sequel to Welcome Mr. President! signals the return of Claudio Bisio as the improbable head of a government which mirrors the parliamentary set-up in Italy today

A somewhat naive man who lives in the mountains, who carries the imposing name Giuseppe Garibaldi and who becomes President of the Republic by mistake... This was the premise of Welcome Mr. President! [+see also:
trailer
film profile] by Riccardi Milani, a concept which worked well at the time and which, in 2013, earned the film starring Claudio Bisio three nominations at the Nastri d'Argento Awards, another at the European Film Awards and 8.5 million euros at the box office. Six years later, Bisio is stepping into Garibaldi’s shoes once again for the sequel, Welcome Back Mr. President [+see also:
trailer
film profile]!, directed by Giancarlo Fontana and Giuseppe G. Stasi, except this time he becomes the improbable head of a government led by two populist parties; a government which is the mirror image of Italy’s current political set-up.

Having returned, at the end of the first film, to the beloved snow-filled valleys of his home following six months of presidency, along with his wife, Janis (Sarah Felberbaum), who he met at the Quirinale, Giuseppe - known as Peppino - now has a beautiful little girl whom he has named Guevara (as in “Che”) and he divides his time between his two passions: fishing and gathering porcini mushrooms. Janis, however, is champing at the bit, itching to return to the world of politics (“I feel like I’m in a snow-globe”). She leaves her husband and returns to Rome to work for the new President (Antonio Petrocelli), taking her daughter with her. And so our innocent Peppino, who wants nothing more to do with politics, is forced to head back to the capital (though the film is actually shot in Turin) to win back the love of his woman. Upon his return, two young, free-lance journalists work to raise his profile once again, so much so that the two political leaders, having won their elections, single him out as a potential President of the Council of Ministers who could be easily manipulated. Whilst the first film explored the dictatorship of the polls, it is social networks which reign supreme in this instant movie of sorts: the two politicians in power, Teodoro Guerriero (Paolo Calabresi) of Precedenza Italia and Danilo Stella (Guglielmo Poggi) of the Movimento Candidi – who are the spitting image of the Interior Minister and the Vice-President currently in office in Italy – roll out the consensus machine via Twitter, FB and Instagram exclusively, as well as via any TV camera that’s rolling in the vicinity. The two young directors – who made an online name for themselves with Inception Berlusconi and whose debut film, Put Grandma in the Freezer [+see also:
trailer
making of
film profile], hit the big screen in 2018 – and script-writer Fabio Bonifacci – who co-wrote the story alongside producer Nicola Giuliano – also cast a satirical eye over the left-wing opposition party, whose members continually bicker amongst themselves and argue over anything.

With the help of an ambiguous political strategist (Pietro Sermonti), Peppino Garibaldi moves to counterattack in his own way, passing a law which obliges all Italian to pay taxes in order to find the financial resources required to get the country up and running. This doesn’t go down too well with the people and the end of the film, which could be seen to deliver a little moral lesson, is bolstered by a penultimate scene which is fun and not at all obvious. The filmmakers rightly describe their work as a light-hearted portrait of Italian politics and of voter mediocrity; a film against the reciprocal hate which is contaminating the country and which is constantly regurgitated by traditional and social media.

Welcome Back Mr. President! is produced by Indigo Film and Vision Distribution, in collaboration with Sky Cinema and Tim Vision, with the support of the Piemonte Film TV Fund and the Film Commission Torino Piemonte. 500 copies of the film will be released in Italian cinemas on 28 March courtesy of Vision.

more about: Welcome Back Mr. President

Giulio Pranno, Ludovica Martino, Carlotta Antonelli and Giacomo Ferrara are the winners of the first edition of this awards ceremony, dedicated to Italian film and TV actors under 30 years of age

From 23-29 September, the event dedicated to the very best of Italian film is set to unfold in Annecy, exhibiting works ranging from Pietro Marcello’s Martin Eden to Maura Delpero’s Maternal 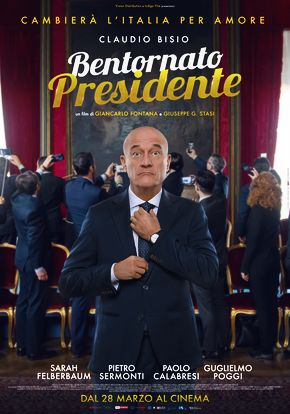 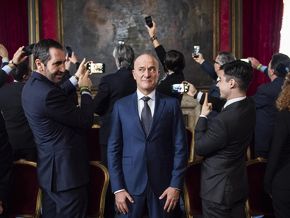 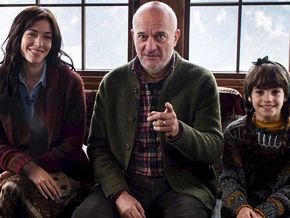 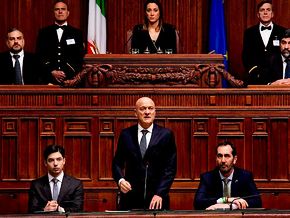