27/03/2019 - A whole throng of graduates from Barcelona’s ESCAC share the credit for this tense drama, which depicts a few hours in the life of a woman, portrayed by Aina Clotet, whose world is falling apart

Once again, the ZonaZine section of the 22nd Malaga Spanish Film Festival had a few surprises in store. Among them were Argentinian film Yo niña, directed by Natural Arpajou, about a young girl raised in isolation in the beautiful but inhospitable Patagonian wilderness; Chilean production Perro bomba, by Juan Cáceres; and, most notably, Ojos Negros [+see also:
film review
trailer
interview: Marta Lallana, Ivet Castelo
film profile], a joint effort by the very young filmmakers, Marta Lallana and Ivet Castelo, graduates of Barcelona’s Pompeu Fabra University, whose final degree project not only managed to get a producer on side (Nanouk Films) but also snapped up the Silver Biznaga for the best Spanish film in this section of the competition. The award for the best actress in the ZonaZine section, however, was claimed by Aina Clotet, who plays the lead in La filla d'algú [+see also:
trailer
film profile] — another collective project featuring an ensemble cast, this time the work of fourth-year students in the 20th intake of ESCAC ( Cinema and Audiovisual School of Catalonia). More than a dozen young directors contributed to the success of this film, which garnered applause and praise for its courage, boldness and maturity.

The film’s array of directors — each of whom took responsibility for certain sequences, under the coordination of director Sergi Pérez (The Long Way Home [+see also:
film review
trailer
interview: Sergi Pérez
film profile]) — are joined by a legion of writers (17), cinematographers (10), producers (7), editors (9), sound designers (6) and art directors (10). To list the full crew would take up the entire space of this article, but it would be remiss not to name the most senior among them: Marcel Alcántara, Júlia De Paz Solvas, Sara Fantova, Guillem Gallego, Celia Giraldo, Alejandro Marín, Valentin Moulias, Gerard Vidal, Pol Vidal, Enric Vilageliu and Carlos Villafaina. The fact that all the ideas, ambitions and perspectives of such a wide group have somehow coalesced into this high-impact, relentlessly suspenseful film (with clear influences from the Dardenne brothers and the Romanian New Wave) is nothing short of a miracle.

The camera never strays from the central character, following her almost in real time over 72 nerve-racking minutes. Eli, a 30-year-old lawyer (played by Clotet) is heavily pregnant with her first child when, on the very day she is due to take part in a major and high-profile trial, her father suddenly disappears. From this point on, Eli must race to unravel the family secrets that have until now been kept from her... or that she hasn’t wanted to see.

The 25th International Gay and Lesbian Film Festival is currently unspooling in the Catalonian capital and on Filmin, vigorously and proudly brandishing the torch of tolerance

A whole throng of graduates from Barcelona’s ESCAC share the credit for this tense drama, which depicts a few hours in the life of a woman, portrayed by Aina Clotet, whose world is falling apart 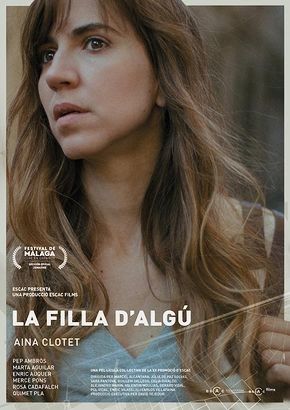