03/04/2019 - The new film by Rachel Leah Jones and Philippe Bellaïche paints a complex portrait of a living legend filled with rage, hope and utopian aspirations

Harbouring a life-long interest in the Israeli-Palestinian conflict, Jones, an American documentary filmmaker who grew up in Tel Aviv, in league with the equally seasoned French director, Bellaïche, are turning their lens onto a real life superstar: the “diabolical” Israeli lawyer, Lea Tsemel.

The product of an admiration-filled friendship which has lasted over twenty years between Jones and her protagonist, Advocate documents the complex daily life of Tsemel, a lawyer specialising in human rights and, more specifically, the defence of Palestinian political prisoners who are accused of violent - and non-violent - resistance to occupation.

Obviously, there aren’t many like Lea Tsemel; in fact, there aren’t any others at all. Lea is unique, among her sex and within her profession; a living legend who isn’t put off by risks or by her countless defeats. Her gaze is resolutely fixed on her sole objective: raising awareness among politicians and the general public of the motivating factors which drive her clients to act outside of the law, in search of a freedom that you just can’t put a price on.

As an Israeli citizen, Lea Tsemel is somewhat complicit in this occupation which has always felt deeply unjust, and she tries to “make up” for the considerable “guilt” she feels by defending and attempting to instil a minimum of dignity in those who fight for their land, in spite of it all.

But be warned, “the devil’s advocate”, as she’s called by many of her Israeli colleagues, has none of the charisma or the motherly devotion of a Mother Teresa character, for example. In fact, it is around the nature of her charisma, which is impossible to label or pin down, that Rachel Leah Jones and Philippe Bellaïche construct their film, a portrayal of a strong female figure who defies each and every convention. Courageous, fun, seductive and unconventional to the say the least, Lea Tsemel embodies an ideal which goes beyond gender and which men and women can both aspire to.

Through her clear and sharp gaze which seems to challenge the camera, and her gait which is both statuesque and playful (her black lawyer’s cloak flutters out behind her like a superhero’s as she runs along tribunal corridors), she is the physical embodiment of ambiguity; the same ambiguity that is at the very heart of the Israeli-Palestinian conflict, which is overrun with victims and perpetrators, but also victims who will become perpetrators and perpetrators who will become victims.

Rachel Leah Jones and Philippe Bellaïche manage to use to their advantage the rules and restrictions on filming in courtrooms and on concealing the identity of the parties involved. The fact that the film must “limit itself” to tribunal corridors endows the documentary with a very interesting subtext, comprising long waits, poorly veiled emotions and words whispered as if in a confessional. Equally intelligent is the idea of using superimposed animated images to hide the faces of those presumed guilty, the former appearing on the screen as if in some kind of dream (or rather a nightmare). A (seemingly) unending series of anonymous convictions are continually contested by the film’s courageous protagonist in the hope that the absurdity and injustice of what’s happening will, at long last, be clearly understood.

Advocate is produced by the Israel’s Home Made Docs, by the Candian outfit Productions Megafun, and by Swiss groups Close Up Films, RTS Radio Télévision Suisse and SRG SSR. Cinephil is handling international sales.

“A shared sense of humanity is essential”

We met with Advocate's co-director Rachel Leah Jones and protagonist Lea Tsemel at Bologna's Biografilm Festival to discuss the documentary, harshly criticised by the Israeli Minister of Culture

Advocate comes out on top in Krakow’s International Documentary Competition

Rachel Leah Jones and Philippe Bellaiche’s film received a Krakow recommendation for the European Film Award in the Best Documentary category, while the audience plumped for The Men’s Room

Honeyland and Advocate triumph at Docaviv

The Macedonian hit has bagged the main award; winners in the Israeli competition also include Once Upon a Boy, Mussolini's Sister, Leftover Women and There Are No Lions in Tel Aviv

The oldest film festival in Poland started on Sunday, boasting almost 250 titles in its programme and with Finland as the country in focus

The new film by Rachel Leah Jones and Philippe Bellaïche paints a complex portrait of a living legend filled with rage, hope and utopian aspirations 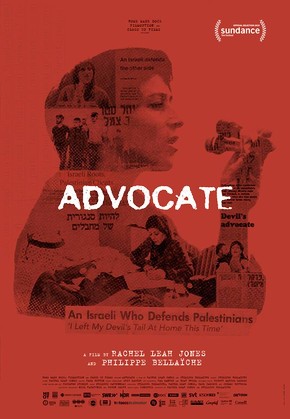