That’s a wrap on the shoot for Salir del ropero

08/04/2019 - Ángeles Reiné is directing her feature debut, a Spanish-Portuguese comedy about love in later life, sexual freedom and family members with varying degrees of tolerance 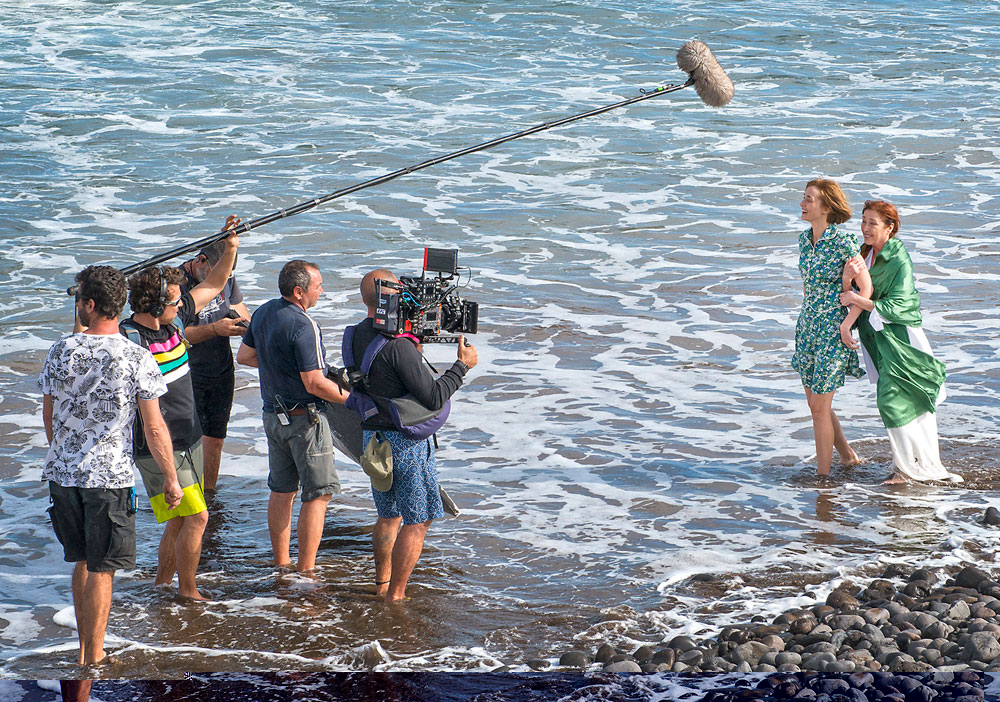 On 28 January 2019, the shoot kicked off on the Canary island of Lanzarote for Salir del ropero (lit. “Coming out of the Closet”), a production between Spain and neighbouring Portugal, which is the feature debut by Ángeles Reiné, an advertising professional and TV director (Doctor Mateo), who also penned the screenplay. “The main factor that has driven me to tell this story is my desire to talk about tolerance, the search for happiness and the power of love,” stated the director at the time. Principal photography on this hymn to freedom wrapped a few days ago, after the cast and crew passed through the Portuguese city of Porto.

According to the synopsis provided by the production companies, the family comedy introduces us to Eva, a lawyer settled in Edinburgh “whose plans to marry the heir to an influential and ultraconservative Scottish family are placed in jeopardy when she discovers that her grandmother, Sofía, has decided to wed her kindred spirit, Celia. However, Eva could not possibly have foreseen the reaction of the rest of her bunch of peculiar relatives, who, rather than helping her, decide to support the elderly women’s decision. Amidst mix-ups, white lies, burglaries, traffic accidents, sensationalist media reports and outrageous situations, little by little, Eva comes to understand what really matters in her life.”

The ever-excellent and entertaining Verónica Forqué (who gave a marvellous performance as Kika in the film of the same name by Pedro Almodóvar) and Rosa Mª Sardá (who previously “came out of the closet” in the fiction film My Mother Likes Women by duo Daniela Fejerman and Inés París, a movie released back in 2002) star in this story of love between two old-timers, which Ingrid García Jonsson (Love Me Not [+see also:
film review
trailer
interview: Lluís Miñarro
film profile]) and David Verdaguer (The Days to Come [+see also:
film review
trailer
interview: Carlos Marques-Marcet
film profile]) intend to thwart. The cast is rounded off by Candela Peña, Mónica López, Álex O'Dogherty, Pol Monen, Malcom T Sitté, María Caballero, Leander Vyvey, Liz Lobato and Toni Madigan.