09/04/2019 - Anne Fontaine’s modernisation of the Brothers Grimm fairy-tale tracks the emancipation of a woman played by the dazzling Lou de Laâge, who is relentlessly pursued by a fiendish Isabelle Huppert

Lou de Laâge and Isabelle Huppert in White as Snow

"Before, I didn’t even know that I had desires; now, I know I want to live them". The Snow White that French filmmaker Anne Fontaine has chosen to portray in her latest work is liberated, beautiful, honest and pure, much like the ideal inspired by the famous Brothers Grimm fairy-tale. She’s far more relaxed in terms of her morals, but she still bears the brunt of the jealousy and malevolence of an older and dangerous rival, as audiences will soon discover in White as Snow [+see also:
trailer
film profile], a playful film which is due to open in French cinemas on Wednesday 10 April courtesy of Gaumont, and which is set to premiere internationally in competition at the Tribeca Film Festival (running 24 April to 5 May).

A deep, dark forest, a heavy mist, a waterfall, a hunter, a precipice which runs along a winding mountain road, a Christian sanctuary in memory of a miraculous apparition, a cottage nestled in the heart of the wood, a criminal plot shrouded in witchcraft and black magic, set against a fiery, crimson-red backdrop, a poisoned apple and seven very different and caring men, each of them seduced by one single, young woman: all the ingredients of the original tale are present and correct in this new reincarnation of the story (devised by the director alongside Pascal Bonitzer, and with the help of Claire Barré), except this time it all begins in Lyon, in the present-day, and focuses on the young jogger, Claire (Lou de Laâge), who steals every scene throughout the film and who works in a luxurious hotel for her step-mother, Maud (Isabelle Huppert, reigning supreme in her dark, cruel, domineering portrayal of hidden suffering). Kidnapped and thrown into the boot of a car which will soon be damaged by a wild boar, our heroine escapes and is hunted down in the forest, only surviving with her life intact thanks to the intervention of a hunter, Pierre (Damien Bonnard), whose past doesn’t inspire her to call the police, to say the least, and who lives in a large, isolated house in Vercors with his twin, François, as well as the hypochondriac cellist, Vincent (Vincent Macaigne). Taken in by the trio, Claire soon develops a taste for her new natural surrounds ("mountain air gets the blood pumping") where she begins to feel reborn (her mother died a long time ago and her father passed away fairly recently) and where all the men in the area ultimately fall in love with her - their fairy-tale princess - each of them in their own way and with their own respective weaknesses: the veterinary Sam (Jonathan Cohen), the bookseller Charles (Benoît Poelvoorde) and his son Clément (Pablo Pauly), as well as Father Guilbaud (Richard Fréchette). Staying true to Saint Augustin’s precept, "Love and do what you will", Claire unleashes her sensuality and consummates here, there and everywhere, all the while determined not to belong to anyone. Unfortunately, she has passed on her whereabouts to her step-mother, who soon comes knocking, choking back deadly jealousy (her lover, played by Charles Berling, has a crush on Claire) and evil schemes…

Broken-down into three parts (intitled "Claire", "Maud" and "Snow White"), the film plays with markedly Hitchcockian codes, as the initial mystery of the story is slowly revealed. Putting the splendid natural décor to great use (managed admirably by Director of Photography, Yves Angelo), along with the ad hoc music composed by Bruno Coulais, Anne Fontaine interweaves humour with an offbeat plot which provides its two leading actresses with a fantastic platform (for launching themselves into a rock medley, amongst other things) whilst also leaving room for the (far more uneven) performances of its eight secondary, male actors. Obviously, the predictable ending of the story somewhat limits the overall intensity of the film, but White as Snow is nonetheless a cool and sophisticated work which explores the emotional and sexual emancipation of a woman; a subject which resonates loudly in the modern-day world.

White as Snow is produced by Mandarin Production and Ciné@, and is co-produced by Gaumont, France 3 Cinéma, Scope Pictures, Cinéfrance and Les Films du Camélia. International sales are managed by Gaumont.

more about: White as Snow

Nicolas Fustier, Pablo Pauly, Julia Piaton and Patrick Rocca all feature in the cast of the director’s first feature film, which is produced by Elemiah

The French sales agent has high hopes for Franco Lolli’s film, which will open the Critics’ Week, and is kicking off pre-sales for How I Became a Superhero

Anne Fontaine’s modernisation of the Brothers Grimm fairy-tale tracks the emancipation of a woman played by the dazzling Lou de Laâge, who is relentlessly pursued by a fiendish Isabelle Huppert

European co-productions are in the majority in the International Narrative Competition, and new films by acclaimed directors will have their premieres in various other sections 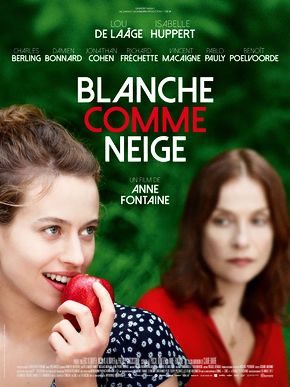 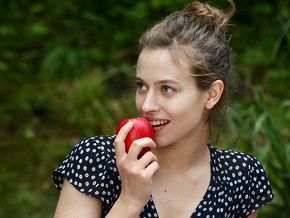