Fiancées [+see also:
trailer
film profile] by the young Swiss director Julia Bünter (which world premiered in the national competition section of the Visions du réel Film Festival) brings together a vast array of precious material to provide an inside view onto a society which is undergoing great change; a nation which is anchored to the strict, traditionalist views of the East whilst being intrigued by the West and the freedom it exudes.

In allowing the three soon-to-be-married couples (on which the film focuses) to talk freely, the director also gives audiences the opportunity to listen to the protagonists’ different opinions on the society they live in. The focal point of the film is, of course, marriage, but it is by no means limited to the institution itself. Instead, marriage becomes a pretext to examine the relationships which are forged within this rapidly evolving society; a society which is both fascinating and infuriating.

As it turns out, Julia Bünter is an excellent listener who demonstrates great patience in her work. She takes in what’s going on around her with great respect, fully aware of the complexity of the relationships in question. In her exploration of three rather different realities – one couple comprises Batool and Bassam, two young actors who are struggling to manage the pressure exerted by their respective families, who don’t always approve of their aspirations; the second couple comprises Marize and Ramy, two well-off Christians who mix tradition with freedom; and the third couple, Randa and Abdelrahman, were born into more traditionalist, Muslim families but are advocates of a form of sexual equality which is still some way off -, the directoropens a door onto a reality which is often judged, but rarely given airtime.

Accurate, imbued with great humanity and diverse - without ever claiming to be fully representative - Bünter never questions what the characters have to say in a direct manner. Instead, she treats their statements as points of fact on which to reflect. As we absorb the many viewpoints of the six betrothed individuals (and of their families, their advisors and others), which are as amusing as they are difficult to hear, we begin to appreciate the contradictions at play in this society, which is far more complicated than we could ever have believed.

Fiancées is a far cry from the double standards we too readily adopt in our attempts to categorise realities so different from those of the West. Instead, it lifts the veil on a society which is still under construction and in a constant state of flux between apprehension and excitement.

The discussion between Randa - one of the women due to be married - her mother and the pre-marriage counsellor, for example, results in scenes which are truly exhilerating and cathartic: “I'm sorry, but on one occasion one of my male clients was washing the dishes right in front of me”, exclaims the alleged marriage expert, shocked. In response, Randa explodes: “there is no religious dictate to say women should take care of the housework!”, and: “I reject the idea of superiority”. A direct and genuine confrontation plays out between two opposite world views, which actually manage to co-exist despite it all.

What is particularly striking is the determination shown by each and every character to express their feelings, doubts and fears as they search for a level of approval which is nonetheless so difficult to obtain.

Marked by these clear contrasts, Fiancées explores the social pressures and the fantasies which also characterise marriage on our side of the world. In some respects, it magnifies a reality which is universal and it pushes us to reflect on our understanding of Egyptian society (and our contingent opinions on the veil and on the construction of gender). But it also shines a light on our own day-to-day reality, which may be less “emancipated” than we would like to believe.

Fiancées is produced by Luc Peter of Intermezzo Films, who are also handling international sales. 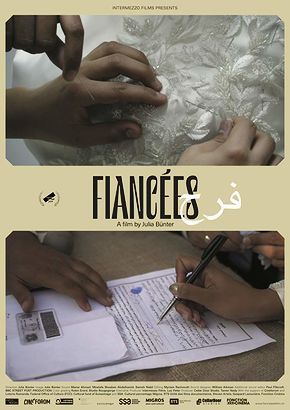 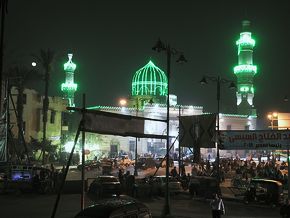 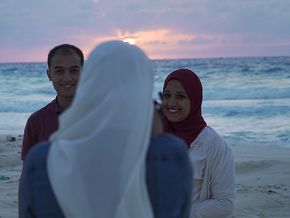 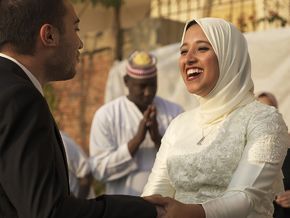 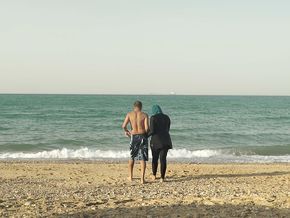 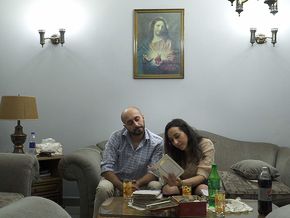 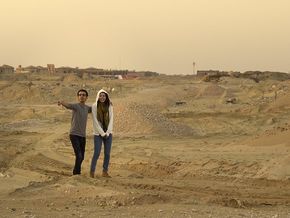