Review: The Prado Museum. A Collection of Wonders

15/04/2019 - Jeremy Irons guides viewers through the rooms of the Madrid museum devoted to Goya, El Greco, Titian and Bosch in this documentary, screened as a special event in Italy ahead of its worldwide release

Jeremy Irons in The Prado Museum. A Collection of Wonders

“Screenwriting has taught me many fascinating things about art and my job as an actor has been to present and to pass on this fascination to the public, given that my perception of these masterpieces is that of an everyday observer”. This is how Oscar winner Jeremy Irons explains his role in the documentary The Prado Museum. A Collection of Wonders [+see also:
trailer
film profile], produced by 3D and Nexo Digital in celebration of the 200th anniversary of the Madrid-based museum. Directed by Valeria Parisi, this exciting journey through the Prado, taking in its many treasures which draw in three million visitors per year, will be released in Italian cinemas courtesy of Nexo, screening as a special event from 15 to 17 April. It will subsequently broadcast on Sky Arte, before making its way to cinemas all around the world: in May it will reach Romania, Russia, Finland and the Ukraine; in July, the Czech Republic, Australia and Peru; in August, Uruguay and the Netherlands; and on 22 September, Canada, continuing on to Norway and Sweden (14 October) and the US (12 November) in the autumn. Territories whose release dates are yet to be confirmed include, of course, Spain, followed by Argentina, Paraguay, Chile and Columbia; Denmark, Portugal and Brazil; Poland, Slovakia, Luxemburg, Belgium and the Commonwealth of Independent States.

Dressed in a dark suit with one of his trademark scarves draped around his neck, Irons moves between the rooms like a modern-day Virgil, immersing himself and the viewer in a precious collection which gathers in its folds great names from Goya to Velazquez, from Titian to El Greco, and from Raphael through to Botticelli, Durer, Caravaggio, Guido Reni, Mantegna, Rubens and Bosch. Amidst these corridors awash with history, the British actor tells of the birth and the evolution of a place which first came into being in 1819 - thanks to Ferdinand VII’s wife, Maria Isabella of Bragranza, and her love of art – and which has been further enriched over the years thanks to the great foresight of rulers and art historians who selected works by the great masters from all over Europe.

The screenplay was written by TV journalist Sabina Fedeli, author of Hitler Versus Picasso and, more recently, the documentary Io sono Yoav, which tells the story of one of the hostage victims of the Hyper Cacher Kosher supermarket siege in Paris in 2015. The director has also put her name to the screenplay and, together, the three authors are clearly looking to interweave the political events which took place within an empire extending across three continents with the passion and emotions of men and women linked to the Prado, both in times gone by and today; kings and queens, from Ferdinand of Aragon’s marriage to Isabella of Castile - which heralded the beginning of the great Spanish empire - and later painters, artists, architects, collectors, curators, intellectuals and visitors. All this in order to demonstrate that art is a universal language and that it knows neither nationalism nor frontiers. For this reason, the interviews are fast and focus on personal intuition rather than technical or didactic details: from the director of the Prado, Miguel Falomir, to Sir Norman Foster, the architect who worked alongside Carlos Rubio to carry out the restoration of the Salón de Reinos and its conversion into a museum capable of transporting the visitor back to a glorious past. Contemporary art is supplemented with archive images of the Generation of ’27, from Buñuel and Lorca through to Dalí, who all had a close and passionate relationship with this veritable temple of art.

more about: The Prado Museum. A Collection of Wonders

Following the cancellation of MIPTV, Nexo will present its titles to buyers through a Screening Room and Virtual Meeting, providing "a space which will allow all of us to keep on working"

Review: The Prado Museum. A Collection of Wonders

Jeremy Irons guides viewers through the rooms of the Madrid museum devoted to Goya, El Greco, Titian and Bosch in this documentary, screened as a special event in Italy ahead of its worldwide release 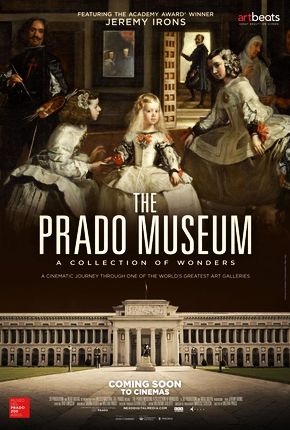 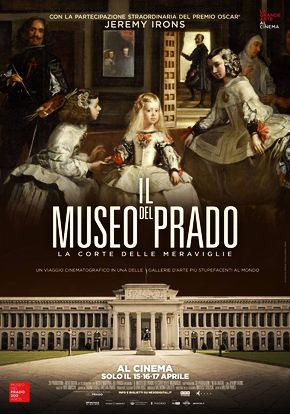