The first feature-length documentary by Czech-Swedish director Greta Stocklassa, Kiruna - A Brand New World [+see also:
trailer
film profile], takes an in-depth look at the titular city, located in the Arctic Circle, right above the world's biggest underground iron-ore mine. The mining activities have caused the city to start to collapse, and the relocation of a big chunk of the settlement is under way. The film, which world-premiered in Visions du Réel’s International Competition, looks at how the inhabitants are handling these changes.

Stocklassa focuses on three main protagonists: schoolteacher Timo, teenage half-Sami girl Maja and young Yemeni refugee Abdalrahman. A real community leader, Timo also runs the weekly philosophy club in a local café, where mostly middle-aged people and senior citizens gather to discuss current issues. Maja is about to graduate from high school and wants to become a make-up artist, but she is also very eager to discover more about her Sami heritage. And Abdalrahman is fighting for permanent residency in Sweden.

After Stocklassa briefly introduces us to these characters, we accompany her on a tour of the mine, called Kirunavaara and operated by the LKAB mining company. Here we get the chance to learn more about the exact mechanics of mining, and the city's and the company's plans to relocate one-third of the city by 2033 – and the whole place by 2100. “It's a gigantic project that will last a century,” says the narrator in LKAB's promotional video.

As we follow Timo, Maja and Abdalrahman, we discover their emotional connections to Kiruna. A scene in which Timo is fishing on the ice with his daughter and her child, during which the daughter says she does not want to go back to Kiruna, to a deeply sad reaction from her father, depicts his feelings for his hometown in heartbreaking fashion.

Through Maja's interest in her Sami origins, we learn that mining destroys forests that are necessary for the survival of reindeer, the main source of food and clothing for this ethnic minority. Maja's grandparents relate how they were not allowed to speak the Sami language when they were kids, creating a stark contrast with the LKAB promotional video, which waxes lyrical about the unity of man and nature over images of Sami people in their colourful ethnic clothes.

The film is richly structured and uses the various locations the city has to offer, with carefully measured portions dedicated to each aspect of the story, which are skilfully intertwined with each other by editor Hana Dvořáčková. Stocklassa also employs a touch of suspense early on in the film: as Maja goes to bed at 1.37 am, everything suddenly starts shaking in the dark. Of course, these are mining detonations, which we will only find out about later.

Technically, the movie is impressive, as it takes advantage of the polar nights in the first half for some breathtaking visuals, courtesy of DoP Stanislav Adam. The grandiose organ music by Pavel Jan reflects the monumental nature of the concept of the city itself and the endeavour to move it, especially in the scenes where we see whole houses being transported by trucks.

Kiruna – A Brand New World is a production by Prague-based Analog Vision and is handled internationally by Luxembourg's Paul Thiltges Distributions.

Museum of the Revolution triumphs at East Doc Platform

The Serbian-Croatian co-production has won the EDP and IDFA Forum Awards, while other prizes went to projects from the Czech Republic, Russia, Ukraine and Serbia 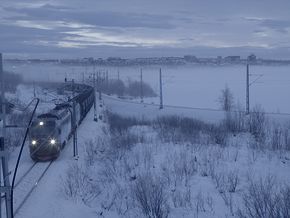 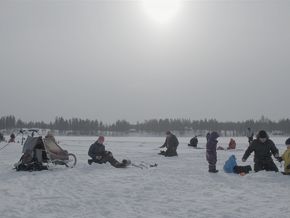 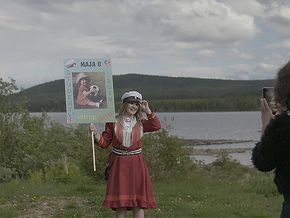