Review: The Wind. A Documentary Thriller

In the southern Polish region of Podhale, up in the Tatra Mountains, there is a special kind of wind, called halny. As a narrative title at the beginning of Michał Bielawski's fourth feature-length doc, The Wind. A Documentary Thriller [+see also:
trailer
interview: Michał Bielawski
film profile], informs us, it is "strong, biting and destructive. It affects the body and mind." The film world-premiered in the International Competition of the recent Visions du Réel.

The movie opens in a manner that immediately makes it live up to its title. Shaky images of this powerful and unpredictable wind tearing down roofs and trees are accompanied by recordings from the emergency service hotline. Not only do people call to report dangerous situations, but one man actually informs the operator that he is about to commit suicide. It is a dark and tense opening for the film, but by acquainting us with the inhabitants of the region, the director frames his topic within a humanistic context.

Middle-aged Teresa is trying to calm down the horses in her stable, and as the wind picks up, an older neighbour comes to help her protect her house. In a suspenseful nocturnal scene, they brave the wind and the snow as they try to nail a plastic sheet to the roof to secure it, and Bielawski – or, rather, DoP Bartek Solik – is right up there with them on a ladder and manages to grab some close-up shots, creating a palpable sense of danger.

We also meet a young female paramedic who discusses with a colleague how a man hanged himself in the forest. They also mention various "regular" callers and the awful state they’re in, which is more often than not related to their consumption of copious amounts of alcohol. Bielawski takes care to show us the psychological effects of the wind via various bizarre and sometimes comical details. Teresa is in love with the forest and writes poems about it (and cries as she recites them), and she wants to sell a piece of her land to buy a swathe of the woods from the Tatra National Park.

Meanwhile, her neighbour goes hiking with his large family and suffers a mild heart attack. The paramedic gets into an argument with her boyfriend. Irritability seems to be taking hold of everyone. A scene showing a young boy with crutches jumping on a trampoline implies there is an even more obscure dimension to living in this region ruled by halny.

All of this leads up to the final act, when the wind kicks in again. The director prepares it carefully, with epic shots of clouds swirling over the mountains, accompanied by dramatic orchestral music by Lukaš Kobela. Sound plays a crucial role, and Kobela and sound designer Martin Merc have created a symphony of complex musical compositions and sound effects that contribute just as much to building up the climax as the rich imagery does, ranging from dreamlike nocturnal scenes, through near-total whiteness in the scenes set in the snowy forest, to cataclysmic footage of the destruction wreaked by halny.

The Wind. A Documentary Thriller is a tour de force of observational documentary filmmaking, and is as powerful and, often, as dark as its topic. It was co-produced by Poland's Telemark, Slovakia's Peter Kerekes Film and HBO Europe. The international rights belong to the Krakow Film Foundation's KFF Sales & Promotion.

more about: The Wind. A Documentary Thriller

Interview: Michał Bielawski • Director of The Wind. A Documentary Thriller

"When I was preparing for my film, a judge told me that the number of crimes committed increases because of halny"

Polish director Michał Bielawski talked to us about The Wind. A Documentary Thriller, the Krakow Film Festival’s opening movie

Between 24 November and 5 December, the festival will be taking us down some intriguing paths, with the jury’s deliberations open to the public and a tightly curated selection of documentaries

A selection of eight films will be available to Latvian audiences free of charge, while two physical screenings will run in parallel in Riga 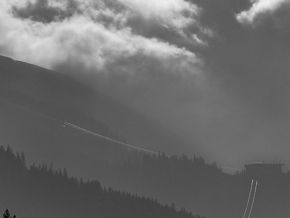 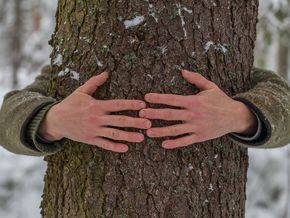