“Cursed be the day they found that saint!” It is in a vast and deserted landscape, where it never rains and where the earth is reduced to rocks and dust, that Moroccan filmmaker Alaa Eddine Aljem has chosen to set the story of his feature debut, the amusing and ingenious film The Unknown Saint [+see also:
trailer
film profile], unveiled in competition in the 58th Critics’ Week of the 72nd Cannes Film Festival. It is in this setting recalling the western, bathed in boredom, devoid of any economic assets, and at the heart of the microcosm of a small village populated by a few archetypal figures, that the director creates an almost “cartoonesque” tale of a gold rush repeatedly hampered by deeply ingrained local beliefs.

The film hits the ground running, tracing the misadventures of a thief (Younes Bouab) hunted by the police who buries his loot at the top of a hill in the middle of the desert, disguising the burial site as a cheap makeshift grave, before he is arrested. Ten years later, our bandit is freed from prison and thus returns, logically enough, to retrieve his treasure. But, to his extreme and very disagreeable surprise, he discovers, on the exact same location as the fake grave, a mausoleum built to the memory of an unknown saint. An object of devotion for the locals, who also see in it as a source of income from touristic pilgrimage, and who even relocated their old village to get closer to it, the site is guarded day and night. Our thief therefore moves into the inn next door, resolved to recover his money as soon as possible. But his attempts are incessantly obstructed, in one way or another, despite the help he is supposed to get from his accomplice, ironically nicknamed The Brain (Salah Bensalah).

Meanwhile, while a few almost exactly identical days pass, with imperceptible variations, other stories emerge: that of a father and his son, farmers who have stubbornly remained in the old, now isolated village (the older man praying for miraculous rain, the younger dreaming only of leaving); and that of a doctor newly appointed to the region and realising very quickly that he is simply, like the hammam, another weekly distraction for the local women, their imaginary ills cured by mere paracetamol. The men, meanwhile, kill time at the hairdresser’s, and every micro-event happening at the village is welcomed as a major attraction. The thief’s patience wears thinner and thinner…

Very well measured, the script written by Alaa Eddine Aljem allows him to calmly set in motion a rather diverting film, based on a very meticulous, simple, and effective comedy of situations. The film also delivers a few keys towards a social understanding of the atmosphere in parts of Morocco that are far from the modernised urban centres. But its identity as a tale that is perfectly under control (almost scientifically so) prevents it from arousing excitement, the emotions being kept at a distance from the viewer except for a few rare exceptions. This, however, does not take away from the general elegance of the film, which stands out for its hybrid style from the often very empathic and realist work coming out of North Africa these recent years.

Produced by the Moroccan society Le Moindre Geste and co-produced by the French structure Altamar Films, The Unknown Saint is sold internationally by The Match Factory.

more about: The Unknown Saint

"Stories seem to unfold out of private, family predicaments"

The artistic director of Cannes Film Festival’s Critics’ Week comments on his selection for this year’s revival edition, following the various peaks of the stormy pandemic

CANNES 2021: Omar El Zohairy has won the Grand Prize for Best Film in the Critics’ Week for his absurdist comedy that turns a patriarchal father into a chicken

Rachid Bouchareb will sponsor the 12th edition of the springboard programme for young creators hailing from southern and emerging countries, with Montenegro’s Sara Stijović among the selected talent 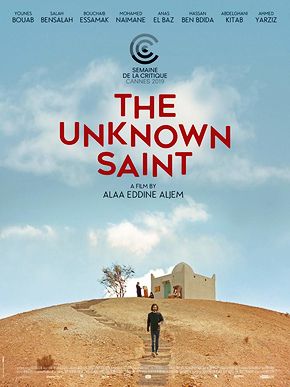 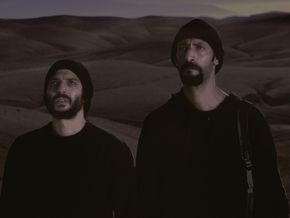 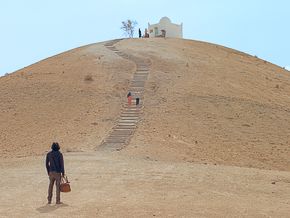