15/05/2019 - CANNES 2019: Waad Al-Kateab and Edward Watts’ documentary about Syria arrives in Cannes on the back of festival wins at SXSW and HotDocs

The hugely impressive documentary For Sama [+see also:
trailer
interview: Waad Al-Kateab, Edward Watts
film profile] by Waad Al-Kateab and Edward Watts is showing as a Special Screening at the Cannes Film Festival. It’s arrived on the Croisette with its reputation bolstered by having won the Audience Award and Best Documentary Award at the South by Southwest Film Festival, and the Special Jury Prize for International Feature Documentary at HotDocs.

It’s easy to see why the documentary has won so many plaudits. It’s a devastating personal history of the Syrian civil war told from the perspective of a protestor living in Aleppo, who dreams of overthrowing the authoritarian Assad regime and witnessing the arrival of a liberal democracy. Holding the camera is Waad Al-Kateab, who was a marketing student at the University of Aleppo when protests against the dictatorship swept the country as part of the Arab Spring in 2011. Over the following five years, Al-Kateab filmed the destruction of the city and, with it, her dreams crumbling like the buildings.

The co-director originally came to prominence with the reports she made for Channel 4 News called Inside Aleppo, about the complex humanitarian crisis there. This film takes us through her own personal journey, which saw her get married and have a child, Sama, during this period.

The movie gets its title from the narrative being structured around a cinematic letter written to her daughter, Sama, explaining why her mum joined the revolution and decided to stay in Aleppo and live at a makeshift hospital with her doctor father, Hamza, despite the inherent threat to their lives and the deaths of so many of their friends. Indeed, what separates For Sama from the plethora of documentaries about Syria is that it is a brilliant analysis of why people decide to stay in war zones, and thus could apply anywhere around the world.

That there is a madness in this thought process is highlighted when the family go to Turkey to visit a sick relative and still choose to return to Syria, with their newborn baby in tow, dodging bombs and firing guns along the way. The film is full of incredible images, from bodies being fished out of a river to happier moments, such as their own wedding.

Nonetheless, there is one major caveat to the film, and that is its complete failure to analyse what was happening in Syria and the Arab world on a more macro-political level. The 2011 protests seem to be happening in isolation from the other movements that exploded across North Africa. There is no mention of the West’s involvement in arming the rebels and, more worryingly, arming the religious fundamentalist factions as they enlist “locals” to bring about a regime change. Russia is blindly seen as the enemy, while no consideration is given to their global perspectives or why they would choose to support Assad. It’s understandable that the political situation is not that complicated from the perspective of Al-Kateab, a victim of aggression, but as the story is told in hindsight, there is room for more of a macro-analysis. Award-winning British director Edward Watts also gets a co-credit for helping to tie the footage together in order to create what is, on the level of a personal story about life during wartime, extremely powerful stuff.

For Sama is produced by Channel 4 News and ITN Productions with Channel 4 and PBS Frontline, and sold internationally by Autlook Filmsales.

more about: For Sama

CANNES 2019: Waad Al-Kateab and Edward Watts discuss their documentary For Sama, selected as a Special Screening at the French festival after having world-premiered at SXSW

“My main focus is getting people to go to the cinema, but I would appreciate if more space was devoted to arthouse films on platforms”

We caught up with Seppe Vanhaecke, responsible for distribution at MOOOV, to discuss the Benelux distribution and the current situation

For Sama triumphs at the first International Migration Film Festival

The first International Migration Film Festival ready to kick off 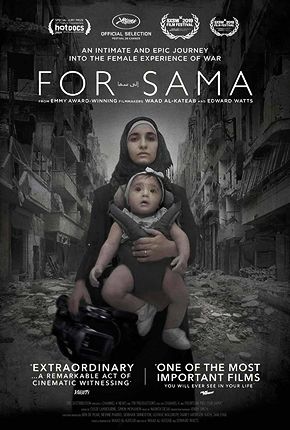 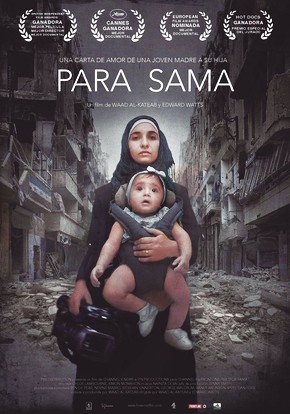 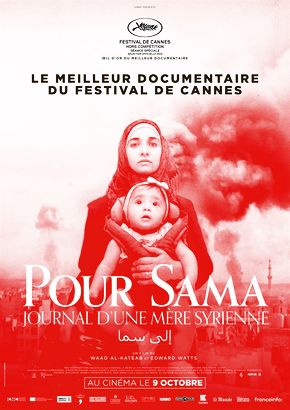 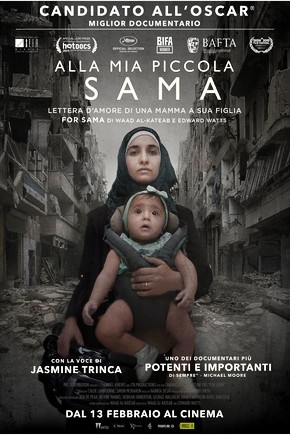 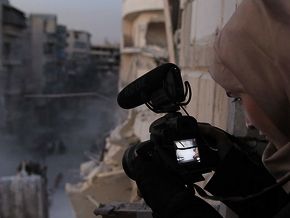