17/05/2019 - CANNES 2019: Bertrand Bonello puts his name to a film steeped in the occult and brilliant despite its simple façade, blurring the boundaries between times and worlds

"Listen white world To the volleys of our dead Listen to my zombi voice In honour of our dead ". These are the opening words, taken from René Despestre’s poem - which will be picked up again and examined in more depth later on in the film – of Zombi Child [+see also:
trailer
interview: Bertrand Bonello
film profile], the new opus by the ever brilliant Bertrand Bonello, which was unveiled at the 51st Directors’ Fortnight during the 72ndCannes Film Festival. By delving into a subject which has been somewhat over-explored in TV series and films in recent times, armed with only a modest budget, the French director is flying in the face of survivalist sagas which tend towards the grisly to embark upon a fascinating ethnographic and occult adventure, examining the deep Haitian roots of voodoo - a grey zone between life and death - against a backdrop of both slavery and freedom.

The year is 1962 and we’re in Haiti. A faceless individual cuts up a bird and prepares a powder, which he then slips into the shoes of a man who will later collapse in the street, be buried by his grieving family and find himself zombified. In his sleepwalking state, he is condemned to work in a sugar cane plantation alongside other creatures just like him, who are supervised by a handful of smirking slave-masters. At this point, the film suddenly lurches forward to the present day, and to Saint-Denis on the outskirts of Paris where a lesson is taking place at the Légion d’Honneur high school. Uniform-clad girls of around fifteen years old are listening to a lesson on Jules Michelet’s The People, the legacy of the French Revolution, the promises of which aren’t always kept in this 19th century. The idea of progress has overshadowed freedom and "a discontinued and hidden history would look for opportunities to re-surface and try out new things". The lesson reads like a manifesto, heralding the next chapter of Zombi Child, which proceeds to tell the tale of four girls who board at the high-school (one of whom, Melissa – Wislanda Louimat – is a Haitian orphan) and who secretly come together at night in the guise of a literary sorority, and of Clairvius Narcisse (Bijou Mackenson), the zombie whom we met at the beginning of the film, who will eventually manage to escape from his situation. Like a slowly coiling snake, this double plot will gradually wind together, turning into an exploration which will abolish the time-space continuum. It also opens the door to spirits of a more or less well-intentioned nature, summoned by Melissa’s aunt, the voodoo priestess Mambo Kathy (Katiana Milfort), at the request of young Fanny (Louise Labèque) who is consumed by an agonising and passionate love ("when you’re not here, I drift through the night like a body with no soul).

A captivating cinematic experience, Zombi Child is a sorority film about a culture whose members live in the constant presence of death as a result of a powerful and potentially violent link, implicitly referencing topics such as the karma of slavery, the betrayal of values, the loss of memory, the sense of belonging to a community, the power of spirits, myths and reality, the doors of our imagination, etc. These many themes (among others) are very subtly hinted at by Bertrand Bonello from beneath the cloak of what seems to be a modern, girl-focused teen movie but which is actually crossed with a historical film and a semi-ethnographic documentary. It’s a surprising and fascinating mix which will require more than one viewing to reveal all of its earthly secrets.

Zombi Child is produced by My New Pictures and Les Films du Bal, and co-produced by Arte France Cinéma, with international sales headed up by Playtime.

Emily Atef in the midst of filming More Than Ever

Bratislava’s Febiofest gets a makeover for its 27th edition

A recap of French sales agents’ main announcements at Toronto 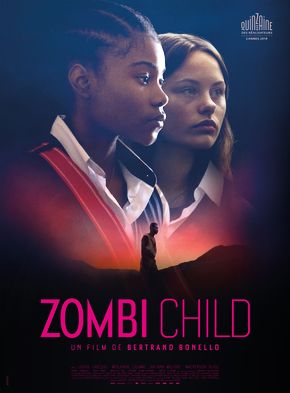 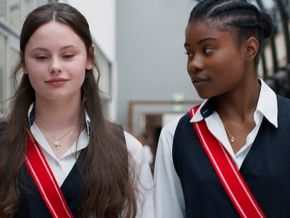 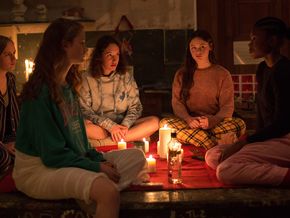 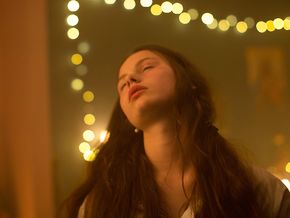