Who’s the slave to whom? Booming these days, interconnected devices powered by artificial intelligence are both fascinating and worrisome. At the crossroads of “deep learning” — the process, getting more refined every day, by which these machines teach themselves — and of the gigantic databases that are growing across the world, which artificial intelligence use to establish optimisation scenarios (or to calculate risk probabilities), the phenomena is starting to seep into the everyday lives of ordinary human beings, and is going to expand very quickly. It is to this topic, which usually inspires science-fiction, that filmmaker Benoît Forgeard has decided to apply his satirical, wacky sense of humour in All About Yves [+see also:
trailer
interview: Benoît Forgeard
film profile], which closes the 51st Directors’ Fortnight of the 72nd Cannes Film Festival. It’s another eccentric (though not unintelligent) episode in the saga of man vs. machine, which the director fuels with rap battles to create a comedy that also reflects (though gently so) upon the conditions necessary for artistic success.

Jérem (William Lebghil, who has become an icon of French comedy, from The Freshmen [+see also:
film review
trailer
film profile] to (Girl)friend [+see also:
trailer
film profile]), is down in the dumps. Forced to live at his grandmother’s suburban house, the young man who dreams to make it in the world of rap (though he does not seem to have the artistic means for success) is trying to save money. He therefore accepts to enroll in a test program for a “fribot,” an intelligent fridge supplied for free by the company Digital Cool. Thus enters into Jérem’s life the intelligent fridge Yves which, at first, simply asks for the shopping list. Yves then attempts to push Jérem towards adopting a healthier diet, before it starts interfering with Jérem’s life more and more, syncing up with the address book in his mobile phone to organise dates on his behalf, etc. The rapper does not at all appreciate these intrusions into his private life, and makes it known (of course, Yves the fridge possess the capacity for speech, and does not hesitate to give Jérem a lot of friendly advice). Jérem is about to give up on the test when Yves, of its own volition, offers Jérem a pair of magnificent speakers, under the supervision of So (Doria Tillier). Charged by Digital Cool to follow the test’s progress, So is a beautiful woman who has an undeniable effect on Jérem. But Yves does not stop here: in improving some of Jérem’s rap verses and sharing them on social media, the fridge suddenly transforms the looser into a star. Drunk with success, the rapper will nevertheless soon realise that his very identity is in danger, and that artificial intelligence is a more than fearsome friend, in a society caught in a technology frenzy as euphoric as it is menacing…

Accentuating its satirical aspect to the extreme, Benoît Forgeard purposely gives his film a resolutely caricatural look. Unafraid to verge on idiocy (Philippe Katerine appears in a second role) and on the grotesque when necessary, he creates a large contrast with the underlying philosophical question the story relies on. This deliberately outrageous comedy — reinforced by a visual approach that does not hesitate to occasionally blow up the film’s colour palette — risks confusing those with a more serious sensibility, but will entertain the others.

Produced by Ecce Films, All About Yves is sold internationally by Le Pacte.

more about: All About Yves

Interview: Benoît Forgeard • Director of All About Yves

“The kind of humour that interests me is a questioning, critical, satirical type”

CANNES 2019: French filmmaker Benoît Forgeard discusses All About Yves, his wacky comedy about artificial intelligence, which closed the Directors’ Fortnight section at Cannes

Independent cinema on show on the Champs-Élysées

Stéphane Brizé will preside over the jury at this 8th edition of the festival where masterclasses from Jeff Goldblum, Debra Granik and Kyle MacLachlan are all on the cards 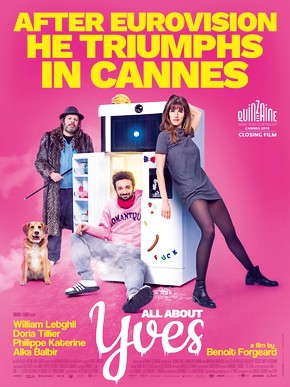 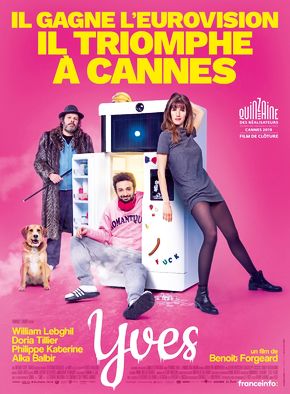 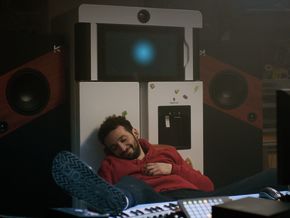 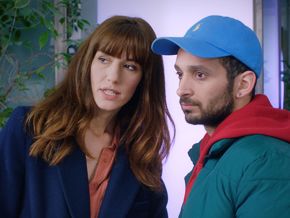 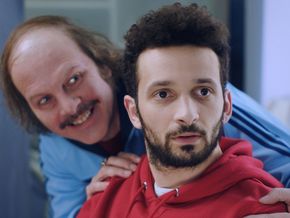 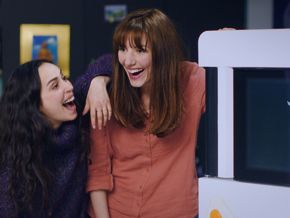