23/05/2019 - CANNES 2019: Arnaud Desplechin tackles the genre of the crime thriller against the backdrop of poverty, but struggles to be convincing despite a great performance from Roschdy Zem

Desperate and tragic crimes born in a city where 75% of neighbourhoods are classified as sensitive areas; where 45% of the population lives under the poverty line in an area that has seen many successive waves of immigration; where all that now remains is misery. This is the present state of the hometown of French filmmaker Arnaud Desplechin, who had already used it as a background in A Christmas Tale [+see also:
film review
trailer
film profile] and in My Golden Days [+see also:
film review
trailer
film profile], but who had never before addressed head-on the prevailing poverty of the place, where the air is humid even in the winter. Now he has, with Oh Mercy!, presented in competition at the 72nd Cannes Film Festival. Approaching the crime thriller for the first time, the director has attempted to represent this narrow universe by adapting Mosco Boucault’s 2007 documentary Roubaix, commissariat central into a fiction (with Léa Mysius as co-writer).

“One day, you turn around and you realise that life isn’t free. That you were wrong. I also think that life should be enchanted like it was in your childhood, but it isn’t.” Police commissioner Daoud (Roschdy Zem) drags his “Melvillian” airs of quiet, solitary insomniac across the many interventions by local police. It’s Christmas eve, cars and houses are burning, altercations are breaking out, and the police must relentlessly sort out the truth from the lies. It’s an exercise the commissioner is very good at (“Do you always know when a suspect is guilty or innocent? - Yes, I try to think like they do”), relying on his intuition and his perfect knowledge of the inhabitants of this city, where he has spent most of his life (but which his entire family has left to return to Algeria). Meanwhile, the young and very christian lieutenant Louis (Antoine Reinartz) is discovering the area, the complicated neighbour disputes, (“I’ve knocked on the doors of this town, and they open on women veiled, beaten, or triumphant”), the sardonic repeat offenders snitching on each other, the dilapidated houses protected by attack dogs, etc. Police apprehensions, extensive interrogations, body searches, cell extraction: the everyday life of the police is an endless repetition. But the death of an 83-year-old lady, strangled and choked at home, in an area where an arson attack had taken place just a few days prior and where young women Claude (Léa Seydoux) and Marie (Sara Forestier) live, will suddenly draw Daoud’s attention, and he decides to arrest and question them separately…

It’s almost as if there were two distinct films in this new feature from Arnaud Desplechin. The first, an immersion into the various aspects of an almost infernally despairing modern universe around the meditating figure of Daoud (Roschdy Zem, impeccable), is rather convincing. But when the story centres on the two suspects and the film becomes a series of meticulous interrogations (the version of events of each woman is scrutinised several times, under different kinds of psychological pressures, before a confrontation and a reconstitution once again change their account of events), a sense of flawed realism creeps in and sends the film adrift, the two actresses being, despite their best efforts, rather unconvincing as lost children from the lower classes. Shot with an interesting, raw, and pared down visual style, Oh Mercy! would have no doubt benefited more from focusing on the iconic figure of commissioner Daoud.

Produced by Why Not Productions and co-produced by Arte France Cinéma, Oh Mercy! Is sold internationally by Wild Bunch.

"Looking beyond this socially oppressive behaviour, you find human souls"

CANNES 2019: French filmmaker Arnaud Desplechin talks to us about Oh Mercy!, unveiled in competition in Cannes

The actor is flanked by cast members Yolande Moreau and Marina Hands in this film steered by Why Not Productions, on which shooting has just commenced

Marion Cotillard and Melvil Poupaud star in the filmmaker's last movie, while upcoming works from Pietro Marcello and Valeria Bruni Tedeschi will also be co-produced by the French-German TV channel 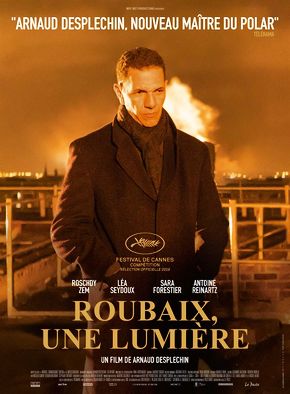 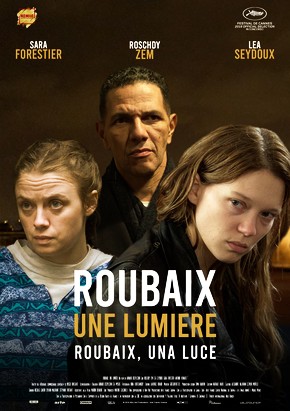 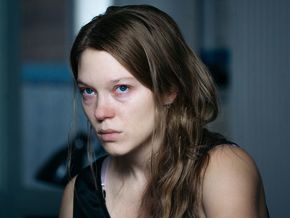 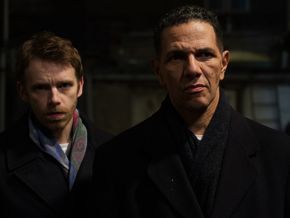 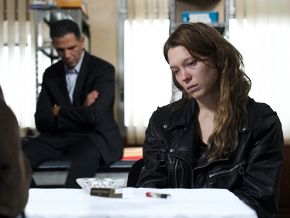 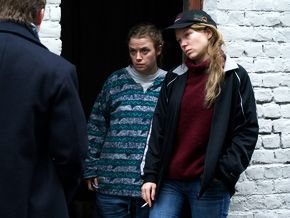 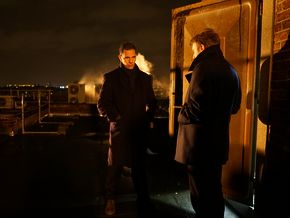