Artemio Benki's feature-length directorial debut, Solo [+see also:
trailer
interview: Artemio Benki
film profile], is an observational documentary about a brilliant pianist struggling with mental illness. In addition to the emotional richness that the protagonist and the director's approach bring to the movie, its setting provides an impressive background to the film, which has just world-premiered in Cannes' ACID section.

Buenos Aires' El Borda psychiatric hospital is the largest and most famous such institution in Latin America and would warrant a fascinating documentary in its own right. This is where we meet brilliant pianist Martín Aníbal Perino, as he performs a classical piece on the occasion of a non-specified celebration.

Martín, now 35, was hailed as one of the greatest Argentinian musical prodigies, who played his first concert at the age of ten and went on to win all of the possible national awards and to work with the world's most acclaimed mentors and orchestras. When he was working on his first composition, he suffered a breakdown and asked to be admitted to El Borda, where he was diagnosed with paranoid schizophrenia.

A chubby, curly-haired, immediately likeable chain smoker, with intelligent but sometimes glazed-over eyes, Martín does not always have the chance to play the real piano, so he often practises on tabletops, chairs, or even sitting on the ground and tapping on the grass. Numerous detail shots of his hands bring us closer to his inner world, and segments of his sessions with a therapist tell us more about how the creation has harmed the creator. Is this a portrait of a troubled genius, an idea that was so popular in the times of Romanticism, but is now mostly demystified and obsolete?

No, Solo is a study of a person in whom mental strength and fragility are feeding off each other, as he attempts to strike a balance that would allow him to lead a (relatively) normal life and do what he loves the most: play the piano. When he is discharged from the hospital after three years, but still subject to medical therapy, he struggles to adapt to the outside world. His own place, once clearly an impressive downtown mansion, is now decrepit and does not really look any more welcoming for its owner than the colourful facilities of El Borda's cultural centre.

But Martín fights and refuses to give up. He is in the process of composing his new, complex musical-dance piece, "Enfermaria", the title being a combination of the words "infirmary" and "Maria" – a scene with his therapist and a mannequin head that on one side has a woman's face and on the other, under the wig, the scary, painted face of death, could serve as an unforgettable visual reminder of this composition.

Supported by Sol, a dancer friend with whom he shares an inexplicably close mental connection, and another former hospital patient, he is always on the lookout for a chance to play in front of an audience. This is what inspires him and makes him more stable, but it is not easy to score a gig when you've been absent from the scene for years.

Benki has taken his time with his protagonist, shooting constantly for hours at a stretch so as to catch important moments, but also to be able to edit the footage into a vibrant succession of scenes of different lengths and using various camera angles, bringing the audience closer to the troubled pianist's situation and state of mind. The result is at the same time beautiful and sad, emotional and harsh, and always engaging for a sensitive viewer willing to delve into Martín's world.

"I prefer a humanistic approach that comes out of honest curiosity"

CANNES 2019: We caught up with Paris-born, Prague-based filmmaker Artemio Benki to find out more about his feature-length directorial debut, Solo

The film by Italy’s Valentina Pedicini has triumphed at the Catalonian gathering, which was held online and which managed to beat its own audience record, with 130,000 viewers tuning in via Filmin

Bratislava’s Febiofest gets a makeover for its 27th edition

The revenge road-dramedy has won three awards, while the chamber comedy Owners followed close behind 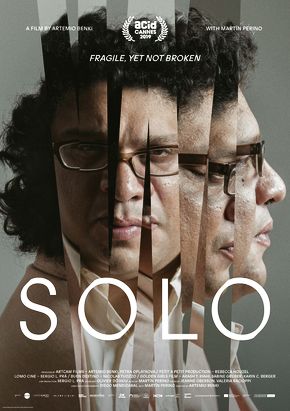 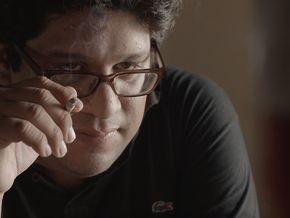 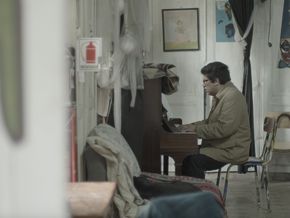 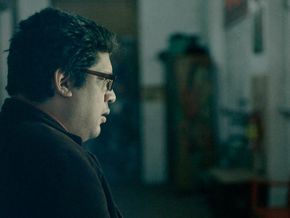 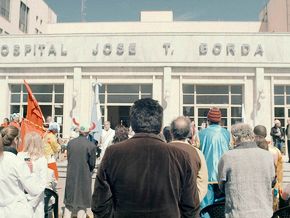 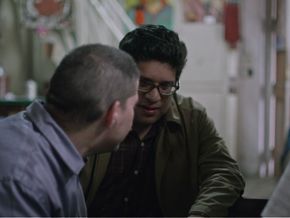 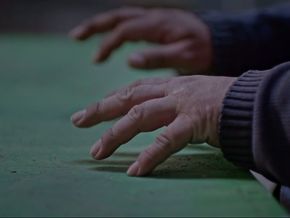