23/05/2019 - CANNES 2019: Ala Eddine Slim’s is a story of desertion with Kubrickian overtones, which doesn’t fulfil its promise

The references to Stanley Kubrick come thick and fast in Ala Eddine Slim’s sophomore film, Tlamess [+see also:
trailer
interview: Ala Eddine Slim
film profile], a psychological thriller that plays out in the Tunisian desert. Playing in the Directors’ Fortnight at Cannes, the film starts with a soldier questioning the way that terrorism is used by the state as a tool to assert more power over its citizens. That this will be a work that deals with the psychological state of the protagonists is also quickly established with the appearance of a black portal in the woods, which is a reference to 2001: A Space Odyssey. Are the humans again the apes? Indeed, Kubrick is writ large over much of this film, with further homages in a scene where a soldier commits suicide and in the close-up on an eye. The eyes sometimes communicate with each other in the absence of dialogue from S., and it is during these moments that this mysterious film occasionally takes a surrealist turn. But while the movie pays tribute to Kubrick, Tlamess is not as relatable as the great American director’s work, nor does it have the big idea about the human condition – or if it does, it’s unclear because Tlamess becomes too obtuse to hit home.

The story of a soldier on the edge of despair and on the run is a familiar trope in cinema, and occasionally in films such as Full Metal Jacket and Jerzy Skolimowski’s Essential Killing [+see also:
film review
trailer
interview: Jerzy Skolimowski
film profile], these stories are more about the mental state of soldiers than they are about trigger pulling. The impersonal nature of this state becomes apparent when a lieutenant informs a silent S. (played by poet and musician Abdullah Miniawy) that his mother has died. S. is given compassionate leave for a week and takes the opportunity to burn his army paraphernalia and desert his employers. Once the authorities realise what he has done, they track him down, and S. soon finds that he is a fugitive from the law and grows a beard that is striving to be as straggly and immense as Vincent Gallo’s fugitive soldier in the aforementioned Essential Killing.

Slim tells the story through a series of composed shots that have a touch of Michael Haneke about them, especially when DoP Amine Messadi pushes the gaze into third space. Indeed, in the first act, Slim succeeds in creating a tense atmosphere and the feel of a thriller, which is what makes it such a big shame that he wanders into a cul-de-sac.

The story then switches to a woman, F. (Souhir Ben Amara), who discovers she is pregnant just as she has hit high levels of boredom in her marriage. So she is also on the run, but the film takes a turn for the worse when these two characters meet each other in the woods. The momentum of the earlier scenes suddenly becomes static, and the movie gets an injection of Stockholm syndrome and becomes a story about the rebirth of S., who is suddenly given a purpose in life: to cultivate the next generation. In contrast, F. becomes a bit of a non-character as the film fizzles out. While the narrative doesn’t quite cut it, the sound design and cinematography remain of a high standard as Slim creates an atmospheric picture about trying to find meaning in life.

"I tried to be provocative, both for myself and the viewer"

CANNES 2019: Tunisian filmmaker Ala Eddine Slim presented his second feature Tlamess in the Directors' Fortnight, and talked to us about it

"Films which aren’t simply products, but which are actually directors’ visions"

Paolo Moretti, the new artistic director of Directors’ Fortnight at Cannes, talks about the choices made during his first experience of leading this selection process

A prestigious, international line-up will grace the Swiss festival this year 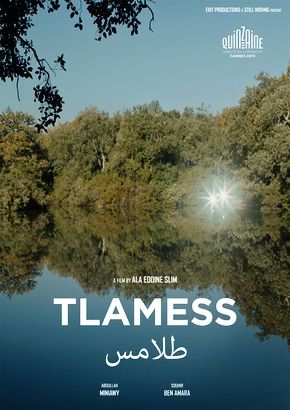 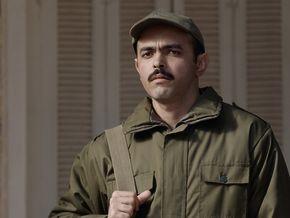 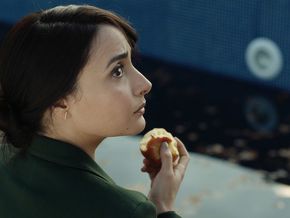 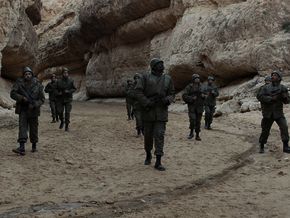 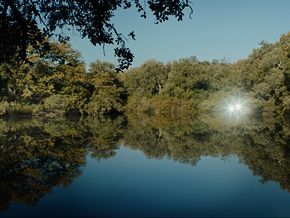