Review: Picture of His Life

Amos Nachoum in Picture of His Life

Amos Nachoum is the world's most highly acclaimed underwater still photographer. In his 35-year-long career, he has taken close-up photos of great white sharks, leopard seals, orcas, anacondas and crocodiles, but one animal has forever escaped him: the polar bear hunting underwater. Now 65, he will once again attempt to capture the animal that almost killed him when he last tried to photograph it. This man and his quest for the impossible shot are the subject of Picture of His Life [+see also:
trailer
film profile], the latest documentary by Yonatan Nir and Dani Menkin, which has just opened the 21st Tel Aviv Documentary Film Festival Docaviv.

Nir and Menkin introduce us to their protagonist via the testimonies of his esteemed colleagues and experts, including Jean-Michel Cousteau and Adam Ravetch, an Emmy-winning cinematographer who will accompany Amos to Baker Lake in the Canadian Arctic. This is where they will, with the help of local Inuits, try to find and photograph the polar bear underwater. But as one of the film's narrators, National Geographic explorer Dr Sylvia Earle, tells us, they only have a five-day window in which it will be possible to do so, as the ice is receding because of global warming. This angle is also tackled through conversations with the Inuits, who are losing their way of life owing to the decreasing number of animals they can hunt. And the rise in the frequency of attacks by polar bears on humans is in part chalked up to the animals losing their primary food sources.

As for Amos' private life, his two sisters talk about his growing up under the heavy hand of their father, who wanted him to be a "normal" person – to become a carpenter and start a traditional family. One segment with Amos' father explaining how his son is not giving other people anything, and how everything he does is only for himself, with Amos himself in the shot, frowning with his bushy eyebrows, is set to dramatic music that the film is full of. The score by Chris Gubisch alternates between uplifting, atmospheric and suspenseful, and Nir and Menkin use it throughout the film, which sometimes feels excessive, but also enables them to achieve peak drama by simply turning off the music at the key moments.

Amos himself is a man of few words, at least for the camera. We don't get to hear him talk until almost 30 minutes into the movie, when he, in the sole interview in the film, talks about the horrors of war. He actually started off as a war photographer, after being a soldier in the particularly bloody 1973 Arab-Israeli War.

Nir and Menkin rightly focus on the visuals. The testimonies of famous scuba divers and wildlife experts are delivered only through sound, set against iconic images that Amos created throughout his career. If you Google his name, you are likely to recognise many of them.

The five-day expedition is interspersed with these background stories, at times edited together in what feels like an overly obvious way. But the quest itself is very exciting and suspenseful, and is best left for the audience to experience without any prior knowledge. Suffice to say that Amos' life is threatened once again by the dangerous animal, and his troubled relationship with his father gets a powerful and emotional denouement.

Picture of His Life is a co-production by US outfits Hey Jude Productions and Playmount Productions, and Israel's Yonatan Nir Films. Yonatan Nir and Dani Menkin have the international rights.

more about: Picture of His Life

Review: Picture of His Life

Yonatan Nir and Dani Menkin's Picture of His Life will open the 21st edition of Docaviv, set to take place from 23 May-1 June and screen over 120 films 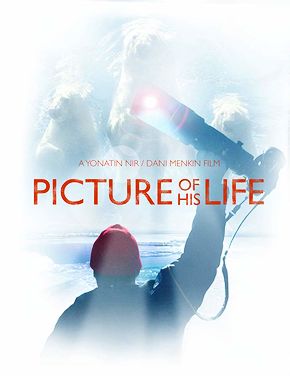 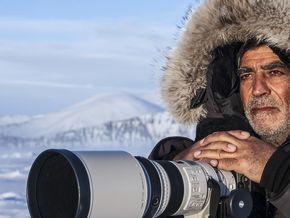 It Were Love
by Patric Chiha
Berlinale 2020 - Panorama