04/06/2019 - Set in the Soviet Union in 1984, Michael Idov’s debut feature centres on an entertainer tormented by a lack of artistic freedom

Aleksey Agranovich in The Humorist

One of the 12 titles competing for the main prize at this year’s Transilvania International Film Festival (31 May-9 June), The Humorist [+see also:
trailer
film profile], the directorial debut by Michael Idov (one of the co-writers of Kirill Serebrennikov’s Leto (The Summer) [+see also:
film review
trailer
interview: Ilya Stewart
film profile]), is anything but a comedy. Set in August-September 1984, the film depicts roughly one week in the life of a fictional Jewish-Russian famous comedian and failed writer called Boris Arkadiev (Aleksey Agranovich). Yet, as made clear by the title, Arkadiev is truly more of a humourist than a comedian, considering that he mainly manages to get by because he humours and yields to the wishes of important KGB figures, complying with their demands regardless of how humiliating they often appear to be. Even more frustratingly, the jokes he tells in front of an audience seemingly have little to do with the ones he would wish to make.

“The KGB are his biggest fans; Boris performs in some general’s sauna every week,” Simon, a friend of the protagonist’s, spitefully discloses to a bunch of other mutual friends at a dinner, provoked by Arkadiev’s arrogance and perhaps annoyed by his celebrity status. An intriguing character, tormented not only by the regime’s restrictions on creative freedom, but also by the judgemental contempt of others and his own insecurities, Arkadiev leaves the dinner with none other than Simon’s companion, a younger redhead who, upon hearing the “Let’s go” addressed to her by the entertainer in front of everyone, obeys him without uttering a word.

With a script penned by Idov together with his wife, Lili Idova (the third co-writer of Serebrennikov’s Summer), the film takes its time in revealing the protagonist’s conflicts and motivations, and it is after a well-employed delay that we see Boris Arkadiev get home to his family – a wife, a six-year-old daughter and a teenage son who turns out to be one of his father’s harshest critics. As if trying to bring its viewers closer to the state of confusion that the protagonist finds himself immersed in, The Humorist also occasionally misleads the audience and hinders immediate understanding of the events depicted. Sometimes, this effect is achieved by making use of ellipsis. Thus, when KGB officers show up banging on Arkadiev’s door late at night (and as it is impossible to tell whether the character himself has any idea what the reason for this is), we are led to wonder whether, at a show earlier that evening, the humourist did indeed turn his idea of showing off a new and still-to-be-approved comedic number into reality.

However, when finally revealed, the reason may come as a surprise, for who could have expected the ensuing mysterious trip (marked by a series of noir elements) to have anything to do with astronauts and their desires? The consequences of Arkadiev’s dangerous outburst when asked anew to perform for KGB leaders in a bathhouse are also surprising, at least to some extent.

Before the closing credits start to unspool (only to be interrupted by a scene set in 2018), The Humorist reprises its prologue-like opening scene, a fragment of a fictional home movie, the role of which can now better be understood – and which may even appear to provide a condensation of all of the themes found in the film. Despite being set in the USSR in the 1980s, the story told in Idov’s debut feature ultimately draws our attention to the issues that artists working in modern-day Russia have to face.

The Humorist was produced by Russia’s Metrafilms together with Czech outfit Sirena Film and Latvia’s Tasse Film. Its world sales are being handled by m-appeal.

more about: The Humorist

The Colombian co-production Monos received the Blue Angel for Best Film, while Best Director went to Jonah Hill for his US indie flick Mid90s; further awards went to Austria, Russia and France

Set in the Soviet Union in 1984, Michael Idov’s debut feature centres on an entertainer tormented by a lack of artistic freedom 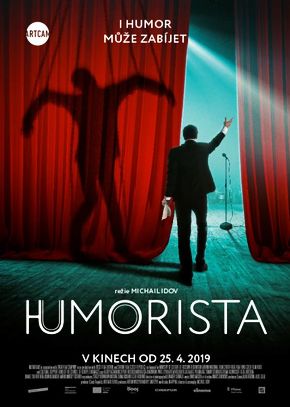 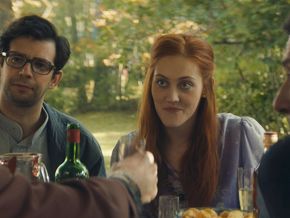 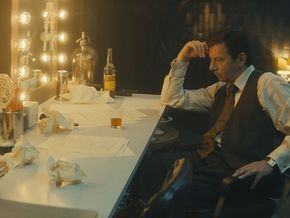 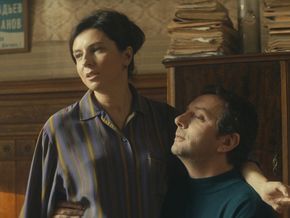 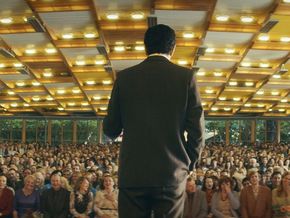 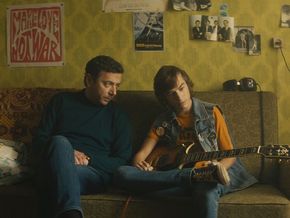 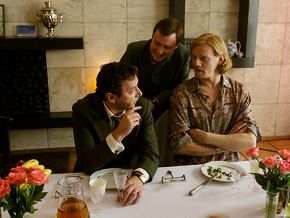 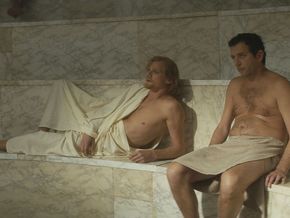