17/06/2019 - The production history of this feature by Latvian animator Gints Zilbalodis is fascinating, but it’s what finally made it to the big screen that truly impresses

With the Baltic countries having a rich history of animation, thanks to a diverse range of directors from Priit Pärn to Signe Baumane, it’s intriguing to see animator Gints Zilbalodis take his influences from those far away from his native Latvia. In Away [+see also:
trailer
interview: Gints Zilbalodis
film profile], which recently screened at Zagreb and Annecy (where the film won the Contrechamp Award for Best Emerging Talent), rather than ape the traditional hand-drawn style of animation, Zilbalodis has created a lush, 3D CGI affair in which Japanese anime takes its place amongst a myriad of other pop-culture influences.

A young boy – who will be our nameless protagonist throughout the film – wakes up hanging from a parachute harness in the middle of a verdant forest. As he acclimatises to his surroundings, a mysterious giant – all shimmering black and inscrutable intentions – begins to stalk him across the land. Whilst running away from his newfound foe, our hero finds an oasis, the entrance to which his enemy cannot (or will not) pass. But as he finds some respite, our hero finds himself in danger of becoming too comfortable with his surroundings. With the discovery of a map and a motorcycle, he must decide whether or not to continue his journey. Will the mysterious creature continue to follow him? Will he find an ultimate destination in which he can be free?

Stylistically, the film takes its cues from the work of Hayao Miyazaki, with an aesthetic that bears huge similarities to the likes of classics such as Ponyo (2008) and My Neighbour Totoro (1988). Our human hero and the cute creatures that later accompany him on his odyssey all have the look we’ve become used to from anime – all wide-eyed and innocent – whilst the bright primary colours are also redolent of the world of Japanese animation. Computer games are also clearly an influence here, with works such as Shadow of the Colossus, Ico and Journey all reflected in the universe that Zilbalodis has built. There’s a constant feeling that the world contains much more to explore than is actually shown on screen, and indeed, the seasoned computer game fan may sometimes wonder when the cut scene is going to end so they can have control of the lead character.

Thematically, the film also ploughs culturally fertile land, taking in ideas from epic literature – this is the “hero’s journey” writ large – alongside a surrealistic storyline that incorporates aspects and themes of adolescence, coming of age and even environmental concerns.

But displaying multiple influences should not be mistaken for being derivative – Away feels like a complete and satisfying movie in its own right. Admittedly, some of its impressive nature comes from the nature of its production: the entire movie was created by Zilbalodis alone with no crew. The animation, music (which is also an excellent, and important, part of the film) and editing were all done by him alone, and on a technical level, it’s an astonishing achievement.

But beyond its technical wizardry, Away is itself is an absorbing example of creating a world, alongside a master class in building an engrossing narrative without using dialogue.

The Latvian film – represented by the USA’s Cinema Management Group – has already been picked up in territories such as the Middle East and Poland. With a comparatively large buzz surrounding it already, more sales look assured, as does a more than healthy festival run.

Interview: Gints Zilbalodis • Director of Away

“I was working on it alone for a long time, and I really didn’t know if people would like it or not”

We caught up with Latvian director Gints Zilbalodis to chat about his fairy tale-like animated adventure Away, which is screening at the Annecy Film Festival

Latvian animation Away wins the Best Feature Award at Animest

Magnetic Latvia Film Conference to kick off in Riga next week

The event, organised by the Investment and Development Agency of Latvia, will focus on the development of the Northern European film market

I Lost My Body triumphs at Annecy

Jérémy Clapin’s film has won the Crystal for Best Feature and the Audience Award, while a Special Mention from the Jury went to Buñuel in the Labyrinth of the Turtles

The production history of this feature by Latvian animator Gints Zilbalodis is fascinating, but it’s what finally made it to the big screen that truly impresses 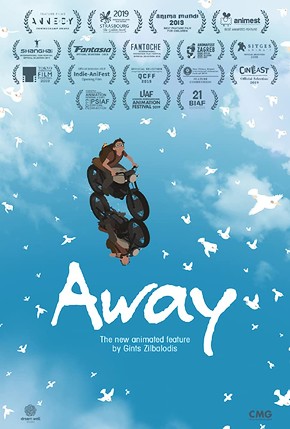 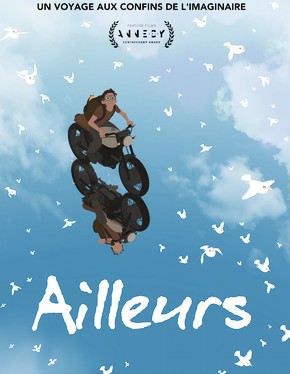 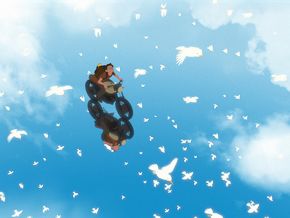 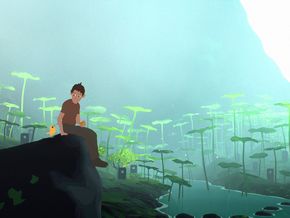 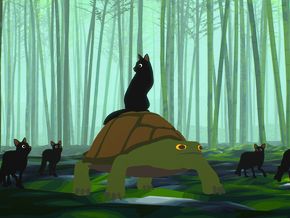