Competing for the Michael Powell Award for Best British Feature Film at the Edinburgh International Film Festival (19-30 June), after having world-premiered at the Berlin Film Festival, where it was the only British film in any of the official selections, Bait [+see also:
trailer
interview: Mark Jenkin
film profile] is a history lesson in film technique, a contemporary tale about the fault lines in British society and one of the standout debut features of the year.

Where to start in commending Mark Jenkin for Bait? As a screenwriter, he has woven together an enlightening tale about contemporary Britain that takes place in the aftermath of the Brexit referendum in Charlestown and Penzance, revolving around the floundering fishing industry, gentrification and class division. As a director, Jenkin has a terrific command of film language and is daring in his use of hyperrealistic acting to establish and pursue a comic tone. As a cinematographer, he has crafted exquisite black-and-white frames using a 1970s 16 mm wind-up Bolex camera and hand-processed the Kodak film using coffee, amongst other natural materials, to create a look that is like caffeine for the cornea. The editing is cut from the same cloth as Sergei Eisenstein, using montage to build a rich world, create tension and juxtapose the different conflicting lifestyles, creating a patchwork of brazen characters. And he handled the music, too, creating a picture with an impressive soundscape, in which a bag on the ground can sound like an earthquake and the howling wind is like the crescendo of an orchestra.

The world is as black-and-white and as scratchy as the images. Our anti-hero is Martin Ward, played by local Cornish comedian Edward Rowe. With his beard, permanent frown and broad shoulders, he looks like the archetypal sailor, except that he no longer owns a boat. It’s been hard times for the fishermen in Cornwall: Martin’s brother Steven (Giles King) has turned his vessel into a boozy leisure cruise for tourists, which is a source of great friction between them, while another fisherman now makes a better living as a taxi driver.

The locals suffer the humiliation of having to sell their homes to rich city-slicker types, who make use of the houses to spend their summers by the sea, bringing with them their capitalist ways and supermarket wines, and using financial penalties to protect their property rights. Martin is livid when his beaten-up vehicle is clamped on the road to his childhood home, now owned by Sandra and Tom Leigh (Mary Woodvine and Simon Shepherd). Jenkin is forthright in his assessment that this quaint town is no longer a rural community of fishermen; instead, the place is a summer tourist destination, where even the local pub, the one place where the rich and the poor mix, now only opens during the months when the sun shines brightest.

There is a simplicity to the political arguments here that some audiences may balk at, but doing so would arguably be missing the point that this is a narrative that feels most real to those who have the impression that they are being left behind as British society moves from an industrial economy to a digital one. Bait, as its title suggests, is a form of temptation, an invitation to bite into a challenge. The aesthetic and cuts are violent and challenging, which is so far from the norm that it will leave some feeling seasick – a great reaction to have to this superb film.

Bait was executive-produced by Kate Byers and Linn Waite, of the UK’s Early Day Films. Denzil Monk served as associate producer. The movie is being distributed in the UK by the BFI.

“People can see whatever they want to see in the movie; it's the audience's film now”

We sat down with British helmer Mark Jenkin to unpick his latest, critically acclaimed feature Bait, which goes on general release in the UK today

Cineuropa talked to Gerard Johnson, the director of Muscle, screened in competition at Tallinn's Black Nights, about toxic masculinity and pumping iron

Sam Mendes’ movie has scooped Best Film and Best Director, while For Sama has won Best Documentary and US thesps swept the acting gongs 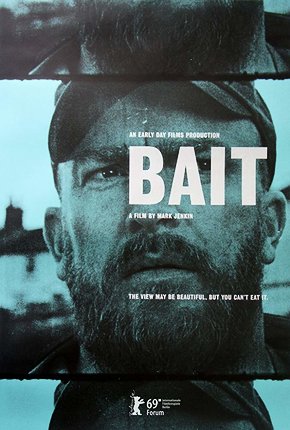 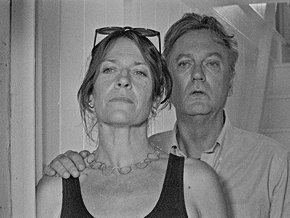 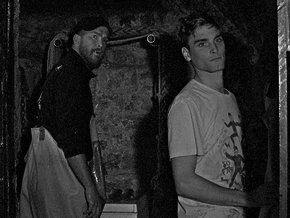