02/07/2019 - In her first full-length film, screened in a world premiere in Munich, German director Sophie Kluge turns this enviable age on its head

Having cut her teeth in various roles on filmsets and with several short films to her name - the first four of which she produced herself - Munich’s Sophie Kluge has presented the world premiere of her first feature film, Golden Twenties [+see also:
trailer
film profile], which was screened in the New German Cinema section of the 37th Munich Film Festival (27 June – 6 July).

If the film’s title gives the impression that we’re in for an exalted depiction of a dazzling age, awash with energy and, often, rebellion; a time when early youth and adulthood intertwine and the world is ours for the taking, then it’s a sadly ironic designation. Because in this instance, it’s the vagaries of our twenties that are placed centre stage by the director (and screenwriter): the uncertainty we feel over the future, our confusion over our identity and over the place we occupy in the world, the difficulties we face in making our voices heard…

At the beginning of the film, Ava (Henriette Confurius), the main character whose side we never leave, comes home to live with her mother following graduation, while she tries to decide what to do next, i.e. to try to find a job. But she soon realises her mother has already got to work on a new life without her: Ava’s bedroom is now a dumping ground/gym and her mum’s boyfriend is always there... The fact that she’s no longer welcome within these four walls finds quite literal expression in one scene where she’s standing outside the front door but is unable to go in. This intruder feeling experienced by Ava even extends to the theatre where she’s hired as an intern and where she’s mentored, but also repeatedly put in her place (even though it’s not at all clear where her place actually is), by her supervisor.

It may be that the latter doesn’t appreciate the flirty relationship that’s beginning to develop between Ava and her actor-friend Jonas (Max Krause) amidst rehearsals for a production where no-one feels truly at ease as a result of the nigh-on undecipherable intentions of the tyrannical stage director (an element of the story which perhaps reflects the role of the artist, which is equally unclear and uncomfortable) as regards the “neutral” acting approach he so desires. Ava also opts for neutrality, as much as we can say that it’s an actual choice, because it’s more as if she’s waiting for something; hers is an observational approach devoid of any real engagement: for the entire length of the film, this rather bland and plain-styled young woman, who’s lacking in any kind of incisive originality, remains rather quiet and docile.

We might come close to feeling disappointed, if not annoyed by the passiveness of this character and her general lack of verve, were it not for that of Lulu (Hanna Hilsdorf), who acts as a counterpoint to Ava: this sixth-form friend of Ava’s, who never left their childhood town, very quickly settling down into a long-term relationship, is bursting with enthusiasm, but she’s also labouring under many illusions and fails to pick up on the problems which will inevitably come back to bite her at a later date. In light of Lulu’s attitude, Ava’s develops her own, which is showcased in a scene where, in an act of mini rebellion, she puts an end to an argument between her parents on whether or not she should be interested in Trotskyism: there’s no huge revolt here, nor any clear stand taken. However, Ava does make the point that whatever direction she ultimately takes, she’ll be the one to decide upon it. In short, she decides not to makes any decisions, at least not for the time being. And yet, we feel that at some point or other in the near future, this person who subtly pulls herself together as the film unfolds will finally be capable of committing.

The German show, directed by Claudia Garde, deals with a not-so-well-known part of German history during the post-World War II years

In her first full-length film, screened in a world premiere in Munich, German director Sophie Kluge turns this enviable age on its head 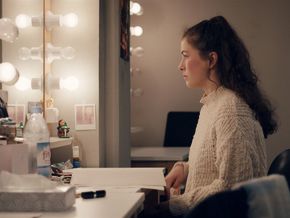 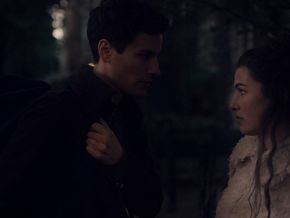 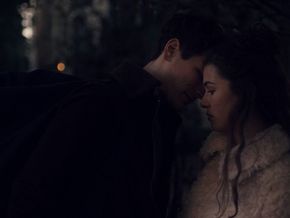 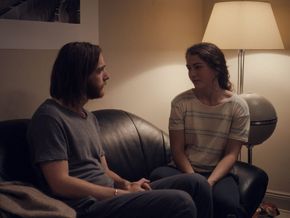 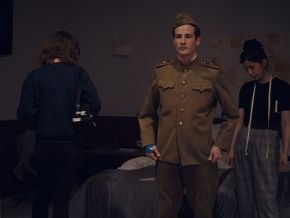 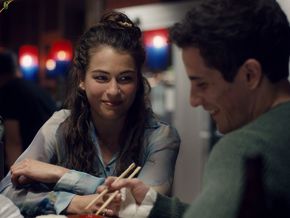 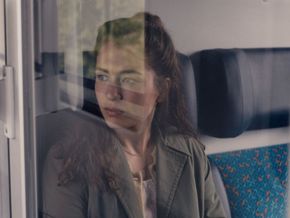 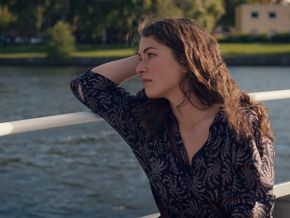