The town of Apatity in the far north-west of Russia, more specifically in the Murmansk region, used to be a Gulag labour camp. Like many other similar places, as the narrative titles in the opening scene of Immortal [+see also:
trailer
interview: Ksenia Okhapkina
film profile] inform us, people carried on living there after the old system was dismantled. In her feature-length debut, screening in the Documentary Competition of the Karlovy Vary International Film Festival, Russian filmmaker Ksenia Okhapkina takes a visually impressive and ultimately cinematic approach to the themes of indoctrination, ideology, an oppressive system and an imperceptible lack of freedom.

The film has a strong sci-fi, dystopian vibe with its snow-clad, otherworldly mountain setting, and predominant grey and silver hues of mine trains and communist-era buildings. This is strengthened by the fully observational approach and fluid editing of frequent long shots, whether with a slowly panning and tracking or fixed camera.

This distance that Okhapkina establishes also means that there are no actual characters. Instead, we are watching a system at work. While the adults – who are mostly employed in the local mine, digging for an ore called apatite – waste their free time loitering and drinking, the children are subjected to indoctrination and forced to learn discipline by being involved in the ballet school or the "Youngarmy". Not that this "forcing" is actually felt in the film; rather, the viewer senses it rationally by watching the girls train or the boys learn how to handle guns – and both groups primarily have to listen to orders.

The system in place is a treacherous one – there is an idea of immortality in the group mentality that was constructed in the USSR, and which we recently had a chance to witness in the marvellous HBO show Chernobyl. Modern-day Russia has perpetuated this ideology that, by being a contributing member of a powerful nation and state, one reaches a higher, eternal place in a kind of imaginary hierarchy of humanity. By feeding young children – the boys and girls in the film are 12 years old, at most – with this kind of indoctrination, while simultaneously promoting positive values such as health, sport and physical capabilities, the state is creating a loyal population for generations to come.

The very clearly, almost purely, structured film builds towards a celebration of Heroes of the Fatherland Day, during which the kids will perform in the style of the military parades that were so typical of the Soviet Union, and are still very much loved today in Russia. This movie does not attempt to explain the origin of the system, nor does it try to look at the potential differences between the conscious and unconscious use of propaganda, or its results: it just presents one of the core state-imposed elements of Russian society.

There is, in any case, no room for such theorising and philosophy in a film that is predominantly visual in its expression. There could easily be another picture that would explore the nuances of the themes that Immortal simply presents in a convincing manner. But for better or worse, it succeeds in what it was aiming to do, and in a very accomplished way.

Immortal is a co-production by Estonia's OU Vesilind and Latvia's VFS Films. There is no international sales agent attached yet.

"We adapt to our environment because we need to survive, it’s our instinct"

We have interviewed Russian filmmaker Ksenia Okhapkina, who has just won the Grand Prix in the Documentary Competition at Karlovy Vary with her Estonian-Latvian co-production Immortal

“It is not enough to have a history; it is more important to be relevant”

We chatted to Dumitru Budrala, founding director of the Astra Film Festival, about the relationship between experience and relevance, and about the challenges of organising the event 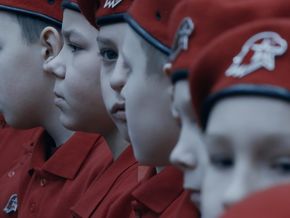 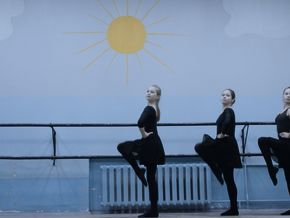