04/07/2019 - Elisa Mishto’s first full-length fiction film puts forth an impenetrable universe and character, whom we’re suddenly able to relate to thanks to a skilful sleight of hand

After her two documentaries - one produced for the big screen, following three psychiatric patients and a nurse (States of Mind, 2007), and the award-winning short work Emma and the Fury (2017), the 37th Filmfest München, and more specifically the New German Cinema and the Cinecopro competition sections of the festival, saw Elisa Mishto unveil her first fiction feature, whose title Stay Still [+see also:
trailer
film profile] sums up the organising principle of lead character Julie’s (Natalia Belitski) life. The word “organising” might seem surprising when used in relation to a young woman who has no job, no loved ones and no real responsibilities (her inheritance is managed by others on her behalf); in other words, none of the things which are generally designed to give structure to our existence. There is, however, one overriding and crystal-clear guiding line in her life, which is both a means and an end for our Julie, and that is to “stay still”.

This aim lends the film its aesthetic, as well as its formula, because when we first meet the protagonist, she’s lying down and dressed in white, sporting bright yellow rubber gloves. But when we learn from the psychiatric institution which she has been admitted into of her own accord that she hasn’t removed these gloves for ten years and that her childhood was marked by trauma, we put her behaviour down to some kind of condition. This medical explanation is useful in that it helps us to accept the total lack of emotion Julie invariably displays, even when faced with the blazes she instigates in moments of pyromania (although these also seem unpredictable at first, we ultimately decipher a reassuring pattern). In the case of this unfathomable character, insanity serves to justify a logic which is too black and white and too clear-cut to be human, and too inhumane to be viable... that is, if you want to be a part of this world and this community, which our cold-blooded heroine most certainly does not.

The immutability of Julie’s existence is disrupted when she’s assigned a charge nurse called Agnes (Luisa Céline Gaffron) whose daily routine - which we begin to follow in parallel with Julie’s - seems the polar opposite of her own, though no less dysfunctional: as a mother, a wife and a member of the medical profession, Agnes is at breaking point, not helped by the feelings of inadequacy which torment her, leaving her wanting to walk away from it all. The meeting of these two women and, strangely, the connection they feel, will send them both hurtling in an even more radical direction, lending a whole other meaning to what we’ve seen up until now, and tipping the film over into an entirely different genre.

Just when we thought we were party to an anatomy of madness and an aesthetic devoid of any empathy whatsoever, despite the trauma which Julie has herself suffered and which legitimises her cold nature, we suddenly find ourselves faced with an ethics of rebellion and an absolution rejection of the demands which can so often by thrust upon us, as is the case for Agnes. This leads us to see the enigmatic character of Julie in a whole other light: not as a defective cog in the wheels of the system, but as an autonomous, fully functioning component obstinately determining to dismantle the mechanisms in operation in society, to go against the codes, to defy the banks, to swim in empty pools…

With Stay Still, Mishto - who studied semiotics in Bologne, followed by film directing and screenwriting in London - delivers a work which is just as deceptive as its main character, Julie (who actually turns out not to be as crazy as we thought when we first clapped eyes on her rubber gloves); a film which changes its line of thought and its very nature mid-journey, and which surprises the viewer, in that we ultimately find ourselves on the side of a heroine who at first seemed so out of reach.

Also starring Giuseppe Battiston, Martin Wuttke and Katharina Schüttler, Stay Still was produced by CALA Filmproduktion, in co-production with PMI srl – PartnerMediaInvestment (Italy), Cine Plus and Farbfilm Produktion. International sales are in the hands of Intramovies. The film will be distributed in Germany by Farbfilm Verleih.

Elisa Mishto’s first full-length fiction film puts forth an impenetrable universe and character, whom we’re suddenly able to relate to thanks to a skilful sleight of hand

Three of the seven projects selected are of Italian initiative, one is parity and three are of German initiative, including the project by the director of Labyrinth of Lies 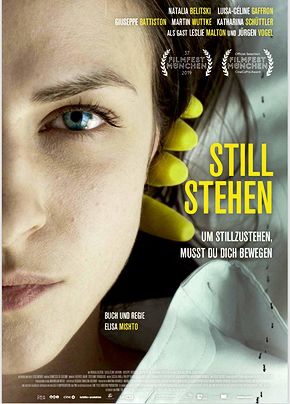 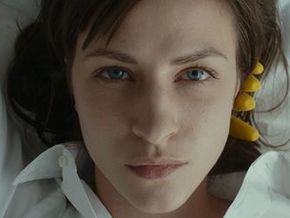 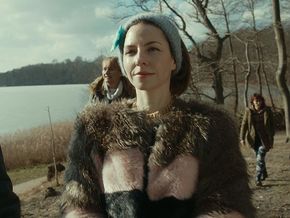 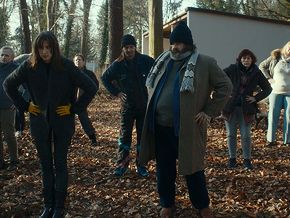 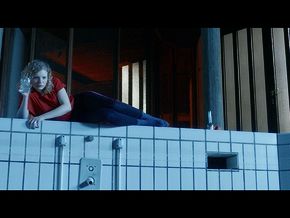