05/07/2019 - This animated film directed by Ángel Alonso employs fantasy, humour, a great sense of adventure and the spectacular to recreate a unique, gutsy and unrepeatable moment in history

It was a wonderful surprise to discover that, three years ago, a handful of Basque directors set about creating an animated film on the extraordinary epic adventure embarked upon by the equally Basque Juan Sebastián Elcano (proving that all things do come full circle, including the planet), and that this cinematic venture reaped the best possible results: it succeeded in attracting the attention of the public and introduced the very youngest of audiences to a historical event which, even if certain artistic licences have been taken in the film’s storytelling process, deserves to be remembered and celebrated on its 500th anniversary, especially as these escapades opened up new sea routes and put an end to ancestral fears. The movie in question, Elcano & Magellan [+see also:
trailer
film profile], steered by Ángel Alonso (Mystikal), is soon arriving in Spanish cinemas to regale family audiences, following its stint in the most recent edition of the Málaga Film Festival, where it was presented in a special screening outside of the competition.

The films doesn’t look to downplay the more violent, painful and bloody aspects of the enterprise documented here. Instead, it preserves the true sense of adventure behind the event, transforming its protagonists into animated versions of Burt Lancaster, Tyrone Power and all those other stars who have at one point stepped into the shoes of the buccaneers, sea dogs and pirates of those unforgettable films and classics which enchanted – through both the big screen and the small – various generations of youngsters in the 20th century. Those same rhythms, exoticisms and acrobatics are taken up once again here in a festive, joyful and bright-shining spirit, which not only entertains and excites, but which also drives the viewer to learn more about the heroes portrayed.

Following in the footsteps of Disney-Pixar and their tendency to put entertainment first, the film offers moments of great visual splendour, with elaborate scenery and attention to detail, as demonstrated by the film’s reconstruction of Sicily in 1519, of the Brazilian jungle and of the Patagonian reefs, in some cases achieving a nigh-on three-dimensional effect. The characters, even if basic (there’s the traitor, the sworn enemy and the smart, brave and beautiful girl), aren’t short on values, and they also undergo transformations of their own: here, we see a protagonist who, while travelling around the world, is able to completely change the way in which he sees it.

Peppered with European (Portuguese, Italian) and Spanish (Andalusian, Castilian) accents, Elcano & Magellan also explores the great commercial rivalry which existed between Portugal and the Castile region at the time, thanks to José Antonio Vitoria and Garbiñe Losada’s screenplay. The music, meanwhile – composed by Joseba Beristain and recorded with the Basque National Orchestra and San Sebastian’s concert choir, Orfeón Donostiarra – adds to the frequent action scenes, although a more subdued presence of strings and arias would have been appreciated in some of the more dialogue-driven moments. Either way, the film inspires awe, it entertains and it takes the viewer on a rip-roaring visual journey.

Elcano & Magellan is a Dibulitoon Studio and Elkano Dibulitoon A.I.E. production, supported and financed by the Basque Government, ICAA, ETB, TVE, the Ibermedia programme and the Gipuzkoa Provincial Council. Filmax are in charge of international sales (it had already been sold in 15 territories at the time of writing this article, including China, France, Portugal, Greece, Romania, Hungary and Poland) and will be released in Spain via Filmax and Barton Films.

Rodrigo Santoro and Álvaro Morte will star as Magallanes and Elcano in an upcoming Amazon series on a historic feat that united Spain and Portugal in triumph: the first circumnavigation of the globe

This animated film directed by Ángel Alonso employs fantasy, humour, a great sense of adventure and the spectacular to recreate a unique, gutsy and unrepeatable moment in history 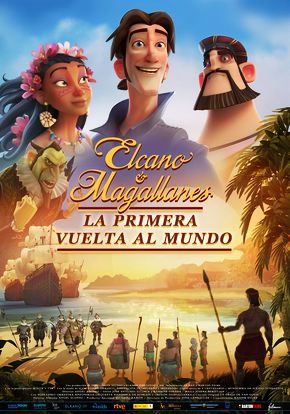 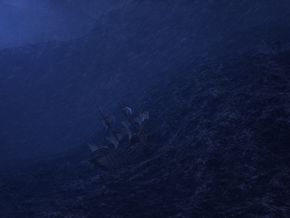 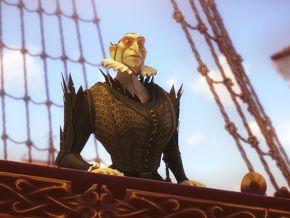 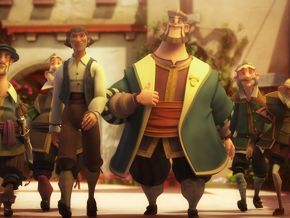 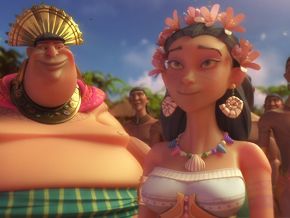 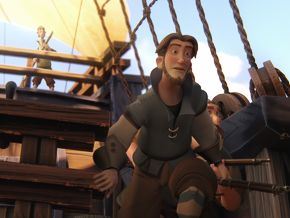