This year's Galway Film Fleadh hosted the world premiere of the Irish-Dutch-Swedish documentary Jihad Jane [+see also:
trailer
film profile], which screened in the Irish documentary competition. This is a film about post-9/11 America and the radicalisation of two American women – namely, blonde-haired, blue-eyed Pennsylvanian Colleen LaRose (whose arrest dominated the evening news bulletins at the time), who called herself Jihad Jane, and Jamie Paulin Ramirez, a Colorado native based in Waterford, Ireland, and dubbed Jihad Jamie by the US mediascape.

Following a non-linear form of narration (chiefly set between 2007 and 2011, and then in the present day), the viewer is slowly introduced into the underbelly of the internet, where the two characters began their process of radicalisation, spending several hours each day on pro-terrorism forums and watching violent, controversial YouTube videos. Other than the two women, laptops and desktop computers serve as the protagonists of this film; a number of powerful tracking shots take us up close to the screens and give us a glimpse of the online conversations between the two and other members of their so-called “brotherhood”. The film is enriched by the presence of several testimonies, such as Colleen's defence attorney, a former FBI expert who followed their case, Jamie's mother Christina Mott, her young son, Colleen's sister Pam, and Swedish activist and conceptual artist Lars Vilks, who was targeted by the two women along with Mohammad Hassas Khalid, brought up repeatedly as the “youngest person ever to be prosecuted for terrorism offences in the USA” and among the interviewees himself. In particular, Pam and Vilks – more or less deliberately – show themselves to be very sarcastic in front of the camera and are thus able to relieve the film's tension somewhat: this was a shrewd choice, as it makes the treatment of the topic more light-hearted and easier for the viewer to stand. In this respect, the description of the two clumsy arsonists attempting to kill Vilks and his declaration released to the media after Colleen’s arrest ("I'm glad she didn't kill me") are particularly memorable.

All in all, Jihad Jane is an excellent documentary. The topic is treated in an engaging way, and the ambiguities and contradictions of the two lead characters emerge before our eyes: on the one hand, they seem not to fully regret what they have done, but on the other, they candidly admit their troubled past and try to accept it in order to move forward. It is a minor miracle, as former terrorists are certainly not the easiest of subjects to interview. Moreover, the movie prompts a wider reflection on the role of the NSA’s surveillance, mass-media hysteria, social classes at the margins of our society and the responsibility of the state to prevent online radicalisation.

Jihad Jane was produced by Morgan Bushe and Aoife McGonigal for Dublin-based Fastnet Films, Anna Byvald for Silver Films and Sander Verdonk for New Amsterdam Film Company. The documentary was also backed by Screen Ireland, the Broadcasting Authority of Ireland, the Netherlands Film Fund and the Swedish Film Institute, as well as by public broadcasters SVT and RTÉ. 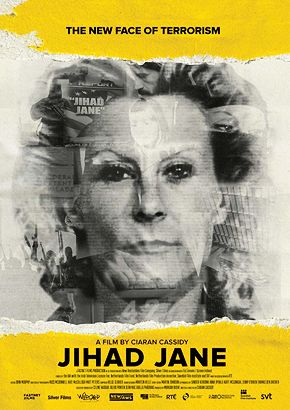 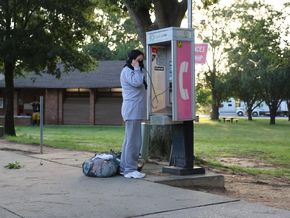