Brian Cox and Bruce Dern in Remember Me

Having now settled in Los Angeles after a much-lauded career as a director of short films in Spain, Martín Rosete is one of those young filmmakers striving to produce projects on both sides of the Atlantic. He attempted to do so with his feature debut, Money, a thriller starring US actors, and he has now had another shot at it with his sophomore effort, Remember Me [+see also:
trailer
interview: Martín Rosete
film profile]. The movie was filmed in Europe and the States, and boasts an international cast toplined by Bruce Dern, an actor who has yet to receive a well-deserved Oscar, and who gave unforgettable performances in memorable titles such as Hal Ashby’s Coming Home, maestro Alfred Hitchcock’s Family Plot, Alexander Payne’s Nebraska and three features by Quentin Tarantino (The Hateful Eight, Django Unchained and Once Upon a Time… in Hollywood), among countless others.

Dern (now 83 years old) is the life and soul of Remember Me: he really carries the film and is the biggest source of empathy in it – and this is something that Rosete had known ever since the Chicago-born star said yes to starring in a comedy-drama that would rest entirely on his highly experienced shoulders. In it, the indefatigable Bruce plays a seasoned theatre critic who is angry at the world (and with good reason, as he is advised to lower the quality of his news articles) and who sneaks into a nursing home in order to try to win back an old flame from his distant youth, now afflicted with Alzheimer’s and confined within its walls.

The best thing about this offering, which occasionally verges dangerously on schmaltz, are the scenes that the great Dern stars in alongside another excellent thesp, British actor Brian Cox (Mindscape [+see also:
film review
trailer
interview: Jorge Dorado
film profile]): together, they make for a strange couple who worship, criticise, put up with and simply need one another. In these sequences, in order to emphasise the sarcasm, the director leaves the camera perfectly still, expectant and receptive, placing his trust in the sheer self-confidence of these two actors who fully enjoy indulging in their unfaltering camaraderie.

And so Remember Me is really a film that plays it safe, a film of characters and emotions, the driving forces of which are the thrill of one’s first love and the rediscovery of one’s memories: the child within us clearly still continues to put up a fight, even in old age. This is proven by Claude, the main character played by Dern and dreamed up by screenwriter Rafa Russo (La decisión de Julia [+see also:
film review
trailer
film profile]). He’s an idealist, the likes of which are few and far between today, and he manages to keep alive the same passion he’s always had for doing things well and for true love. Unfortunately, and even within his own family, he will run up against the personal and political corruption that seems to plague the present day.

Remember Me is a majority Spanish production staged by Tornado Films AIE, LaZona and Kamel Films, with US firm Create Entertainment and French outfit F Comme Film acting as co-producers. It secured the involvement of TVE, and was funded by the Spanish Government - ICAA and the Navarre Regional Government. Filmax is in charge of distributing the movie, which goes on general release in Spain on 2 August. French sales agent Bac Films is in charge of its international distribution.

more about: Remember Me

“This is a profession that’s born of passion”

Los Angeles-based Spaniard Martín Rosete put his faith in Bruce Dern as the star of Remember Me, in which he appeals to primitive emotions and the power of memory

A raft of new international projects for French sales agents 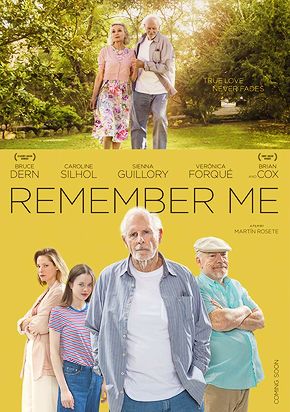 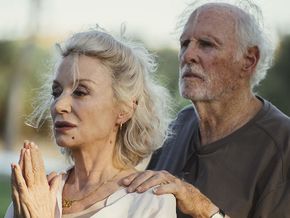 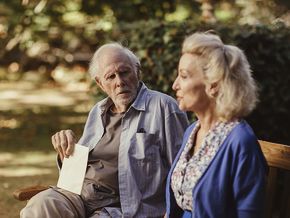 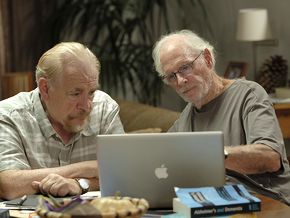