If, when you’re sitting comfortably in your aeroplane armchair, you suddenly hear the pilot announce a “code 7500” situation, you’re entitled to panic: it means that your plane has been hijacked. For the full 92 minutes of German director Patrick Vollrath’s film 7500 [+see also:
trailer
interview: Patrick Vollrath
film profile], the enormous screen in the Locarno Film Festival’s Piazza Grande opened an oversized window onto the minuscule cockpit of an Airbus A319; and just like the characters, the camera never once steps outside of this cramped space.

Scrupulously respecting unity of time, place and action, the film begins as the cockpit staff carry out the standard procedures they follow ahead of taking off on board this Berlin-Paris flight: the captain, played by Carlo Kitzlinger (a Lufthansa pilot for 20 years) and the co-pilot Joseph Gordon-Levitt (Oliver Stone’s Edward Snowden in Snowden [+see also:
trailer
interview: Oliver Stone
film profile]) carry out their rituals meticulously, immediately immersing the audience in the spirit of realism injected into the film by the director.

As Vollrath explained in the press conference, making this feature film was a technical challenge for the crew and for the actors: rehearsals took place in a real cockpit, reproduced in great detail for the film, and its limited size meant that the various members of the technical team had to take it in turns to fit inside the space.

In 7500, these methodical, routine procedures carried out ahead of take-off become the spark which lights the fire of this genuinely adrenaline-filled, high altitude odyssey. Assailed by terrorists, the cockpit is transformed into a battleground where people fight for their lives, powerless to react to the scenes which are unfolding on the other side of the door, which they can see on the screen of a surveillance camera.

This claustrophobic setting turns out to be highly effective, helping the director to achieve the aim he’d initially set himself: that is, to paint a picture of human behaviour and reactions in the face of extreme situations, where rationality and emotions intertwine and wrestle for the upper hand, with unpredictable results.

Vollrath’s exercise in style can’t help but bring to mind Steven Knight’s hugely successful film Locke [+see also:
film review
trailer
film profile] (2014), due to the small spaces in which the action unfolds - the inside of a car in the case of the latter. But the narrative registers of these two films are so different that the only thing they really have in common, aside from cramped working conditions, is the excellent final result.

Born in Germany in 1984, Patrick Vollrath studied filmmaking at Vienna’s Film Academy. His teacher and mentor was the two-time Palme D’Or winner Michael Haneke. Vollrath’s short film Everything Will Be OK (2015) was presented in Cannes’ Critics’ Week and he was nominated for an Oscar in 2016.

7500 is produced by Jonas Katzenstein and Maximilian Leo (augenschein Filmproduktion), and co-produced by Alexander Glehr and Franz Novotny (Novotny & Novotny Filmproduktion). International distribution is in the hands of FilmNation and Endeavor Content.

“My concern is to discover emotional truths”

German Films met up with Patrick Vollrath, who directed the plane hijacking film 7500, to discuss his work experience

The Woodcutter Story wins the Next Step Award at Cannes

CANNES 2019: The project by Finland’s Mikko Myllylahti has taken home the first-ever Next Step Award handed out by the Critics’ Week

Act 4 for Next Step and Cannes Critics' Week

Patrick Vollrath, trained by Haneke and awarded in Hollywood, is venturing into feature-length territory with a high-octane film about a hijacking, starring Paul Dano and produced by augenschein

The German Federal Film Board grants production support of €1.69 million

The films supported by the FFA include the upcoming titles by Sebastian Schipper, Florian Gallenberger, Patrick Vollrath and Ute von Münchow-Pohl

36 projects to be boosted at the Berlinale Co-Production Market 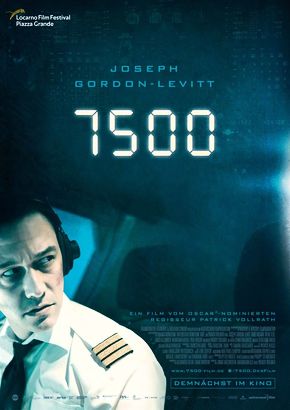 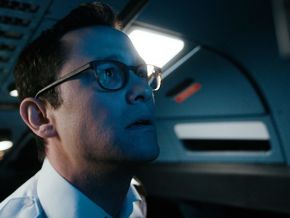 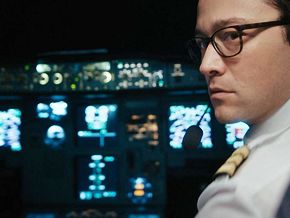