LOCARNO 2019 Out of Competition

In their first fiction feature, Parents [+see also:
trailer
film profile] (presented out of competition at the Locarno Film Festival), Eric Bergkraut and Ruth Schweikert have chosen to tackle in very direct fashion a family unit which isn’t so much a haven of peace as a no-holds-barred boxing ring.

Parents is a grotesque comedy which sees a family wrestling with existential changes spinning beyond their control. A couple from Zurich believe they’ve done everything possible to prepare their children for adult life. Reality, however, would beg to differ. These former model children have morphed into wild, anarchic twenty-somethings who will do anything they can to evade their responsibilities. The rope (or perhaps more appropriately, the umbilical cord) which joins the children to their parents finds itself severed and the desperate “heads of family” decide to abandon the family nest. Will anyone come out of this ruthless struggle unscathed?

Parents is one of three works which won the Zurich Film Fund’s Fast Track award (2018), aimed at supporting films shot in “quick and dirty” fashion. Bergkraut and Schweikert’s film was shot in fifteen days on a minimal budget, spending only three months in post-production. The idea to focus on a family unit on the verge of a nervous breakdown (to quote the title of the famous film by Pedro Almodovar, the undisputed master of offbeat tragicomedies) was conceived of by the directing duo, who are also a couple in real life.

All the members of the Bergkraut family were involved in this project (though mother of the family, Ruth Schweikert, decided to stay behind the camera) in a sort of group therapy session inspired by real life. As emphasised by the directors themselves, the film isn’t strictly documentarian and it doesn’t go into the private lives of the filmmakers’ family in any direct way. The cast of Parents play fictitious characters, even if, in reality, they’re linked by genuine family ties.

“The audience shouldn’t feel as if they’re watching a film based upon a screenplay. It should seem as if the camera has followed an entire family for a few weeks”, Eric Bergkraut tells us. Indeed, it’s the hybrid nature of Parents that makes for its intrigue; its improbable mixing of fiction and reality. The feelings which inevitably unite the film’s protagonists are strong, but the roles they play are manufactured, orchestrated. Bergkraut and Schweikert wittily combine these two parallel worlds, melding them together to create an unexpected and, at times, hilarious film.

Despite a score which proves irritating at certain points, Parents never slips into any kind of kitsch and bombastic melodrama. What it does do, however, is to offer us a rough glimpse of life, a suspended moment in which to observe the often-mysterious dynamics which bind family members together.

Rather than opting for the traditional shot reverse shot, the duo have decided to film their protagonists using far freer long shots. This particular technical approach (brilliantly foregrounded by Bigna Tomschin’s editing) allows the film to breathe and saves it from slipping into any form of Mannerist exaggeration. Parents is a personal though never egocentric film, an honest and shamelessly realistic portrait of what it means to be a family (for better or for worse). 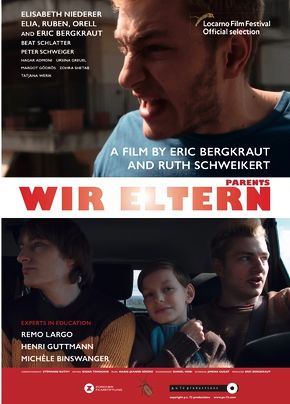 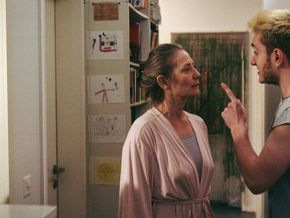 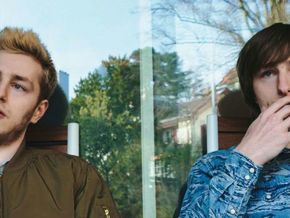 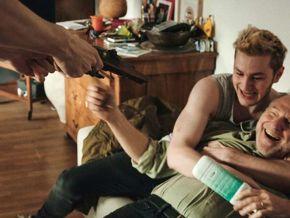 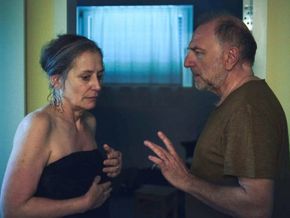 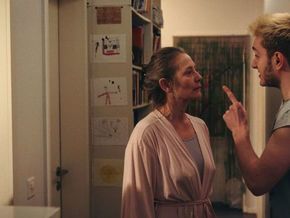 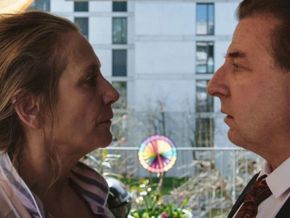 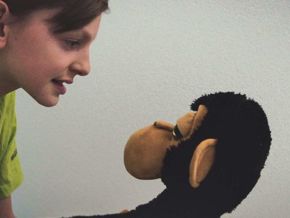