16/08/2019 - Fabrice du Welz concludes his Ardennes-based trilogy with the tale of two innocent and pure-hearted youngsters, Paul and Gloria, as they make a break for freedom

The sixth feature by Belgian director Fabrice du Welz, Adoration [+see also:
trailer
interview: Fabrice du Welz
film profile], has screened in a world premiere to the passionate Piazza Grande audience of the Locarno Film Festival. The film follows in the footsteps of Paul, a boy who lives with his mother on the edge of a mysterious forest, in a small house by the entrance of a rather strange hospital. One day, he’s snapped out of his lethargy by a young girl who appears unexpectedly before him, as if an epiphany. Yet the ray of light that is Gloria will gradually reveal a far darker side of her life.

Determined to escape from the institution which leaves her feeling like a prisoner, she enlists Paul’s help in her breakout. Paul and Gloria complete one another: he’s hesitant, she’s headstrong. They still have one foot in the door of childhood but they’re on the cusp of leaving that world behind them. Following their lucky escape, they eventually find themselves on the run from the authorities…Because Gloria is sick. And whilst what they’re experiencing might feel like love at first sight, thunderclouds are gathering…

Adoration begins with the sound of the wind rustling through the trees. This is a resolutely sensual film. Du Welz’s approach is visceral, echoing the absolute nature of the love which overpowers young Paul, who wasn’t necessarily prepared for this deluge of feelings, but who’s ready and willing to take on the challenge.

The organic camera (the movie is shot on film reels) intrudes upon bodies, getting as close as is physically possible, magnifying nature. And in du Welz’s work, nature is captivating and magnificent; it’s a superb theatre for the magical realism which invigorates the film, shot after shot, from the wounded bird to the magical forest, from the water which they have to get across, to the various tunnels in the tale. The story morphs into a modern fairy story, with the cruelty of traditional fairy tales hidden at its core.

As the illness slowly reclaims its rights over the young girl, an unleashing of the imaginary ensues. We’re plunged into a dreamlike world of a markedly nightmarish tone. The children lose their footing and ultimately their grip on reality. Once again, madness offers itself up to Fabrice du Welz as a cinematic landscape to be explored, this time through the prism of the purest kind of love: that of an innocent who hasn’t altogether left childhood behind him. But we’re far from any kind of watered-down vision of childhood; here, it’s pure and wild, powerful and uncompromising.

Paul and Gloria’s journey takes us to the very heart of what it is to be madly in love. And whilst Adoration might mark the end of one particular chapter in the director’s filmography – that of the Ardennes-based trilogy (whose earlier volumes consisted of The Ordeal [+see also:
trailer
film profile] and Alleluia [+see also:
film review
trailer
making of
interview: Fabrice Du Welz
film profile]) – it also opens up another, perhaps more intimate path in the filmmaker’s career.

Adoration is produced by Panique! in Belgium and by The Jokers in France, and is co-produced by Savage Film (also in Belgium). The film is sold by Memento Films and will be distributed in France by The Jokers (scheduled for release on 22 January) and in Belgium by Imagine Film Distribution.

"I’m an intuitive filmmaker. I work like a primitive, in the moment”

Cineuropa met up with Fabrice du Welz, on the occasion of the world premiere of his new film, Adoration, on the Piazza Grande in Locarno

Emmanuel Mouret’s feature film walks away with the title of Best French Film of 2020, while Aurel’s Josep is named Best First Film

Wallimage throws its weight behind 8 projects for its 101st edition

The Walloon Regional Investment Fund will support a variety of new works to the overall tune of €1.3 million 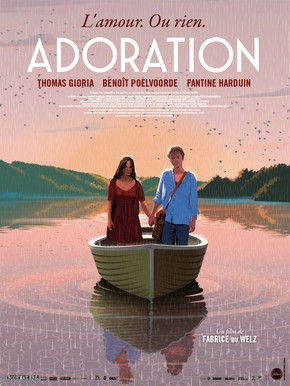 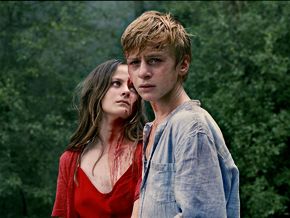 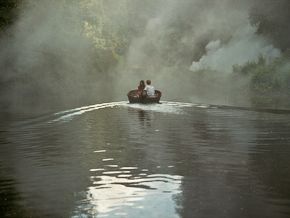 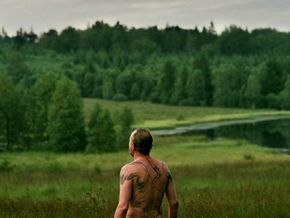 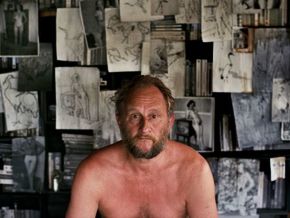