19/08/2019 - Pedro Costa returns to Locarno with his latest film, a sombre and uncompromising ode to a world that seems to fascinate him to the point of obsession

Five years after pocketing the Leopard for Best Director (Horse Money [+see also:
film review
trailer
film profile]), Pedro Costa has just won with Vitalina Varela [+see also:
trailer
film profile] the supreme recognition of the Locarno Film Festival: the Golden Leopard. Vitalina Varela seems to take up a conversation that was left on hold in the shadows of the poor Lisbon suburbs which the director loves unconditionally.

Undeniably challenging, the experience of watching Vitalina Varela is both irritating and gratifying. Overwhelmed by an indefinable feeling, somewhere between rejection and admiration, we leave the screening of this latest effort from now legendary Portuguese director Pedro Costa with the sensation of having witnessed a kind of dark mass of epic tonalities, despite the misery swallowing everything.

Pedro Costa appears to freeze-frame on a character: Vitalina Varela, already introduced in his previous effort Horse Money but without fully exploring all her nuances. “This is her film”, says the direction when introducing the lead actress during the film’s premiere. “She wrote it and played it. It belongs to her.” A claim that adds up with a practice that has accompanied Pedro Costa for many years: that of giving a voice to the many who, the most miserable and invisible in a Lisbon far from its postcard ideal, are reduced to silence. Shadows amongst the shadows, the characters of Pedro Costa carry on their shoulders a sadness that the director insists on sharing with them in a kind of cathartic ritual powered by a somewhat desperate force. This, without ever letting go of an aesthetic rigour that makes his cinema unique: a gloomy atmosphere, a rarefied and mysterious narration, difficult topics — with Vitalina Varela, Pedro Costa confirms his status as a mythical director.

Vitalina Varela, the Cape Verdean lead of the film, arrives to Lisbon too late to embrace the recently deceased husband she’d only seen a couple of times after he’d left for Portugal in search of a better life. All she has left is to try and rebuild the everyday life of a man she doesn’t know anymore, the memory of their future projects, which seem irrevocably stained with the blood on the pillow of the deceased. The life that should have been, that of a family finally reunited in Lisbon under a solid roof, remains in an embryonic state, like a dream interrupted by a brutal awakening.

Imprisoned in the intransigent chiaroscuro (wonderful work by Leonardo Simões) of a labyrinthine and sad Lisbon, Vitalina wanders in a land that comes closer to the nightmare than to the dream. From the very first images — showing the protagonist step out of the plane barefoot, greeted by a disturbing group of cleaners — the surreal tone of the film is given, the substance hidden behind this filter: that of a Lisbon hidden and miserable but which loses none of its power.

The suggestive reality told by Vitalina, clouded with the pain of losing not only her husband, but also a better future, is radical in its desperate sadness, displayed in images almost exclusively shot at night in a chiaroscuro that is Caravaggio-esque to say the least.

Vitalina Varela carries with it an abysmal desperation which, it cannot be denied, could discourage many viewers (the dialogues to hold on to are very few). Like a revenge against her oppressors, Vitalina tells her story without paying attention to the expectations of those who listen (or rather, those who watch), finally imposing her law. This is her story, this is her film, this is her personal revenge, and Pedro Costa is her mouthpiece.

BERLINALE 2020: Camilo Restrepo makes his debut with a fantastical tale on the instrumentalisation of religion and the triumph of violence in Colombia, based upon the recollections of a sect survivor 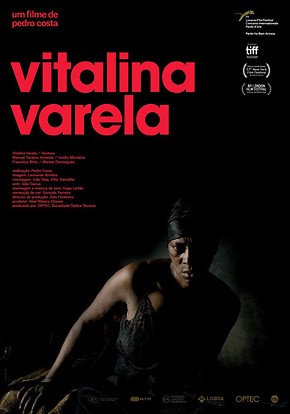 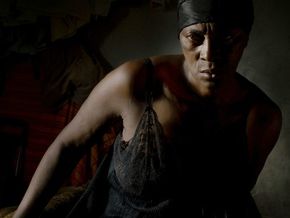 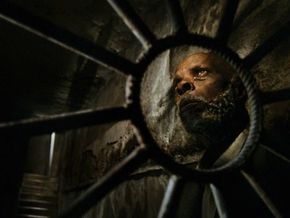