LOCARNO 2019 Filmmakers of the Present

Luka Gramic and Ivana Mladenovic in Ivana the Terrible

Inspired by a personal crisis from when the director was finishing her first feature, Ivana the Terrible introduces Ivana (Mladenović), a Serbian actress based in Bucharest, as she arrives by train in her native town, Kladovo, on the Serbian bank of the Danube. It soon becomes apparent that the young woman is not well, and even though the tests show nothing and the doctors insist she is actually fine, Ivana’s way of dealing with the crisis wreaks havoc on her family. An affair with a much younger man (Luka Gramic) and an unexpected offer to be the face of a local festival intended to celebrate the Serbian-Romanian friendship push Ivana even further into very troubled waters…

Ivana the Terrible is one of those films that challenge reviewers to make a choice: review only the film itself or also consider the process behind it. If one chooses the former option, Ivana the Terrible is unfortunately not much more than the antics of a rambling actress, suffering from stress-related ailments and various insecurities. Things get more complex when one takes into consideration that the film is the re-enactment of real events and that the characters surrounding Ivana are played by real-life relatives and friends as semi-fictionalised versions of themselves. As this becomes more obvious, Ivana the Terrible turns into an exercise in both vulnerability and narcissism, with the audience being invited to take part in a psychotherapy session of gigantic proportions. But is it effective? Is the session engaging or relevant for the audience? Is this a higher truth? Our immediate answer would be that it isn’t.

For those expecting to be amused, a few zany characters provide enough absurd, sometimes even laugh-out-loud, moments, especially when Ivana is asked by Kladovo’s mayor to invite Romanian artists to perform at the festival, and we meet the protagonist’s former lover (Andrei Dinescu) and his feminist new girlfriend (Anca Pop), who will put on a show to remember. Besides Mladenović, the two aforementioned thesps are among the most watchable in Ivana the Terrible, as many of the amateur actors’ performances seem rather contrived or too hesitant.

The film works much better when it analyses how fame can become simultaneously an advantage and a burden. Nobody has heard of Ivana in the town of Kladovo, but as soon as people find out she is an actress in Romania, she becomes a local celebrity, based on a rather dubious logic: she is an actress, so she must be famous. And she is famous, so what she does must be relevant and important. It doesn’t matter that nobody there has ever seen her work; it’s like the job title becomes the person. And here, there is ample room for the director to play engagingly with the difference between reality and perception, or the complicated conflict between reality and expectations.

Ivana the Terrible was produced by Romania’s microFilm and co-produced by Serbia’s Dunav 84. The film is being handled by Canadian sales company Syndicado Film Sales.

more about: Ivana the Terrible

“If we look too far into the distance, we risk falling into the hole at our feet”

Features from Belgium, Bulgaria and Romania have also scooped awards at the 19th Transilvania IFF

We met with Biljana Tutorov, founder and head of programme of Women Doc Accelerator, after the vibrant sophomore year of the initiative 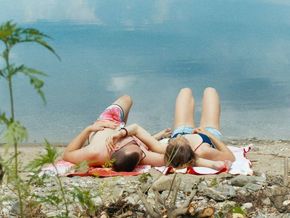 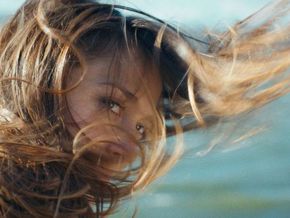 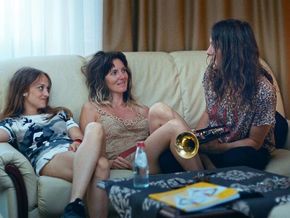 Prospects for gender equality in the European audiovisual sector to be examined during "50/50 by 2020 – Are We There & What Is Next?"