31/08/2019 - VENICE 2019: The opening-night film of the Orizzonti section, directed by Katrin Gebbe, unfortunately falls before the final hurdle

Pelican Blood [+see also:
trailer
interview: Katrin Gebbe
film profile] has plenty of elements that resemble the novels of Cormac McCarthy: horse whisperers, psychological drama and a world of trauma. Set in Germany, Katrin Gebbe's second film features another strong performance from Nina Hoss as Wiebke, a single mother in her forties adopting a second child. For a job, Wiebke trains horses to be ridden by police in riot situations. One of the horses, Top Gun, is particularly troublesome, but Wiebke believes she is maverick enough to train the buck. Director Gebbe attempts to take our breath away in the opening-night film of the Orizzonti section of the Venice Film Festival with this story about motherhood.

The warning signs that there will be blood are there when Wiebke goes to pick up five-year-old Raya (Katerina Lipovska) at a Bulgarian adoption centre. She looks at a painting of a pelican that adorns the wall. Wiebke is informed that the artwork depicts the Christian image of the mother pelican, who feeds her dead offspring with her own blood, bringing them back to life. An even more foreboding painting would have depicted a scene full of over-exposition containing an image of Linda Blair from The Exorcist. This film includes many moments of exposition aimed at convincing audiences of the credibility of this rather incredible story, such as the phrase, "Single women who work can adopt children in Germany."

Raya starts wreaking havoc, scaring her new older sister and her classmates. The topic of kids with psychological problems and whether they can be "saved" is becoming more prevalent in cinema. Earlier this year, the similarly themed German Foreign-language Oscar nominee System Crasher [+see also:
film review
trailer
interview: Nora Fingscheidt
film profile] bowed at the Berlin Film Festival. And there are also hints of Lynne Ramsay's adaptation of Lionel Shriver's We Need to Talk About Kevin [+see also:
film review
trailer
interview: Lynne Ramsay
film profile]. Where the film is very successful is in showing the lengths that Wiebke will go to before she admits defeat.

We see this while she is at work with her horses, and in how she handles Raya. As with her four-legged friend, she tries many techniques, love, care, physical interaction and occasionally an authoritarian voice. There is a patriarchal figure on the horizon in the guise of friendly police officer Benedikt (Murathan Muslu) who harbours romantic intentions, althoughthis side story is pretty superfluous.

There are some intense scenes between mother and daughter, but the demands of the role of Raya are exceedingly high for a child actor. Raya's neurological wiring doesn't allow for feelings of fear or empathy, as a male paediatrician whose specialism seems to be in exposition informs Wiebke.

While Hoss's performance never strays too far from excellent, the same is not true of the storyline. The tone hits a hurdle when Wiebke employs a faith healer and witch doctor to try to cure Raya. This move shifts the action towards American gothic-horror territory. The spiritual battle against the scientific feels like a late introduction to the story, which means that this movie horse fails to stay the cinematic course.

Pelican Blood was produced by Germany’s Junafilm UG in co-production with Bulgarian outfit Miramar Film. Its international sales are handled by Films Boutique.

VENICE 2019: We chatted to German writer-director Katrin Gebbe about her second feature, Pelican Blood, which opened the Orizzonti competition

Katrin Gebbe and Florian Cossen preparing The Empress for Netflix

“Aren’t we pretending to be someone else, at least sometimes?”

We chatted with the Bulgarian director, whose feature debut gets released domestically on Friday

Corruption is at the centre of this first feature by Bulgarian director Yavor Petkov, now available on Bulgarian TVoD platform gledam.bg

Bulgarian films shine at the country’s biggest gathering for domestic productions, which kicks off today 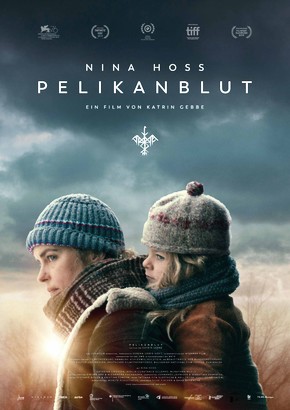 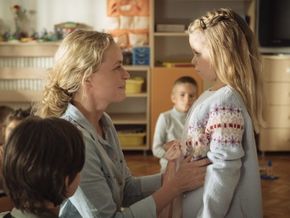