02/09/2019 - VENICE 2019: Alessandro Rossetto comes back to the Italian festival to talk about the little men that couldn’t

Back at the Venice Film Festival after his 2013 title Small Homeland [+see also:
film review
trailer
film profile] made it all the way to Orizzonti, Padova-born Alessandro Rossetto now takes over Sconfini with Effetto Domino [+see also:
trailer
interview: Alessandro Rossetto
film profile], a film that, despite being based on a novel by his fellow padovano Romolo Bugaro, actually makes for a pretty consistent double bill when placed alongside his previous feature.

This is mostly because he employs almost exactly the same people, including Small Homeland’s breakout Maria Roveran, but while his first effort tried to capture – among other things – Italy’s growing distrust of the Other, especially one with a different-sounding name or, God forbid, a different skin colour, now it’s seemingly all about the stagnating economy, with two smarty pants (Diego Ribon and Mirko Artuso) risking it all for (another) deal of a lifetime, only to quickly get the fuzzy end of the lollipop, as Marilyn Monroe’s Sugar Kane Kowalczyk once put it.

This repertory-theatre feel suits the story, itself as modest as they come and again delivered mostly in dialect that somehow seems to isolate these people even more – especially from the big kahunas, already patiently waiting to cash in on their mistakes. For all we know, it could have been called No Way Out, with one problem quickly causing another, and an idea to turn old hotels into one-of-a-kind luxury retirement homes starts to unravel before it really begins to take shape. But every time Rossetto leaves his doomed protagonists, especially the engaging, refreshingly unsympathetic Ribon, to focus on a different plot line, the story struggles to convince. The addition of some cartoonish international boys from the big leagues doesn’t help, stuck with lines like, “In Chinese, his name means building.” Is this to reflect on the story’s focus on real estate? Hopefully not.

Rossetto does seem to be occasionally distracted by what might have seemed better on paper – like a voiceover reminding us a bit too bluntly that it’s based on a book, or the sudden blare of Lily Allen, bound to leave some people very confused. Not to mention a tendency to spell out way too much through overly explanatory dialogues, taking away some of the rough honesty of its down-to-earth performances. Luckily, there is something really engaging in the reality of the rundown, forgotten milieu he is depicting here – grim but also tender, an approach echoing some of his best documentaries. “God forgives everything?” asks one man in desperate need of validation, which has apparently driven him all the way to the church. “Well, not everything,” he hears in response. Certainly not in Rossetto’s movies, oh no.

Produced by Francesco Bonsembiante for Italy’s Jolefilm and Rai Cinema, Effetto Domino was made with the support of the Creative Europe programme.

“In my world, the actors can’t go wrong” 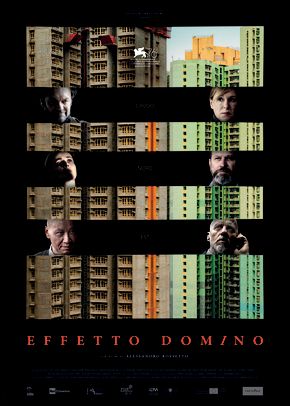 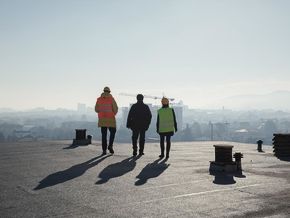