03/09/2019 - VENICE 2019: Inspired by a true story, Stefano Cipani’s feature film debut is a joyous and poignant family movie on the fear of being judged by others

Francesco Gheghi and Arianna Becheroni in My Brother Chases Dinosaurs

“It’s one of those films which, once you’ve seen it, you leave the cinema a better person”. This is how the volcanic Spanish actress and Almodovar icon Rossy De Palma has described My Brother Chases Dinosaurs [+see also:
trailer
making of
interview: Stefano Cipani
film profile], the first full-length work to come courtesy of 33-year-old director Stefano Cipani (who had already authored numerous short films and music videos) in which she is starring. A joyful and touching ode to imperfection and diversity, based upon a true story – that of 22-year-old Giacomo Mazzariol and his “special” family, told by the young man himself in the successful book of the same name which has sold 300,000 copies to date – and falling somewhere between family movie and coming-of-age tale, the film was presented at the 16th edition of the Venice Film Festival’s Giornate degli Autori as a Special Event.

While De Palma plays the outlandish “aunt”, Alessandro Gassmann and Isabella Ragonese take on the roles of the father and the mother of the family, respectively. At the beginning of the film, we see them announce the imminent arrival of a baby brother to their three small children, to the particular delight of their son Jack (portrayed as a child by Luca Morello and as a teenager by Francesco Gheghi). Right away, we feel that this is a happy and close-knit family and, once the initial shock has subsided over the subsequent discovery that their new arrival Gio (first played by Antonio Uras, then Lorenzo Sisto) has Down’s Syndrome, not even this unanticipated news succeeds in dampening the parents’ spirits. The problem, however, is their little boy Jack, who is first told that Gio is quite simply “special”; as a result, he’s convinced that his little brother has superpowers and when he realises that what Gio actually has is a disability, Jack goes into crisis. Once he’s a teenager, he denies the existence of this “inconvenient” brother altogether, vis-à-vis his school friends but especially the girl he’s fallen for: Arianna (Arianna Becheroni). Naturally, it’s a lie which doesn’t have legs.

My Brother Chases Dinosaurs is a portrait of a family which is simple through anything but ordinary, and the tone of the film happily captures the great light-heartedness of the book. The feeling that in certain points this portrayal might go too far - and that this family unit is almost too ideal in terms of the  openness its members display, their conversations, the shared nature of their decisions and their general love for life, all of which can sometimes seem too affected – is soon quelled by the revelation that, according to all those who worked on the film, the Mazzariol family are genuinely like this in real life: in this family, they make a point of listening to one another. With this in mind, the crisis which teenager Jack experiences, his fear of what others will think and his refusal to accept his brother’s difference, are subsumed into the story with great delicacy and balance (the screenplay was penned by Fabio Bonifacci alongside Giacomo Mazzariol). Meanwhile, young Francesco Gheghi embodies his character’s torment with genuine skill. It’s true, this is one of those films which you feel a bit better for seeing, because it centres around good intentions, but because it also leaves room for mistakes and for weakness – not to mention a spot of meanness – subsequently transforming these into important opportunities for growth.

My Brother Chases Dinosaurs is a co-production between Italy and Spain, courtesy of Paco Cinematografica and Neo Art Producciones, alongside Rai Cinema. The film will be released in Italian cinemas on 5 September via Eagle Pictures.

more about: My Brother Chases Dinosaurs

VENICE 2019: Italian director Stefano Cipani talks to us about his feature debut, My Brother Chases Dinosaurs, presented as a special event in the Giornate degli Autori 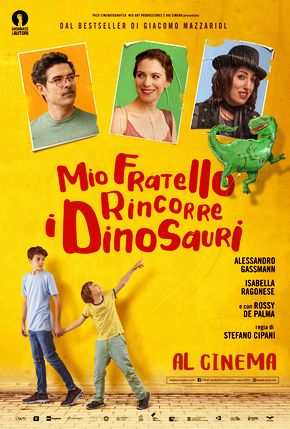 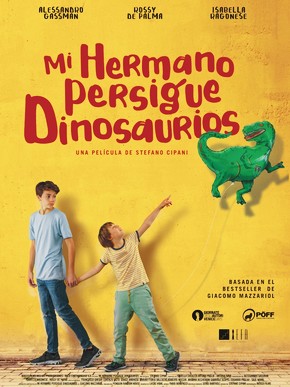 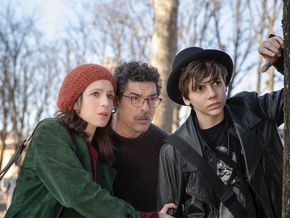 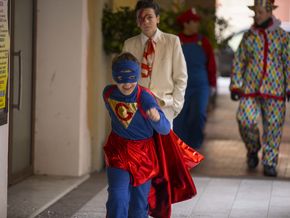 Europe and the Rest of the World – 14/09/2021
AJD Industry Days to be launched in 2022
The industry programme of AJB DOC will be launched at the 5th edition of the festival, while an MoU was also signed by the Al Jazeera Balkans and Al Jazeera Documentary managing directors