Petr Kotlar in The Painted Bird

Arguably the showiest entry competing at this year’s Venice International Film Festival is a nearly three-hour-long adaptation of a 1965 Jerzy Kosiński bestseller about the excruciating ordeals of a young boy struggling in the godforsaken middle of a World War II-stricken Eastern Europe. With this movie, starring an international arthouse ensemble cast, many of them dubbed into Interslavic (the first film ever to feature this language), and shot in black and white on 35 mm film stock, director Václav Marhoul (Tobruk) aims high. Might there be a grand prize in store, or is The Painted Bird [+see also:
trailer
interview: Václav Marhoul
film profile] really a juicy white elephant?

For the first 20 minutes or so, it can surely go both ways. Our hapless little whipping boy (Petr Kotlar) starts out by getting a thorough beating by the local village lads, who also set fire to his pet ferret. “Your parents will soon come for you,” assures his babushka-like housemother, who proceeds to behead a chicken. Boy (who is never addressed by name by any character) plays with a mechanical violin-playing toy and fondles a tattered photo of his (well-mannered and Jewish) family. Babushka-lady sits down in her chair and instantly dies, making Boy drop his lantern and set fire to the house. He’s collectively beaten with hard sticks by angry villagers, who sell him to a witchy healing woman, who promptly ties a rope around the waist of her new assistant.

Constantly treading the proverbial inch-wide line between the sublime and the ridiculous, The Painted Bird manages to steer clear of either attribute. It quite admirably remains captivating throughout its duration, thanks to both its look and its cast, as well as the division into different chapters, each named after one of Boy’s encounters. After “Marta” the old lady and “Olga” the healer, Boy works for “Miller” Udo Kier in what is possibly his most evil performance to date. “Lekh” the bird catcher paints the wings of one of his sparrows and throws it up in the air, only for the other birds to brutally tear it apart (a clear metaphor for Boy). There’s Stellan Skarsgård as a decent German, Harvey Keitel as a well-meaning priest, Julian Sands as a pederast farmer, Julia Valentova as an oversexed farm girl, and Aleksei Kravchenko and Barry Pepper as Russians. Assorted killings, fornications (mainly forced), animal abuse (including zoophilia) and the gouging out of eyeballs all take their toll on Boy, who, bit by bit, turns increasingly badass.

Some press-audience walkouts aside (Udo Kier removing eyeballs with a spoon is strong meat), The Painted Bird was received with a fair round of applause. Its uber-arty, audacious mannerisms, plus the fact that it takes on bona fide masterworks with similar themes, like Ivan’s Childhood and Come and See (even casting that film’s lead actor), could easily have seen it ripped to shreds, like the titular bird. As it stands, it may just get away with it, if only by that proverbial inch. No mean feat.

more about: The Painted Bird

“During these 11 years, I’ve had the best producer in the world: Václav Marhoul”

VENICE 2019: We chatted to Czech director Václav Marhoul about his gutsy and divisive competition entry, The Painted Bird

Robert Hloz’s feature debut takes place in the near future, where everybody has a constitutional right to have their life restored if they die an unnatural death

Foreign productions are re-energising the Czech audiovisual industry, which has recovered to a record-breaking level despite the ongoing coronavirus pandemic 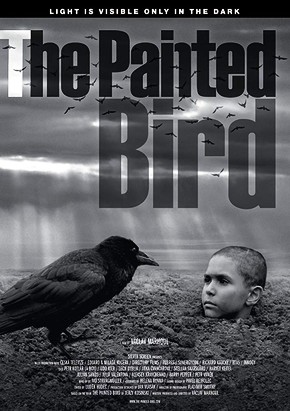 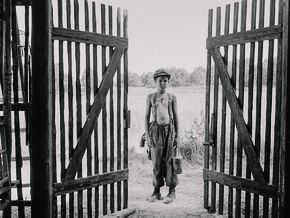