The suspicion aimed at any film called Rialto [+see also:
trailer
interview: Peter Mackie Burns
film profile] that premieres in the Orizzonti section of the Venice Film Festival is that it must be about the famous Venetian landmark. But the opening scenes showing Ireland, not Italy, quickly put paid to that assumption in this grubby film about mid-life crisis and masculinity from Peter Mackie Burns. Last time around, Burns made Daphne [+see also:
film review
trailer
film profile], a picture about a dysfunctional female going through an early mid-life crisis. This movie is an adaptation of Mark O'Halloran's play Trade, and the new title, Rialto, is more a link to the marketplace than to the bridge.

Taking place over five days, the disintegration of Colm (Tom Vaughan-Lawlor) comes thick and fast. It starts with him following a young man into a toilet, a paid encounter. Jay is a 19-year-old co-worker, and this interaction is the start of Colm's infatuation. The status of the relationship is unorthodox, to say the least. Jay (Tom Glynn-Carney) is not subservient to Colm, which could be expected when he's on the receiving end of the transaction. Jay sees Colm as a job, and his interactions are orchestrated around making bank. The relationship is a tricky one to judge, as both men are in relationships with women and have sired children with them. It seems as if the death of Colm's father is the first of several major life events that will hit the 46-year-old. It's murky as to whether it's a coming-out story, as he never proclaims himself homosexual, but does admit to his homosexuality. Jay, for his part, is happy with his new baby and sees being a sex worker as a job, and he's not fussed about whether he sees men or women. There are echoes of the ambiguity in Ang Lee's Brokeback Mountain, although the films couldn't be further apart in terms of execution.

Burns makes the audience feel as uncomfortable and as frustrated as Colm. It's a bold tactic that makes it a difficult watch, as the director plays scenes long, leaving the status of relationships opaque and enforcing a sombre tone. However, it's a film that sits firmly in the consciousness for days afterwards, benefitting from hindsight.

His downward spiral goes from bad to worse. Colm is offered redundancy and has a significant family breakdown. All of this combined with the moroseness of Colm's personality makes Rialto challenging to sit through. There's one poorly executed moment of heavy-handed storytelling: Colm declares he doesn't want to be like his father, then acts heinously towards his son Shane (Scott Graham). The directness of the attack on his son feels out of kilter with the ambiguity Burns shows in depicting other relationships elsewhere.

Where Burns could be more explicit is in revealing the reasons for the sexless relationship Colm has with his wife Claire (Monica Dolan). Does Colm avoid sexual contact because he's impotent or gay, or because he is in a moment of crisis? Claire's reaction seems to suggest that the bedroom inactivity has been going on for some time. The distinct take-away is that he is gay, but that is not a bridge that Burns chooses to cross, at least not directly.

Rialto is an Irish-British production staged by Cowtown Pictures and The Bureau. The Bureau Sales owns the worldwide rights.

VENICE 2019: Peter Mackie Burns chatted to Cineuropa about his Orizzonti film Rialto, which has nothing to do with the bridge in Venice

“I have learned the most from working with other producers”

After a one-year break and the subsequent reorganisation of the body, this year’s edition saw the triumph of Lance Daly's Black '47 and Lisa Barros D'Sa's Ordinary Day

The cameras are rolling for TV series The South Westerlies 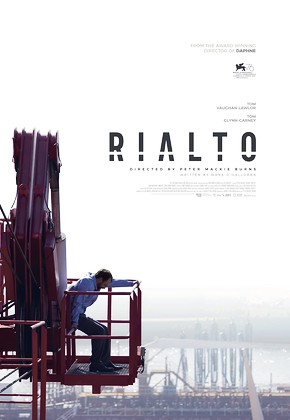 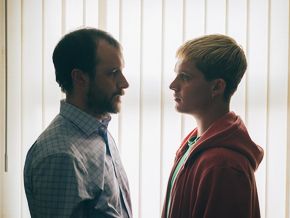