11/09/2019 - Israeli Keren Yedaya directs a musical against war and for national demilitarisation, based upon the controversial 1980s rock opera Mami

In 1986, at just 14 years of age, director Keren Yedaya was among the very many Israelis who saw the controversial rock opera Mami. The show composed by Hillel Mittelpunkt, Ehud Banai and Yossi Mar Haim became a cult phenomenon up and down the country as a result of its anti-military spirit. It championed a self-critical approach, opening the debate on the Israeli occupation of Gaza and West Bank territories through its surreal, science fiction storyline. Thirty years later, the filmmaker who won the Caméra d’Or for My Treasure at the Cannes Film Festival has now adapted this theatrical show into a film. Presented in a preview and honoured at the Jerusalem Film Festival, Red Fields [+see also:
trailer
film profile] is also screening in the rich Contemporary World Cinema line-up of the 44th Toronto International Film Festival.

True to the original operatic text, the musical film Red Fields is led by Mami, a petrol station employee in southern Israel, recently married to a soldier. Actress and Singer Neta Elkayam – who was also born in the country’s precarious South – brings the iconic character of Mami to life, while Ami Abu plays her husband. A non-diegetic singer (Dudu Tassa), accompanied by an orchestra, drives the film’s narration forwards. Just like the opera, the narrative structure of Yedaya’s work is based around a duplication of the film’s action: first Dudu Tassa and the orchestra perform a song, revealing what’s about to happen. Then, Keren Yedaya and her actors enact the content of the latter.

At the very beginning of the musical, Dudu Tassa and his orchestra, composed of wind instruments and strings, alert us to the tragic accident which has left the soldier in an irreversible comatose state. But, faithful to its anti-war form, any military action in the story takes place off-stage, leaving the director of Jaffa [+see also:
trailer
film profile] and That Lovely Girl to focus on the suffering of the protagonist in the long hours she spends waiting in the hospital, in order to demonstrate that the only guilty party in this scenario is war itself. The life of this financially challenged couple is fatefully scarred. Nevertheless, Mami sets out on a journey towards Tel Aviv, taking her comatose husband in a wheelchair with her, in pursuit of new opportunities, and the start of her journey coincides with a radical break in the film’s tone: Keren Yedaya abandons the cinematographic classical realism which characterises the first part of the film, not to mention her entire film back-catalogue, instead embracing unbridled surrealism.

Red Fields is an odyssey of outlandish events which unfold in the ominous city of Tel Aviv. The protagonist will be the victim of attempted rape, social discrimination as a result of her southern roots, scientific experiments on her brain and a bizarre presidential campaign which will see her elected as national leader, embarking the country on the worst war imaginable. Through surreal science fiction and profoundly political lyrics, however, Red Fields transcends it all to become a magnificent ode to the demilitarisation of Israel.

Israeli Keren Yedaya directs a musical against war and for national demilitarisation, based upon the controversial 1980s rock opera Mami

The French sales agent’s slate boasts 3 films being showcased on the Lido, 2 of which are competing for the Golden Lion, 4 on the programme of the Canadian festival and 6 titles in post-production

The French company is selling Bertrand Bonello’s new film and the feature debut by Erwan Le Duc, which will be world-premiered in the Directors’ Fortnight

In late November, the latest session of the film fund’s selection committee earmarked an overall contribution of €3.1 million from its 2018 budget and €4,689,295 from next year’s 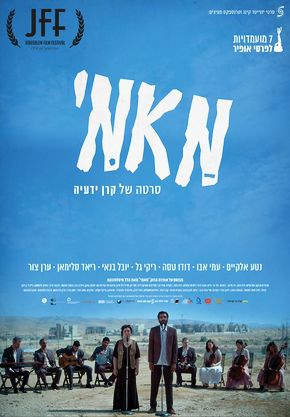 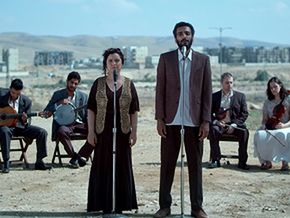