The last day of school is usually remembered with a certain sense of joy, owing to the euphoria that we, as children, felt over the arrival of the summer holidays. And yet, for the children of Lebanon, the last day of school in 1982 was a tragic moment in time. One of these children was new director on the block Oualid Mouaness, who, at ten years of age, witnessed first-hand the Israeli army’s invasion of his hometown, Beirut. His stirring first work 1982 [+see also:
trailer
film profile], presented in the Discovery section of the 44th Toronto International Film Festival, chronicles that afternoon at the end of June which changed the face of Lebanese history, telling the tale through the eyes of a child, blissfully unaware of the events unfolding around him.

Mouaness’s debut film is set entirely within the space of that one fateful day. Its lead character is an eleven-year-old boy called Wissam (Mohamad Dalli) who plays a possible alter ego of the director at that time, and who is locked inside his school alongside his classmates, under teachers’ orders, after seeing tanks rumbling through the streets and hearing bombs falling to the ground.

The great strength of 1982 is its portrayal of an imaginary line of demarcation between two worlds (the adult world and that of children): a boundary which separates those who know the truth from those blissfully unaware of the gravity of the situation; a line drawn by adults in an attempt to protect the young. On the one hand, representing the world of children, we have Wissam, while the spokesperson for the adult universe is Wissam’s teacher, remarkably embodied by the Lebanese filmmaker and actress Nadine Labaki (Capernaum [+see also:
film review
trailer
film profile], Where Do We Go Now? [+see also:
trailer
film profile], Caramel [+see also:
trailer
film profile]).

Despite the political and anti-war spirit of 1982, this is no military conflict thriller. It’s an emotive fiction film focusing on a boy who decides to declare his love for his classmate at the worst possible moment. Wissam uses their confinement in the school to his advantage, revealing his most closely guarded secret to his beloved Joanna (Gia Madi) out of fear that the summer holidays will drive them apart. 1982 is a hymn to the innocence of childhood, defending the unexpected manner in which the latter manifests itself during one of the most horrendous moments in Lebanon’s history.

1982 is produced by US firms Tricycle Logic and Mad Dog Films, and by Lebanese outfit Abbout Productions, and is co-produced by Norway’s Barentsfilm in association with Boo Pictures, Soapbox Films and Old Mill Ventures, and with the support of the Doha Film Institute, Sørfond+ and the International Organisation of La Francophonie’s Image de la Francophonie fund, to name but a few. Heading up international sales, meanwhile, are Canadian firm WaZabi Films.

At the industry event held in Oslo, filmmakers and producers from Latin America, Africa and Asia presented their films to an audience of Norwegian producers

Sole and Stitches triumphant in Montpellier

The films of Italian director Carlo Sironi and Serbian director Miroslav Terzic are joint winners of the Golden Antigone award. A Special Mention goes to Madre and the Audience Award to Two of Us

Pietro Marcello’s film was awarded by a jury comprising Athina Rachel Tsangari, Carlo Chatrian and Jessica Kiang; other gongs went to Proxima and How to Build a Girl 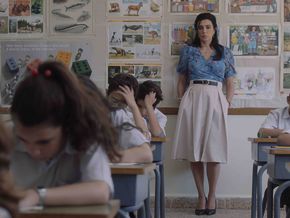 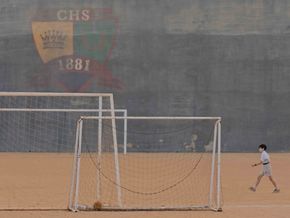 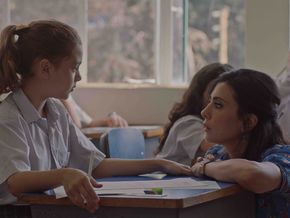 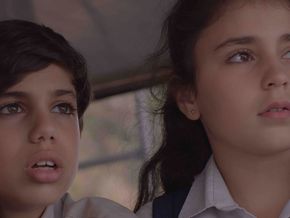