12/09/2019 - The feature debut by Minos Nikolakakis mixes an arthouse approach with various horror tropes, resulting in an engaging and disturbing picture

After the death of his father, 35-year-old doctor Panos (Prometheus Aleiferopoulos) travels in his car to the village of Alyti, located on the Parnonas Mountain in the Peloponnese region, to offer his services. On the road to the village, he hits a young woman who runs off when he tries to help her.

In the village, he is met by a predominantly elderly community wary of strangers. The old woman who is in charge of the bare-bones medical facility tells him that the village had never had a doctor before. Another lady begs him to help her find her missing son. The atmosphere is eerie, but Panos will not allow superstition to cloud his scientific confidence.

The village is surrounded by hectares of forest that the villagers respect and fear. With nothing to do, as no one is coming to visit him, Panos goes to explore the forest. There, he finds a solitary cabin and in it a beautiful and mysterious young woman, Danae (Anastasia-Rafaela Konidi) – the one he hit on the road earlier. She speaks in an odd way, as if reciting sentences from an old book, and parts of her skin are affected by a disease that gives it the texture of a tree trunk. But suddenly, an old, drunk, emaciated man, who Danae says is her father, comes barging into the room and Panos has to run.

When he comes back the next day, he encounters a disturbing scene: Danae is having sex with the old man. In the ensuing scuffle, Panos pushes the old man to the floor and he hits his head. The doctor takes him to the hospital and returns to Danae, who definitely does not act like a liberated victim of family sexual abuse. Rather, she tells him he needs to rest and gives him a drink that knocks him out. When he wakes up after what she says was three days, it turns out it is impossible for him to leave: he can't find the way out of the forest, and maybe he doesn't really want to – he is increasingly falling for Danae.

Nikolakakis deftly mixes folklore and ancient Greek mythology and gives it a modern angle to create a story in which Eros and Thanatos go hand in hand, rather than being opposed to one another. It is an intimate and atmospheric arthouse horror film in which the forest setting plays a big role. In the hands of DoP Thodoros Mihopoulos, tree branches, grass and shrubs take on a menacing quality as the mystery progresses.

The lighting gives Danae a fairy-like, whitish aura, in stark contrast with Panos, who seems to always be in the shadows in his drab-coloured clothes. And with fire being a very important piece of the puzzle, the cabin's hearth is used both as a source of soft light and as a narrative element.

Both main actors do a good job, but Konidi is the one to watch, as she builds an ephemeral but still very present character – she may be a mythical being, but she is definitely no ghost. Sotiris Debonos' music creatively combines the melancholy and evocative with the eerie and mysterious, often within the same piece.

Entwined was produced by Minos Nikolakakis together with Lilette Botassi for Greece’s Inkas Film Productions, with Multivision, Authorwave and the UK’s Melancholy Star, and it secured support from the Greek Film Centre and ERT SA. The world sales are handled by French outfit Stray Dogs.

EXCLUSIVE: Trailer and poster for Entwined

The Greek director has finished her first feature, about a place that can no longer sustain animal life, where a young couple takes care of dead animals to give their lives meaning 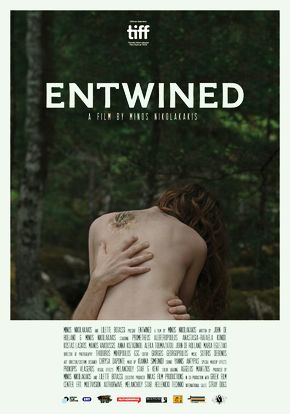 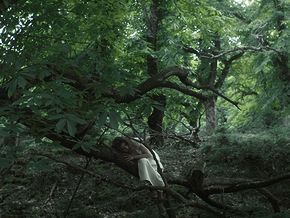 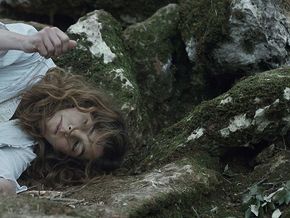 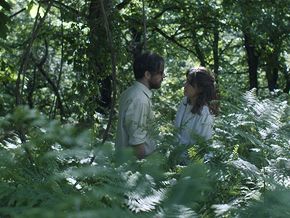 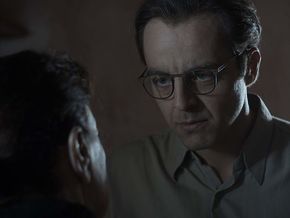 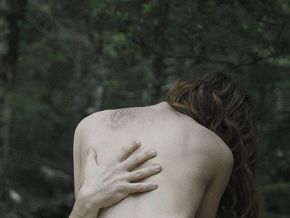