After a successful international tour with her dance company, Anja (Andrea Bræin Hovig) returns home to celebrate Christmas and everybody is waiting for her: her life partner and theatre director Tomas (Stellan Skarsgård), their three children, along with the three children from Tomas’ first marriage, and her father. But right before Christmas day, Anja receives a terrible diagnosis: she suffers from a terminal brain tumour that is probably a metastasis of the lung cancer she recovered from the year before. According to the first estimations, the tumour is inoperable, and Anja only has a couple of months left to live. As the news begins to break, she begins to change and, in the dramatic following week, her relationship with Tomas will be put to the test.

Hope is an extremely private and fragile story evolving across just seven days and which, through a life-threatening event, reveals the feelings of a couple that was previously in denial, forcing them to face their evident yet well-hidden problems. Instead of “simply” chronicling yet another midlife crisis about age, work or ambitions, Anja and Tomas’s crisis is a final chance to prove that their relationship was real and not based on neglect or ignorance. With time no longer on their side, they are forced to be frank with each other in a way they may never have been before in their 20-year relationship. These few dramatic days are an opportunity for redemption and for a reconciliation with both the past and an unknown, possibly brief future. In this process, they must navigate a delicate balance between exposing their own personal unfulfilled dreams and intimate confessions without attacking or hurting each other. Ultimately, both must decide whether there is still any hope for their love, as life rarely gives anyone a second chance to find out.

Written by Sødahl, Hope is based on her personal life story when, seven years ago, she received a terminal cancer diagnosis and went through this extremely difficult experience with her husband, director Hans Petter Moland. In a most autobiographical move, Sødahl faces her past with realism and delivers an organically emotional, never melodramatic work whose raw and unpretentious approach is extremely moving and always remains truthful to her own experience.

This delicate emotional complexity is brought out by the captivating and affecting performances from the cast. Rising Norwegian star Andrea Bræin Hovig portrays the Sødahl-inspired character of Anja through the ordeal, embodying her various emotions through this life-changing event. By her side, Swedish megastar Stellan Skarsgård plays the character of Tomas, based on his good friend and collaborator Moland, as an affecting and engaging character who nevertheless needs to distance himself from the events.

Hope is a Norwegian-Swedish co-production by Thomas Robsahm, Yngve Sæther and Espen Osmundsen for Motlys AS with Zentropa Sweden, Film i Väst and Oslo Pictures, supported by the Norwegian Film Institute and the Nordisk Film & TV Fond and Eurimages. Danish firm TrustNordisk is handling world sales.

“One should never take love for granted”

The Swedish comedy Call Mom! by Lisa Aschan has come out on top in the Comedy Competition

Nine wins out of ten nominations is the excellent result for Dag Johan Haugerud's film at the 2020 Amanda ceremony, held at Haugesund on Friday night

Beware of Children wins big at the Kanon Awards 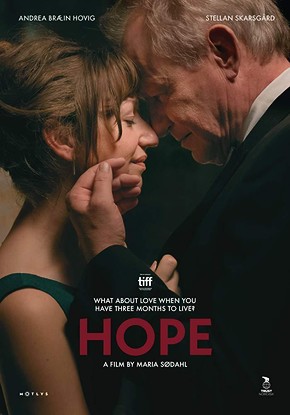 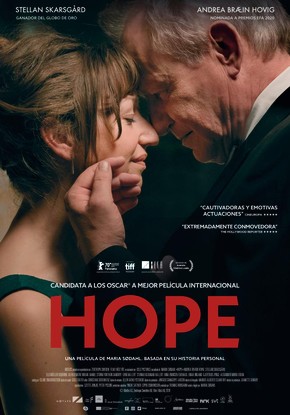 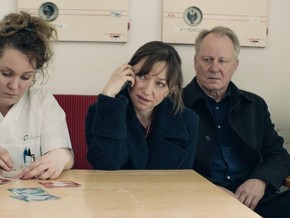 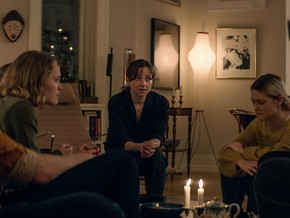 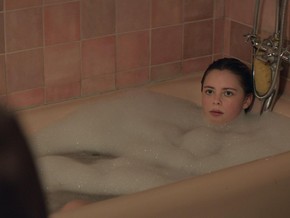 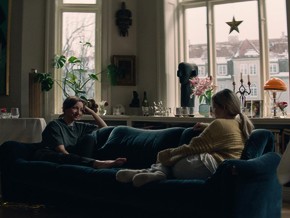 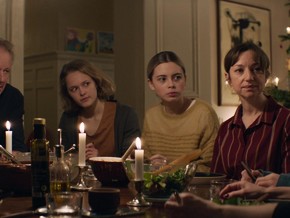